Data Sheet—Tech Designers Have a ‘Moral Obligation’ to Help the Environment, But They’re Not 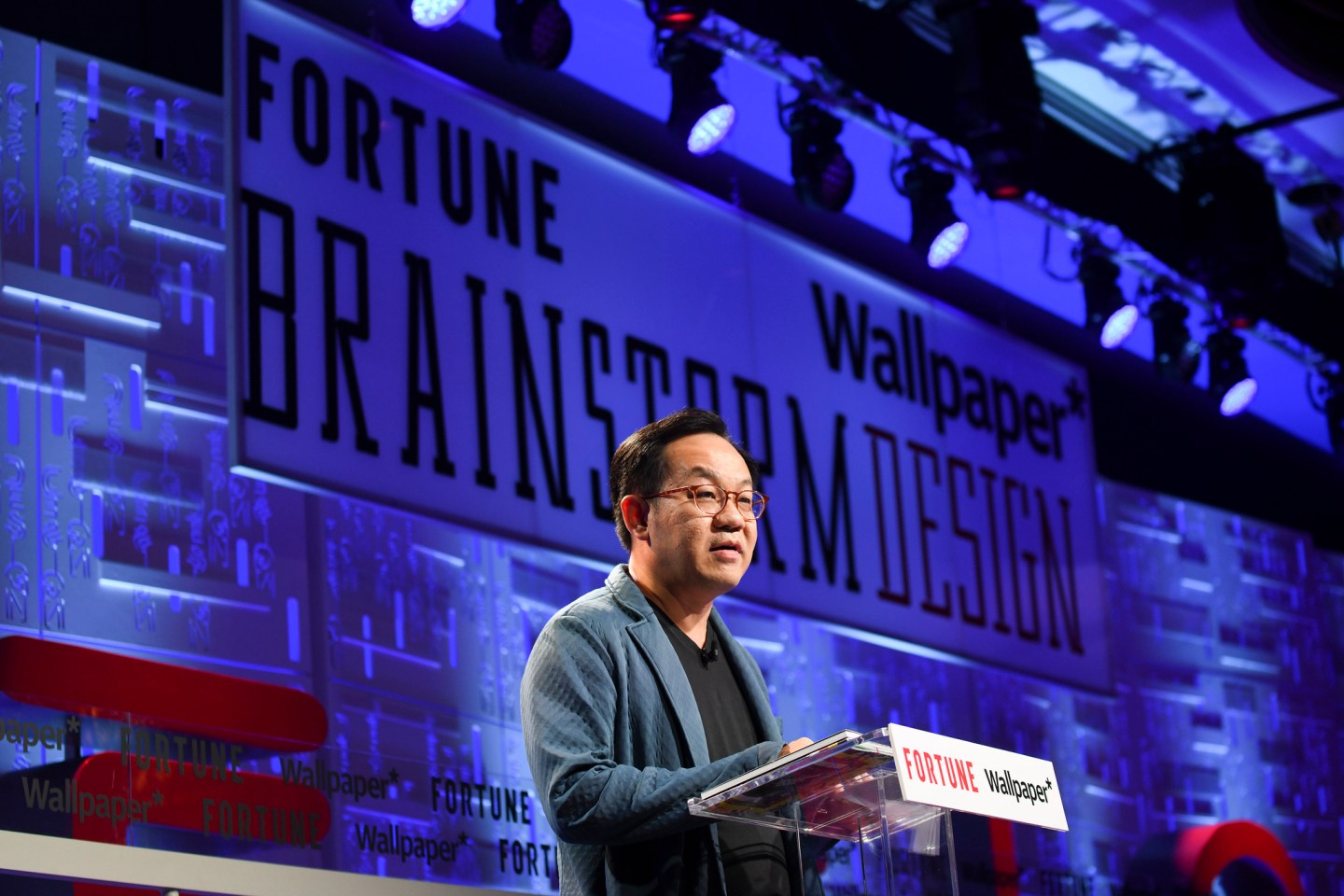 Greetings from Singapore, where we’ve just concluded Brainstorm Design. A central premise of this gathering, now in its second year, is that design has extraordinary power. In our increasingly digitized, globalized modern economy, designers, with their heightened ability to “empathize” with customers and fashion products that surprise and delight, have moved from the periphery of large organizations to positions of great authority. At Fortune 500 companies, disruptive startups and government agencies alike, designers now hold sway over crucial decisions about strategy, structure and culture.

And yet, threaded through many of this week’s fascinating presentations and conversations about design was a conundrum I’ll call “The Spiderman Question” because it evokes the admonition often attributed to Peter Parker’s Uncle Ben: “With great power comes great responsibility.”

Tony Fadell, the celebrated creator of the iPod and iPhone and founder of Nest, argued yesterday that designers have many moral obligations, including to stop creating products that harm the environment. He called out Amazon for “greenwashing”—pretending to care about protecting the environment without doing anything about it. Satoru Matsuzaki, president of the parent company that owns Muji, said the Japanese retailer not only refuses to sell products that harm the environment but refuses to sell products it considered “inessential.” Studio Formafantasma co-founder Simone Farresin offered a plug for design as aid to recycling.

Margaret Gould Stewart, vice president of product design at Facebook, shared a framework of “four quadrants of design responsibility” for navigating designers’ duties to individuals and society. “Design is this incredibly powerful persuasion tool,” she said. “There is no such thing as neutral design.”

John Cary, author of Design for Good, previewed “The Designer’s Pledge,” a 10-point ethical manifesto drafted by a coalition of leading designers and design-driven companies including Airbnb, Apple, Google, IBM, and IDEO. Among the pledge’s injunctions: “Create value while safeguarding against harm.”

And yet IDEO CEO Tim Brown, one of the pledge’s signatories, warned that designers must go beyond the promise of the physicians’ Hippocratic Oath to “do no harm” because they are also obligated to take risks. The solution, he argued, was to constantly step back, reflect and reassess—and when necessary, re-design. Still, many participants expressed discomfort with the idea that designers should style themselves as Chief Morality Officers. To do so, some warned, was arrogant, and would only set designers up as the fall guys for ethical choices that should involve all executives with decision-making powers.

You can't always get what you want. In a long blog post on Wednesday night, Facebook CEO Mark Zuckerberg tried to address the growing outrage over some of his company's data collecting practices. Zuckerberg seemed to promise that users will be able to encrypt messages on all Facebook platforms and make private conversations that disappear, similar to Snapchat's best-known feature. The post drew a wide range of reactions. Google VC M.G. Siegler wrote that it "reads as sincere, but also directionally correct." Former tech reviewer Walt Mossberg sounded a more cynical note: "How long has he personally believed this? An hour? A day?" And although Adam got the day off from writing the essay today (stay tuned for tomorrow), his initial reaction to me was that Zuck was trying to "have his cake and eat it, too."

Your fair share of abuse. Chinese telecom maker Huawei fired back on Wednesday evening against U.S. lawmakers and the Trump administration’s efforts to bar its products from the U.S. market. In a wide-ranging lawsuit filed in federal court in Texas, Huawei charged that a ban on government agencies buying its equipment violated multiple constitutional principles because it singled out the company without evidence.

Her footloose man. You may not be surprised to learn—I was not—that investigators working for digital currency exchange QuadrigaCX have finally gotten into the laptop of deceased founder Gerald Cotten and discovered that about $137 million worth of assets is gone.

You get what you need. eBay founder Pierre Omidyar's Omidyar Network is spinning off its financial services investing unit as a separate firm dubbed Flourish Ventures with $300 million of capital. The unit has already backed 40 startups in the financial services area with an emphasis on making a positive social impact. In other private investing news, SoftBank Group said it was creating a $5 billion fund focused on tech companies in Latin America.

We're gonna blow a fifty-amp fuse. Almost a year after Google debuted its impressive A.I. bot that could make restaurant and other reservations, the company is rolling out the app, dubbed Duplex, to everyone in the United States, starting with Pixel 3 phone users. Well, almost everyone. Laws in seven states (Kentucky, Louisiana, Minnesota, Montana, Indiana, Texas, and Nebraska) won't allow Duplex, so users in those states will have to call the hair salon on their own.

My favorite flavor, cherry red. Not all experiments succeed, so after a few years of trying pop-up stores, Amazon says it is shuttering all 87 and will instead focus on other retailing efforts like its bookstores and a new chain of grocery stores. Another experiment proceeds apace. Amazon and partners J.P. Morgan Chase and Berkshire Hathaway said their new healthcare startup will be called Haven.

After yesterday's poem against the "Netflix of Everything" metaphor, today let's examine a similar trope, "The Uber of Everything." Staff writer Alexis Madrigal at The Atlantic has assembled a list of every company he could find since Uber started in 2009 that was using a similar business model of organizing independent contractors to perform a service, usually via an app. Of the 105 companies on the list, 28 have gone out of business and 19 have been acquired. Four—DoorDash, Grubhub, Instacart, and Postmates—are valued at $1 billion or more and have attained unicorn status. That leaves about half, 53, that are still around and doing...okay. Madrigal's take on the trend is fairly dark:

What the combined efforts of the Uber-for-X companies created is a new form of servant, one distributed through complex markets to thousands of different people. It was Uber, after all, that launched with the idea of becoming “everyone’s private driver,” a chauffeur for all. An unkind summary, then, of the past half decade of the consumer internet: Venture capitalists have subsidized the creation of platforms for low-paying work that deliver on-demand servant services to rich people, while subjecting all parties to increased surveillance.

Barack Obama on Social Media: I Don’t Read the Comments By Alyssa Newcomb

While we all wait for the return of supersonic passenger aircraft, the good folks at NASA are studying how to make the craft quieter. In the interim, feast your eyes on these cool photos that NASA created by capturing the shockwaves and air plumes from two planes traveling faster than the speed of sound and only nine meters apart. Gorgeous.