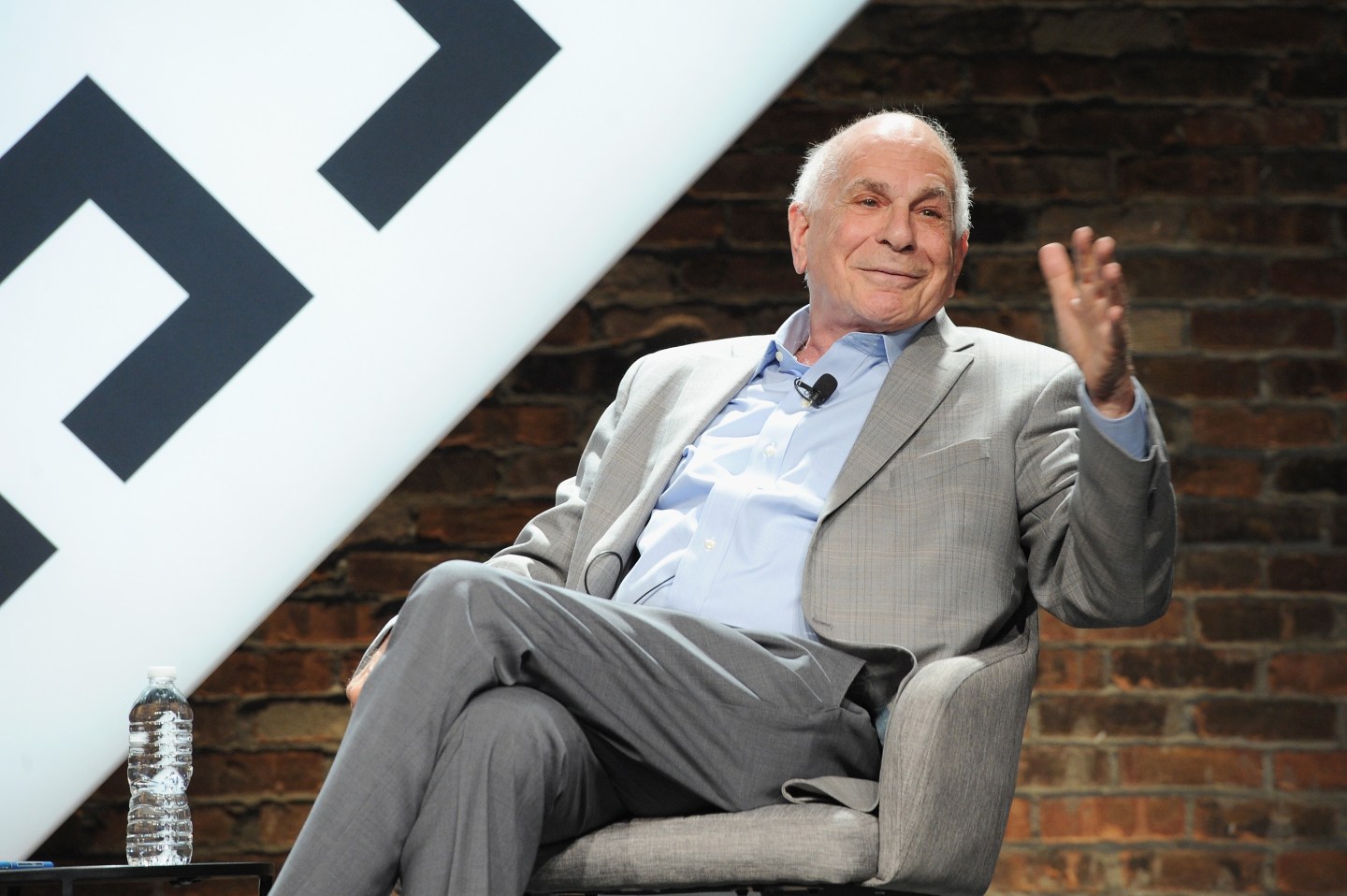 The Age of A.I. promises a revolution in business decision making, driven by ubiquitous data and ever more powerful algorithms that will lead to ever better predictions about how options play out in the future.

How do you do that? Well, a good place to start is with the world’s leading expert on human judgement: Nobel Prize (economics) winning psychologist Daniel Kahneman. If you haven’t read his brilliant book, Thinking, Fast and Slow, you should start now. But in the meantime, he has co-authored a short piece for the MIT Sloan Management Review, which is out this morning. CEO Daily got a sneak peak, and recommends it to every business decision maker.

The crux of the piece is this: humans have all sorts of known biases that infect their decisions. Among them: confirmation bias—we look for evidence that confirms our initial impression; availability bias—we give too much weight to the most recent evidence; and excessive coherence—we create coherent stories too quickly from scant evidence, suppressing nuance and contradictions.

Using Kahneman’s wisdom, a number of talent-focused companies, such as Google, Amazon and McKinsey, have created structured interviewing techniques to reduce such biases in hiring. In this new piece, Kahneman and his co-authors argue for extending that framework to other business decisions—whether to make an acquisition, for instance, or a major investment. They advocate a process that begins by identifying a handful of “mediating assessments”—key attributes that are deemed critical to the evaluation—and then scoring each of those individually and independently (executives making assessments should not be influenced by one other.) Then, unless a deal-breaking fact is uncovered, the final decision is made after all the key attributes have been scored, and the assessments assembled. You can read the piece here.

I’ve just landed in Singapore, where Fortune’s annual Brainstorm Design conference starts tomorrow. First up on stage will be a man who helped make “design thinking” a thing: IDEO CEO Tim Brown. Brown has recently turned his attention to using design thinking to solve some of the world’s thorniest problems…as described in this Fortune excerpt from his new book.

I’ll be reporting from Singapore for the next few days. Other news below.

The Wall Street Journal's sources say the U.S. and China are "in the final stage of completing a trade deal" that would involve the U.S. dropping as many as all of its recent tariffs against Chinese products, and China also lowering tariffs and other restrictions on U.S. products and investments. The remaining sticking points are rather major, though: China's policy of favoring local companies, and the intellectual property problem. WSJ

Vale CEO Fabio Schvartsman has resigned over the deadly collapse of the Brazilian iron-mining giant's dam in Minas Gerais state earlier this year. The collapse killed 186 people in the town of Brumadinho, and 122 are still missing. Vale's new CEO is base metals chief Eduardo Bartolomeo. Three other executives also stepped down. The resignations had been urged by prosecutors. BBC

Wall Street has not reacted favorably to Elon Musk's tactic for achieving his hallowed goal of a base-spec Model 3 for $35,000: shuttering Tesla's retail stores. Shares dropped 8% on the news. Morgan Stanley's Adam Jonas: "While this may stabilize the air-pocket in Q1 sales, we’re concerned it’s a sign of a brand that may be, at the margin, losing its halo of exclusivity… We think the bears have more material to work with than bulls here." Fortune

More happily for Musk, SpaceX's Crew Dragon test went great, with the capsule making a "picture-perfect" docking with the International Space Station early yesterday. Crew Dragon is a version of SpaceX's spacecraft that is designed to carry people—this particular one was only carrying a sensor-packed dummy and some equipment, but its success brings the U.S. a step closer to getting people into space without the Russians' help. CBS News

The lawyers for Huawei's chief financial officer are suing the Canadian government and law enforcement over her detention and interrogation. Meng Wanzhou is set to be extradited to the U.S. to face fraud charges relating to Huawei's alleged Iranian sanctions-busting. Meanwhile, the Chinese company itself is reportedly planning to sue to the U.S. government for banning its equipment's use by federal agencies. New York Times

Google has claimed it does not have significant market power in Australian search, advertising and news media referrals. In December the country's competition watchdog said Google Search had a 94% market share and should therefore face fresh regulation alongside Facebook. Google now argues that there is no such thing as a news referral market, and that the "fierce competition" it faces in search should mitigate the agency's findings. Financial Times

The CEO of the British fashion brand Ted Baker has quit following allegations of misconduct including "forced hugs" and harassment. Ray Kelvin said the decision was difficult after 30 years with the label, but "the right thing to do is to step away from Ted and allow the business to focus on being the outstanding brand it is so it can face 2019 with fresh energy and renewed spirit." The new CEO is Lindsay Page. Guardian

Finally, don't miss Phil Wahba's great Fortune piece on the $250 million renovation of Saks Fifth Avenue's Manhattan flagship. As he writes: "The buzz of activity comes at a time when Saks has some wind in its sails again after faring a rough patch three years ago. Sales were declining quarter after quarter…Now, Saks has reported seven quarters of comparable sales gains in the last eight, including a 7.3% jump in the third quarter." Fortune