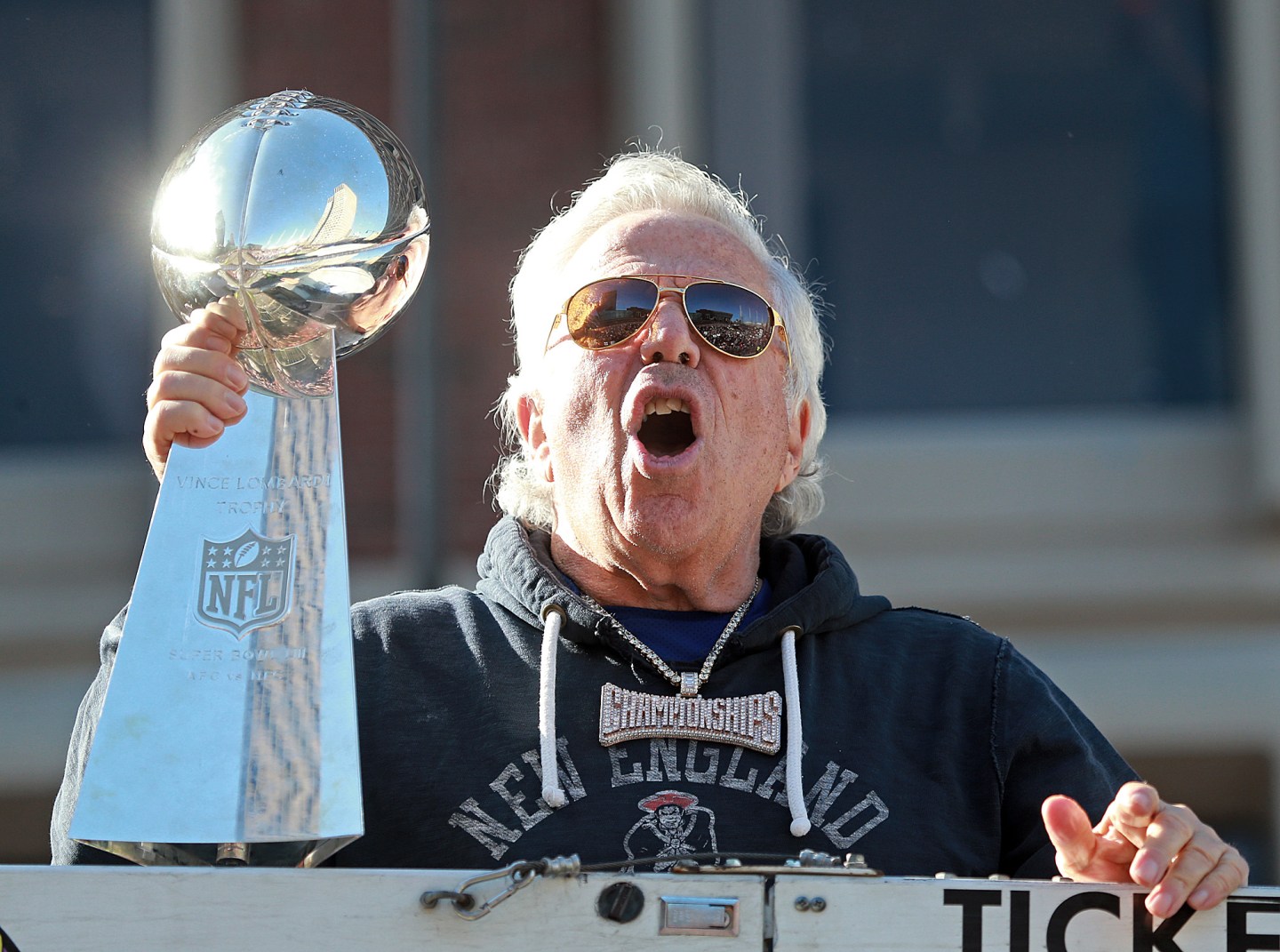 New England Patriots owner Robert Kraft pleaded not guilty to charges of solicitation of prostitution at a strip-mall day spa in southeast Florida, where prosecutors said he was videotaped committing the crime.

Kraft’s attorney filed a written plea with the court. Kraft requested a non-jury trial in the documents that were released Thursday. The charges carry a maximum prison term of one year, in addition to a possible $5,000 civil penalty, 100 hours of community service and human-trafficking awareness training.

Palm Beach County State Attorney Dave Aronberg said Kraft visited and paid for sex twice during a period of active police surveillance, including once on the morning of the American Football Conference championship game between his Patriots and the Kansas City Chiefs.

The case is part of an investigation that also ensnared other wealthy and influential men in a part of Florida known as a playground for well-off residents of the U.S. northeast. But police say the area is also home to a thriving human-trafficking business that spans from Florida to China, taking advantage of coerced women, who work long hours, sleep on massage tables and make meals on hot plates inside the stores.

Prosecutors haven’t brought human-trafficking charges in relation to the Orchids of Asia Day Spa episode that allegedly involved Kraft, but Aronberg has declined to rule out the possibility.