Nike Should Stop Sponsoring Colleges Until Student-Athletes Can Get Paid 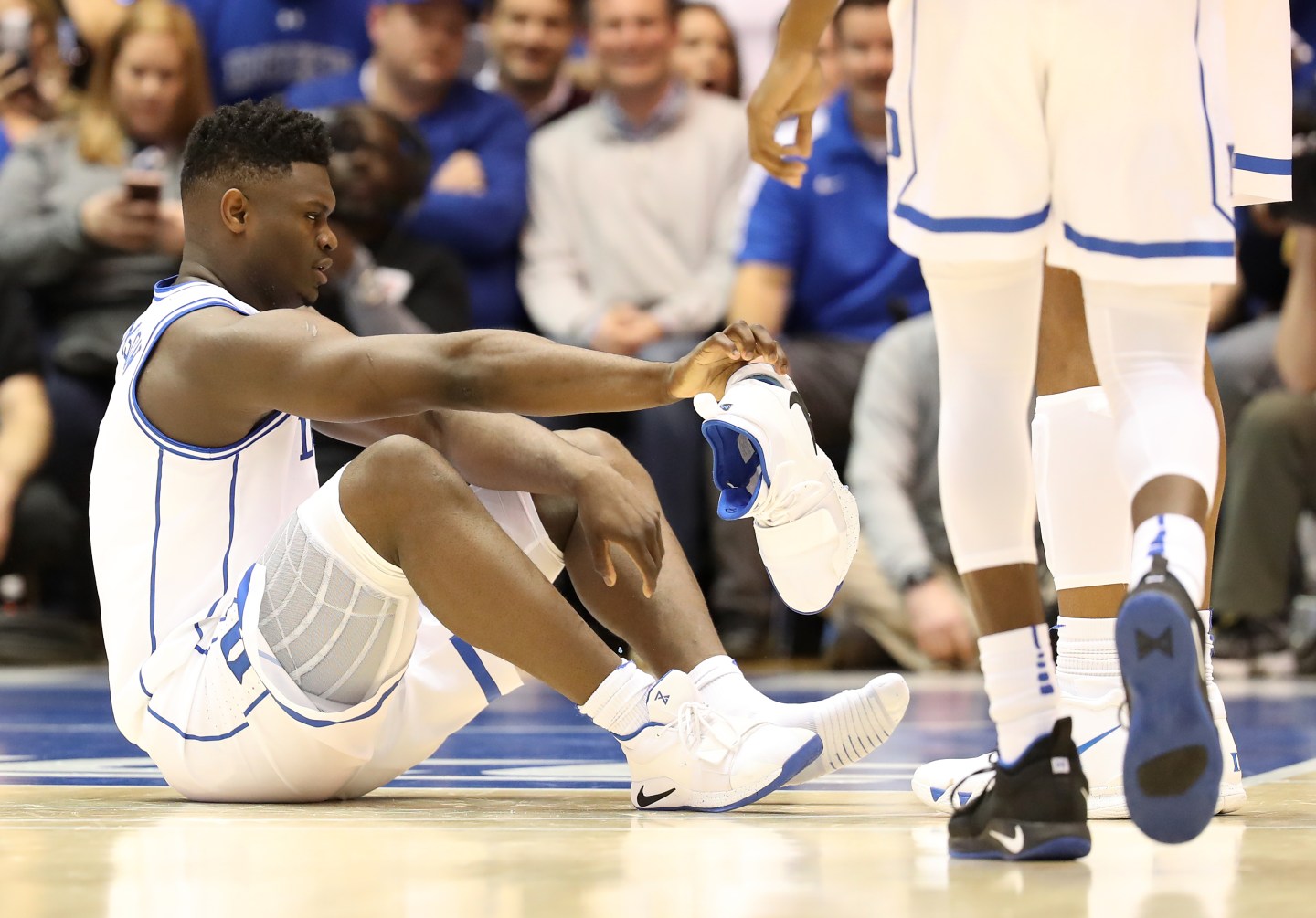 Duke University basketball star Zion Williamson’s injury last week—after his Nike shoe ripped apart on the court—renewed the debate over whether amateur athletes should risk their bodies playing in college when they stand to make substantial pay as soon as they go pro.

As usual, ire has been directed at the NBA, NCAA, and universities that support this unfair system. Yet, left mostly unscathed in these discussions are apparel brands like Nike, which reap the rewards of sponsoring college athletics while remaining silent on one of its most important issues.

It’s time for that to change. Nike and other companies should work together to end university athlete exploitation by suspending their support of college teams until players are paid.

College players provide free labor for the $11 billion-a-year industry of college football and men’s college basketball, but NCAA rules prohibit them from receiving compensation on top of their scholarships for playing and for endorsements. If these amateur players hope to ever be paid, they must participate in this system, since professional leagues like the NBA only allow players to join once they turn 19 and the NFL maintains a three-year waiting period after high school before a player can enter the league.

At the same time, apparel brands like Nike, Adidas, and Under Armour—as well as the NCAA and its member schools—profit greatly. In 2016, Under Armour negotiated a $280 million deal with UCLA for 15 years. Nike signed a $252 million agreement with Ohio State in 2016 and Adidas reached a $191 million contract with Kansas University in 2017, both for similar timeframes.

Past approaches to address the pay issue have consistently failed. Lawmakers and courts have been unable to adopt legislation or rules that prevent the NCAA from enforcing its prohibition on college athletes earning compensation beyond scholarships. The NCAA and member institutions continue to wield the outdated notion of amateurism as a shield to paying college athletes while everyone else involved—NCAA executives, coaches, athletic directors, television networks, and apparel companies—makes money.

The NCAA successfully asserted its amateurism argument in the O’Bannon v. NCAA case, which involved college athletes seeking compensation for the use of their names, images, and likenesses in video games. The ridiculous amateurism argument boils down to this: Consumers will watch college sports more if college athletes don’t get paid. Reality belies this argument, as consumers watch college sports out of loyalty to schools and geographical ties. Consumers watch so much college sports these days that multiple networks broadcast hundreds of games throughout the year, including spring practice intrasquad football games. ESPN has even created a channel devoted entirely to college sports—ESPNU.

Just as athletes like LeBron James and Colin Kaepernick seek social change by using the platform of professional sports, Nike and other apparel companies can effect social change by applying pressure to universities and the NCAA. If the three major brands in college sports—Nike, Adidas, and Under Armour—collectively refrained from further contracting with schools until college athletes received compensation for playing or endorsing products, universities and the NCAA might quickly change their position prohibiting athlete pay.

These efforts could have a monumental impact. Allowing players to make fair wages and compensation could provide generational wealth for socioeconomically challenged athletes and their families.

A growing number of consumers, employees, and investors want to associate themselves with such social causes. A Fortune 100 company like Nike could gain the loyalty of these socially conscious stakeholders by taking a stand on the issue of athlete compensation and supporting athletes seeking economic equality. And think of how much investment support Nike might receive from pro players who have spoken out about the inequities of the NCAA prohibition on compensating college athletes.

Nike already made the conscious decision to engage this market of investors, consumers, and employees by signing Kaepernick to an endorsement deal—so why stop there? The Kaepernick ad campaign has positioned the company in line with progressive values. Failing to support these young athletes in obtaining fair compensation would contradict that message, and might constitute a potential threat to Nike’s brand.

On top of this, apparel brands could directly profit from allowing college athletes to be paid. Nike, Adidas or Under Armour could sign amateur stars like Williamson to endorse their products, potentially further increasing sales.

Apparel companies clearly have moral, financial, and reputational incentives to agitate for a change to NCAA compensation rules. With that in mind, it’s time for brands like Nike to just do it—support college athletes being paid.