Polio Used to Scare People Into Getting Vaccinated. We Need That Same Urgency With Measles Today 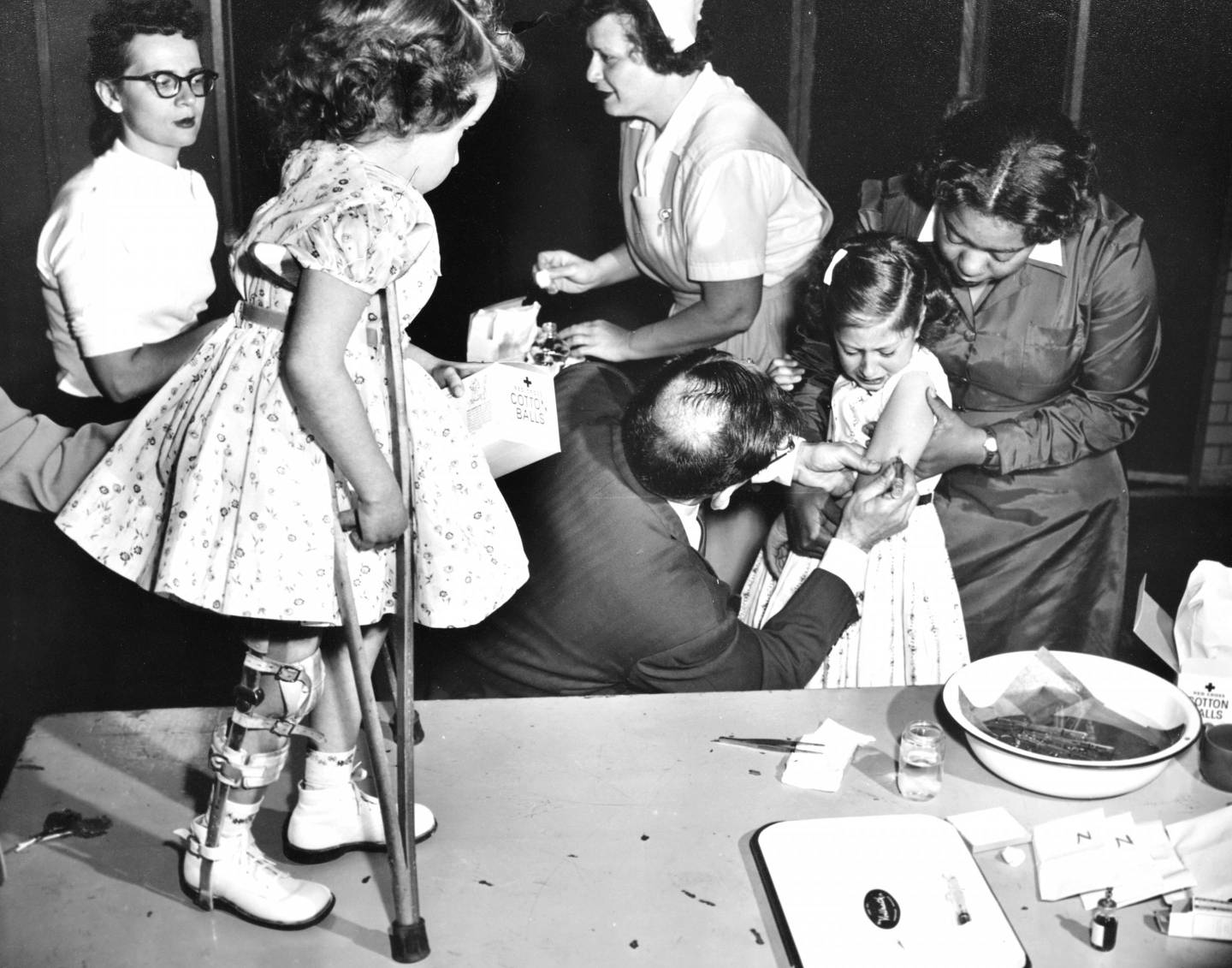 Although declared eliminated in the U.S. in 2000, we’re now battling renewed measles outbreaks in parts of Washington, Oregon, and New York. Outside the U.S., measles has spread in the Philippines, Japan, Brazil, and across Europe, from France to Romania. Amidst this resurgence, the recent declaration by the World Health Organization that vaccine hesitancy is among the top 10 global health threats should be a cause for alarm. We need to keep more sparks from becoming uncontrollable fires. In other words, we need to better understand and reverse the trend of vaccine hesitancy.

When vaccines first came to prominence as essential for public health, the harm caused by contagious diseases and the fear they invoked were highly effective in educating parents and the public about the need to invest in vaccine research and the value of immunization. In the 1900s, for example, polio viruses in the U.S. crippled more than 50,000 people, resulting in the death of several thousands. Parents lived in fear that their children would be infected next and public swimming pools, movie theaters, and summer camps were closed. In the absence of a vaccine, these public health measures—coupled with hope and prayer—were of limited value but the only ones available.

Fear of the disease was so widespread that the nation quickly rallied around efforts to find a vaccine to fight the scourge. When the March of Dimes (then known as the National Foundation for Infantile Paralysis, an organization created by President Franklin D. Roosevelt in 1938 to fight polio) undertook a grassroots effort to fund research to develop a vaccine against the disease, the White House received more than 80,000 letters containing dimes and dollars to support the research.

Scientists committed to the development of polio vaccines, like Jonas Salk and Albert Sabin, found similar support. When Salk’s laboratory produced a vaccine that was ready to be tested, for instance, parents readily volunteered their healthy children—the so-called polio pioneers, a group of 650,000—for the opportunity to receive the (still experimental) vaccine and more than one million served as controls in a national experiment to determine the safety and efficacy of the vaccine.

Fast Forward to 2019: Measles has returned but there exists an environment of vaccine hesitancy that threatens to reverse the gains of immunization programs in the U.S. and around the world.

We can blame anti-vaccine activists and conspiracy theorists who have used the internet and social media platforms to disseminate misinformation and disinformation regarding the safety and importance of immunization. And, it’s even possible that Russian bots have played a role by using vaccination as another wedge issue that polarizes communities. Clearly, there is a need to investigate and reveal the political, financial, and personal motivations of those who intentionally distort facts while also ramping up our efforts to limit the spread of this false information.

Greater investments in vaccine education and outreach are also urgently needed. Due to the effectiveness of recommended vaccines for certain diseases like the whooping cough, meningitis, and the chickenpox, very few healthcare providers—and even fewer members of the public—have direct experience and knowledge of these diseases and their consequences. Few understand why vaccines have recommended ages (to provide immunity to children when they are most vulnerable to these diseases) or that the only way to protect infants and children who are too young to be vaccinated is to ensure that those around them are immunized (to reduce the circulation of these bacteria and viruses).

All of this illustrates that public health and science can no longer rely on fear of infectious diseases to be the primary mode of immunization education. Rather, we need better and more visible communication and education about vaccines from those who develop, advocate for, and provide vaccinations.

At the Sabin Vaccine Institute, a non-profit organization whose beginnings are linked to the polio vaccine, we are leading an effort in understanding what influences vaccine acceptance and designing tailored vaccine education programs. It is our belief that investments need to be made in research to increase our understanding of the roots of today’s vaccine hesitancy as well as in education and communication that fosters confidence in vaccines and immunization.

Those who are opposed to vaccines and immunization recommendations are often very visible. This needs to be counterbalanced by those who recognize the essential role that vaccines play globally. While it’s fortunate that the effects of infectious diseases are not the primary source of vaccine education, we need to recognize this makes it incumbent on those who recommend and administer vaccines to assume a larger, sustained role in fostering greater vaccine understanding and acceptance.

Bruce Gellin is president of global immunization at the Sabin Vaccine Institute.