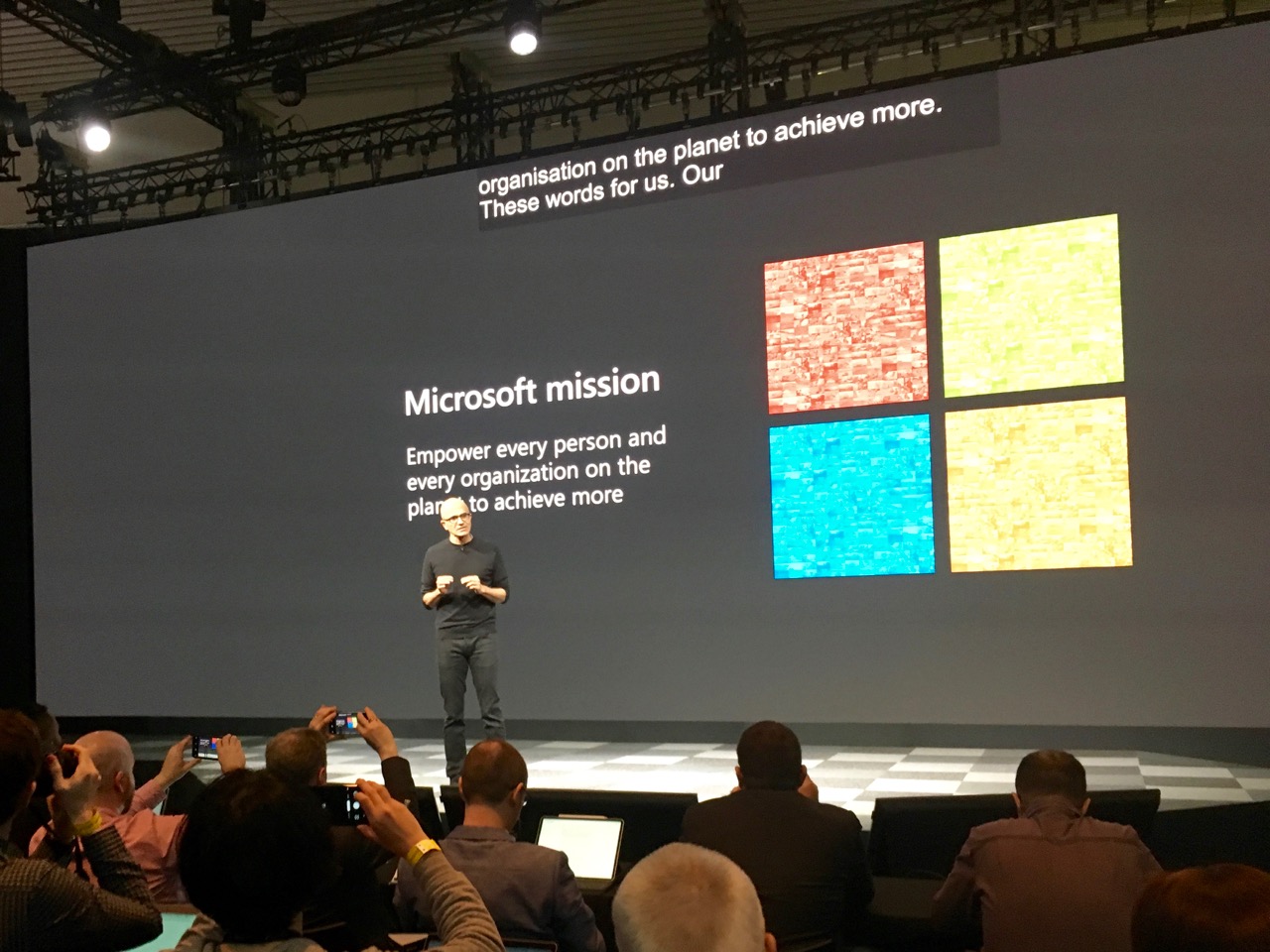 Microsoft has unveiled the second generation of its augmented reality headset, HoloLens 2, a lighter, more capable, and slightly cheaper version of the original that it released three years ago.

But perhaps most significantly, Microsoft on Sunday also promised that it was committed to openness in the “core principles” of its mixed reality efforts. Specifically, this means that Microsoft’s hardware would work with the software of other companies and that other developers could create their own app stores for the HoloLens—stores where Microsoft presumably wouldn’t get a cut of every sale.

“The walls that make our world feel divided make our world feel broken,” Alex Kipman, Microsoft’s technical fellow for artificial intelligence and mixed reality who helped invent HoloLens, said at the Mobile World Congress in Barcelona. “As members of the mixed reality community, we want the future to be open—open to your creativity, open to your ideas, open to your vision. Now imagine what we could accomplish as a mixed-reality community when barriers are removed and we transition from walled gardens to a communal garden.”

Microsoft also said the HoloLens environment would be open to web browsers from other companies. Mozilla’s Firefox is already developing a competing browser, Microsoft announced.

Microsoft’s commitments on Sunday stand in sharp contrast to how the mobile phone software ecosystem has evolved. Apple (AAPL) requires that all consumer iPhone software go through its app store and prohibits some types of apps from competing with its default apps, such as for the underlying code of its web browser. Google (GOOGL) is somewhat more open with Android, but has been accused by European regulators of forcing its apps and app store on phonemakers if they want to include its most popular services on their phones.

CEO Satya Nadella explained that Microsoft (MSFT) needed to focus on enabling tech development by any of its corporate customers—not just providing completed software for them to buy.

“Today, every company is a tech company,” Nadella said. “We must be their trusted partner.”

The promise could also help attract more companies to create software for the HoloLens, which is vying for popularity against hardware from well-funded start up Magic Leap, Facebook (FB), HTC, and others. Meanwhile, Apple is rumored to be developing its own augmented reality headset.

On the hardware side, Microsoft said the new HoloLens 2 is made of carbon fiber, so it can be lighter, and has been redesigned to be more comfortable to wear and fits more easily over glasses. Microsoft also increased the level of detail of the projections of holographic images for the wearer.

Microsoft doubled the field of view in the HoloLens, meaning the holograms can spread across more of the user’s field of vision, as well. The new model, which is mainly aimed at corporate users and developers, will cost $3,500, down from $5,000 for the original commercial model which debuted in 2016.

There is some irony in Microsoft’s open approach, since the company came to dominate the personal computer software market and later the corporate server software segment through a ruthless devotion to a more closed ecosystem. But since Satya Nadella took over as CEO from Steve Ballmer in 2014, he has favored openness, which has paid off as Microsoft’s Azure cloud service has grown to become the No. 2 player in the market behind Amazon.

Part of Sunday’s demonstration harkened back to one of the earliest signals of Nadella’s new approach. Shortly after he became CEO, Microsoft finally released versions of its popular productivity apps for Apple’s iPad. The move signaled that Microsoft would no longer try to use its dominant position in such software to break into the mobile hardware market (a strategy which hadn’t succeeded, in any event).

On Sunday, in one demo, two people worked on a virtual water pump holographically projected in the air between them. While one user was looking through the HoloLens 2, the other was using an iPad with software that relied on Apple’s ARKit program for augmented and virtual reality apps.