If Hunger for Houses Returns to Normal, Homebuilding Will Soar. That’s the Economy’s Biggest “If” 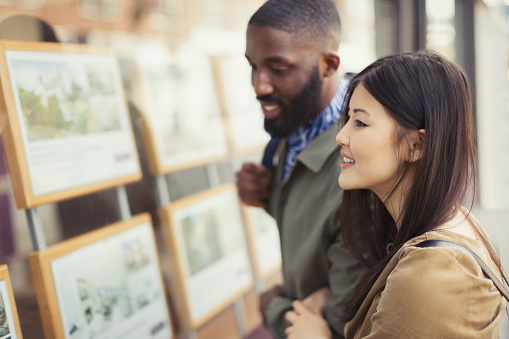 Last year started with high hopes that housing had finally found its footing. But as 2018 progressed, residential construction stumbled once again, failing to regain anything near its heights before the Great Recession. Now, a new report predicts that young Americans at traditional home-buying age, who’ve been sitting on the sidelines like no previous generation, will soon start treading the path of their parents. Look for this biggest-ever demographic to make a late charge by purchasing super-healthy volumes of new homes over the next few years, sparking the surge in residential construction that’s been long predicted, but never seems to happen.

It’s a plausible thesis. The question is whether America’s 70 million millennials––the live-with-mom-and-dad, student-debt-laden, late bloomers––will make it happen. A revival in home and apartment construction would be a tonic for the U.S. economy. Housing accounts for nearly one-fifth of national income, and a big chunk of that number is residential construction. That crucial category has lagged the post-financial crisis expansion, and now sits at its level in 2003, according to the Department of Commerce. The resurgence the new report predicts could add as much as an extra .2% to GDP over the next several years, versus the scenario if housing remains on its current, slogging course.

The study, “Navigating Volatility in the U.S. Residential New Construction Sector,” co-authored by Wells Fargo Securities and management consulting firm L.E.K., highlights the negative metrics, and sentiment, that dominated 2018, and cites a dearth of building, and pent-up enthusiasm for home ownership, that point to a strong comeback. The study examines two phases in housing’s future: First, the near-term dangers posed by a possible economic downturn, and second, housing’s probable trajectory over the next several years and beyond––and expresses optimism for both scenarios.

“Navigating Volatility” reckons that if a recession strikes soon, construction should suffer nothing more than a quick, shallow decline. That’s a rare positive offshoot from its weak revival. As the report points up, it’s ten years since the onset of the Great Recession, yet new construction still lags well below its long-term average. From January to November 2018, housing starts dropped by 6% to an annual rate of 1.256 million, a number that’s a full one-eighth below 1.44 million norm posted since 1970––despite a 60% increase in U.S. population over those five decades. It’s the single-family sector that’s absorbed the damage, trending 22% below the half-century benchmark, while apartment construction rebounded much faster following the financial crisis, and now exceeds the long-term average by double-digits.

Why was 2018 such a downer? Mortgage rates climbed sharply most of the year and housing prices kept advancing in the 5% to 6% range, setting new records, and outstripping the growth in paychecks, a combination that lowered affordability by 11%. Predictions of sharply slowing economic growth in 2019 prompted builders to throttle back on new projects. Their stocks got pounded; from the start of 2018 through mid-February, the S&P Homebuilders index sank 13%. Housing did get a reprieve late in 2018, when the Fed softened its pledge to keep to keep tightening credit. That triggered a relief rally that drove the 30-year rates on 30-year mortgages 4.87% in November to 4.4% by the close of the year.

Still, given that the recovery is almost a decade old, and that GDP growth forecasts keep dropping, a recession may be looming. So how hard would a downturn hit housing? The report asserts that the the best predictors of how far new construction will fall are first, the level of building when the recession started, the higher the worse, and second, the inventory of homes competing for buyers, the lower the better. When new construction stands at unusually lofty peaks prior to the economy’s slide, starts drop drastically during the downturn. For example, when recessions started in 1973, 1978, 1986, and 2005, starts were at or near record peaks. And in each case, new construction fell 40% or more over the next three to four years. From 2005 to 2008, for example, housing starts dropped 73%.

Lean inventories should also provide a cushion: Today, 529,000 homes and apartments are on the market, 22% below the long-term supply. One of the report’s most remarkable statistics notes that today, there’s one home for sale for every 60 U.S. households, compared to one to twenty-five at the depths of the housing crisis in 2008, and around one to forty-five before the Great Recession. For the authors, today’s metrics resemble the pre-recession scenario in 1994 and 1999. In both of those years, new construction had climbed back from deep troughs, but starts and inventories remained well below historic norms. Since construction was chugging at modest rates, it didn’t have far to fall. In the recession starting in 1994, housing starts declined just 7%, and in the 1999 downturn, they fell even less, by 4%. In both downturns, the decline in new construction lasted only about 12 months.

Hence, since building is now even more depressed today versus the 50-year benchmark than it was in 1994 or 1999, the report forecasts that a recession would lower housing starts a maximum of 5%, and that new construction would resume its climb after no more than a year. A tepid recovery pretty much would guarantee a shallow retrenchment.

Over the next five years, the study foresees not a new normal, but a return to the old tradition as millennials belatedly embrace the American dream of home ownership, unleashing a wave of buying that will rapidly close the gap between today’s tepid performance and the robust, pre-Great Recession trend. The report notes that millennials are the “behind schedule” generation. Their cohort has created 27.2 million households, shorthand for saying that if millennials have formed a like number of family units that live independently in an apartment or house. That number is extremely low by past standards. (“Navigating Volatility” defines the starting date for the millennial generation as 1989, several years later than most sources.) Had millennials formed families living on their own at the same rate as Gen-Xers, they would have spawned an extra 2.2 million households. And those families would own or rent that many more houses and apartments––shadow real estate that that never got built.

The ways that millennials lag previous generations are well-known, but bear reviewing. For the generation aged 25 to 34, around 41% are married, compared to 54% for Gen-Xers at the same ages. Houses aren’t nearly as affordable for today’s young families. Many millennials entered the labor market in the wake of the great recession, so they earned less, faced more joblessness, accumulated less savings, than previous generations, and carry far more student debt to boot. Adjusted for inflations, millennials make just over 1% more than Gen-Xers at the same stage, yet the median-prices house, now $270,000, costs them 22% more. And 25 to 35 year olds are showing a greater affinity for the urban lifestyle than families that suburbia-centric generations of the past.

The report makes a daring prediction: That over the next five years, household formation among millennials rises to match the levels of the Gen-Xers, Baby Boomers, and other generations. The damage from the financial crisis pushed traditional levels of home ownership well below historic norms for older Americans as well. All told, the report reckons, the “pent-up” household formation, a proxy for bottled-up demand, stands at 3.5 million units. “Navigating Volatility” predicts that an explosion in buying and renting will fully close chasm over the half-decade ending in 2023. That catch-up sprint would add some 700,000 new households to today’s pace of roughly 1 million a year. The report forecasts that housing starts should rebound to 1.5 million by 2023, a gain of 22% over the second half of 2018. That run would establish a landmark by finally lifting residential construction to its pre-Great Recession norm.

But will it happen? The barriers are numerous. It’s a tough time for millennials to get mortgages, the cornerstone of home ownership for all young families. The government agencies that underwrite the vast bulk of all home loans, Fannie Mae, Freddie Mac, and the FHA, have substantially tightened many credit standards, locking out millennials in the process. Families in their 20s and 30s often prefer to rent––leasing houses is increasingly popular once the kids start arriving––since when offered new jobs, they can pick up and move from Atlanta to Dallas without worrying about selling their old house, and maybe giving up a once-in-lifetime home loan.

It’s far from a sure thing that the old normal will reign. Still, the extraordinarily low levels of new construction, and the likelihood that millennials will partially, if not entirely, mirror their parents desire to raise their families in a ranch or colonial of their own, point to big increases in residential construction in the years to come, though not necessarily a return to glory times. It all depends on whether millennials will have the tools, means and desire to trend strongly traditional. Watching this quirky, unpredictable cohort’s role in shaping the housing’s future will be one of the great spectacles of the next decade.