Winter Blast Cancels and Delays Thousands of Flights Around U.S. 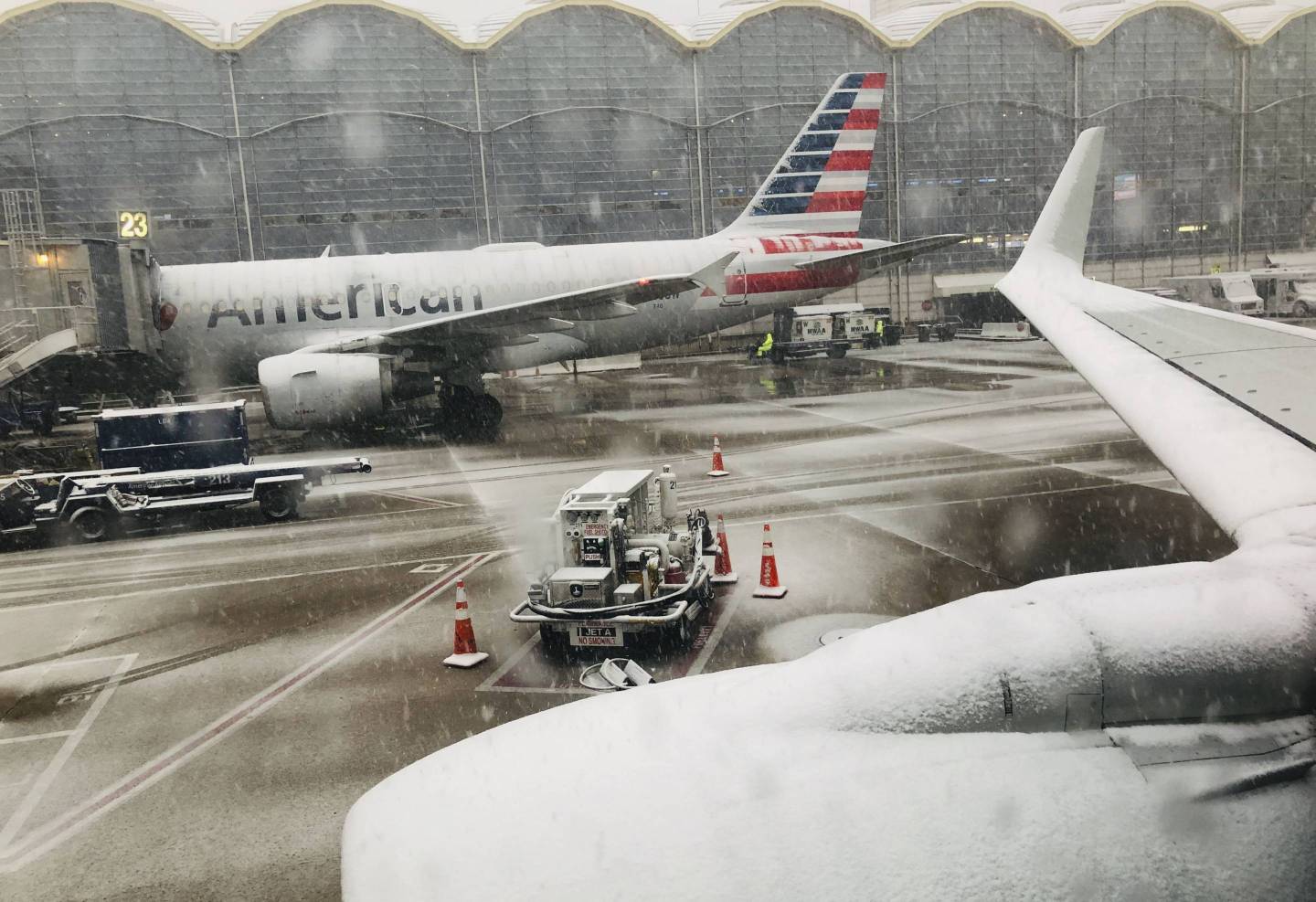 TOPSHOT - Snow falls at Ronald Reagan Washington National Airport on February 20, 2019 in Washington,DC. - The Washington area woke up to morning snow, with the federal government and dozens of schools closed, as the region prepared for what forecasters said will be a disruptive winter storm. (Photo by Daniel SLIM / AFP) (Photo credit should read DANIEL SLIM/AFP/Getty Images)
Daniel Slim—AFP/Getty Images

If you’ve got travel plans Wednesday, brace yourself for a lot of downtime in the airport.

A winter storm that has brought snow, sleet, and freezing rain to much of upper two-thirds of the country, has resulted in thousands of flight delays and cancellations.

More than 2,700 flights have been canceled for Wednesday, with more than 9,600 delayed, according to FlightAware. That was as of noon ET—with the number climbing steadily.

And it could be several days before things get back to normal as carriers try to rebook stranded passengers and reallocate planes around the country.

More than 117 million people in the U.S. are currently under some form of winter weather watch, warning, or advisory. And in Southern states, where temperatures are too warm for winter precipitation, it’s a rainy day with some coastal flooding.

Southwest Airlines is the hardest hit of the carriers, with 415 cancelled flights. That’s less due to the weather, though, and more because of the carrier’s ongoing “operational emergency“. Mechanical problems have grounded a substantial portion of its fleet.

Weather-wise, airports in the Washington, D.C. area, New York, and Chicago reported the most cancellations for incoming and departing flights.

And Minneapolis-St. Paul International Airport has shut down all but one runway.

Conditions have not improved much, but our team was able to safely re-open one of our runways. Please make sure to check with your airline to verify the status of your flight before heading out to MSP Airport today.

Most major airlines have waived change fees for travelers in impacted areas.

Other transportation companies are altering their schedules as well. Amtrak has modified its Keystone service during the storm. And Greyhound has canceled service between several cities, including New York, Washington, D.C., and Pittsburgh.