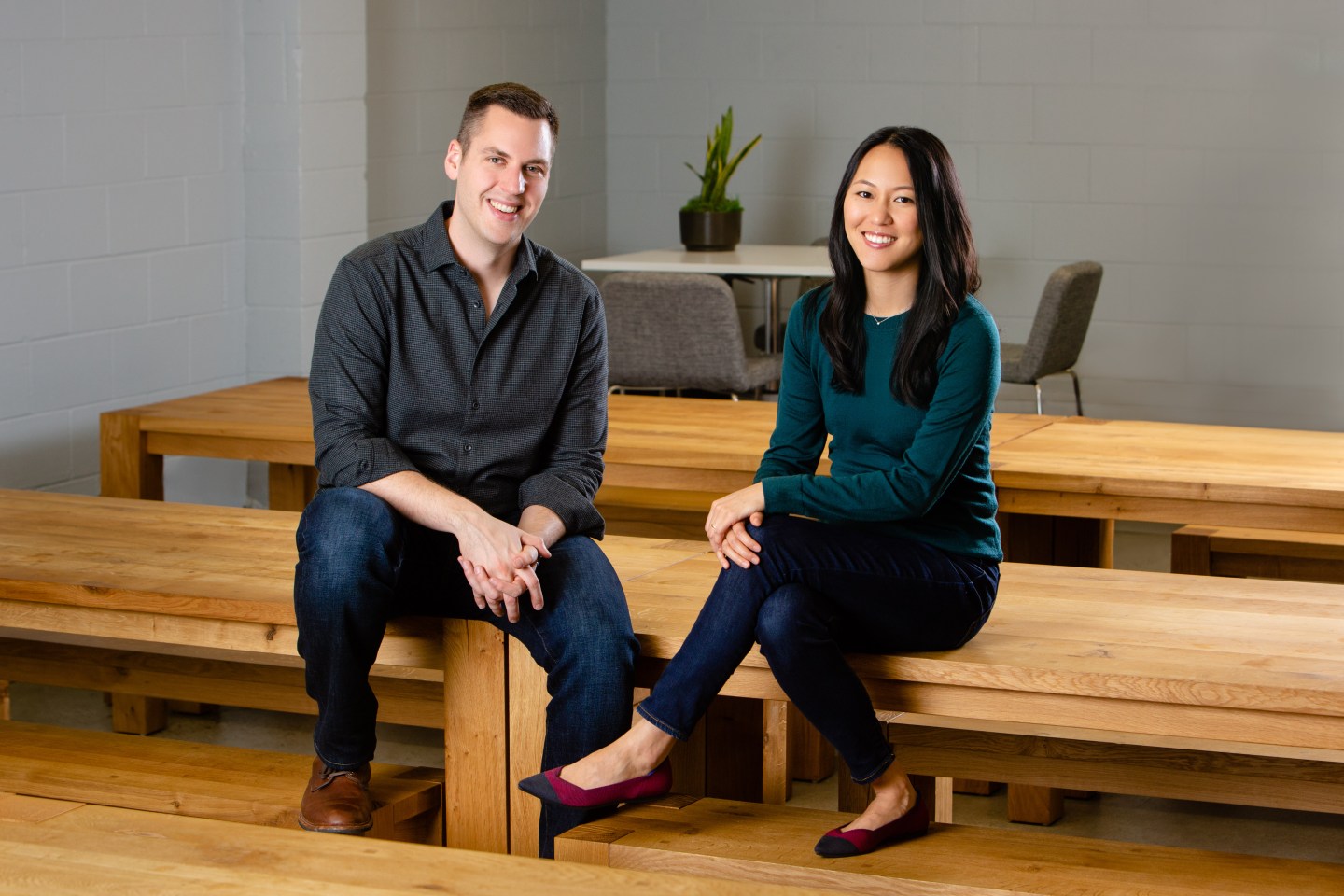 In a time when the internet seems to have information on just about everything, getting data earlier than most can be the edge needed for a winning investment.

That’s what companies such as Goldman Sachs, and Citi Ventures are betting on with Second Measure, a startup that pulls together consumers credit card transactions, analyzes the trends, and sends it out with a roughly two week delay—an advantage to quarterly financial statements that come out every three months.

On Tuesday, Second Measure announced $20 million in Series A funding led by Bessemer Venture Partners and Goldman Sachs. The startup, founded by two software engineers that once worked at gaming company Electronic Arts, now counts roughly 150 clients, with asset managers such as Neuberger Berman and venture capital clients such as New Enterprise Associates among the ranks.

It had its start when CEO Michael Babineau, who founded the firm alongside COO Lillian Chou, realized just how many investment firms were falling behind in terms of technology. While many had access to tons of data, sorting the information often lacked finesse. A friend at a hedge fund for example approached Babineau early on, asking how he could sort terabytes of data into a spreadsheet.

“That blew my mind. He was at a hedge fund with $30 billion under management—I assumed all of them looked like Bridgewater or Renaissance with legions of quants. But most only have a handful of analysts with no technical support,” said Babineau.

In recent years, asset managers have sought to make smarter investment decisions by tapping into the variety of data created by technology. At a time when all have access at the same time to more traditional information sources such as quarterly financial reports and stock prices, alternative data—which is usually delivered more often than quarterly reports—can be a winning edge for traders.

That data includes tracking foot traffic gleaned from satellites, as well as consumer sentiment gathered via social media. Financial consulting firm Opimas estimates that asset management firms will spend $7 billion on such alternative data sources by 2020, up from about $5 billion in 2018.

But it’s not only about the public companies. Tools such as Second Measure can be even more valuable than to investors in the private space, where companies aren’t required to make financial disclosures to the public.

Citi Ventures though sees an even larger pool of clients than just those in the investing space.

“The opportunity to leverage the data in a new and creative way is not only exciting not only in the investing space, but also across the economy,” said Citi Ventures Managing Director Luis Valdich. “Within the corporate world, companies can track how the competition is doing in real time.”

Second Measure counts Postmates and DoorDash among its clients.

Still, sorting the credit card data does have its downsides.

Hedge fund managers have long mined credit card data for investment ideas. Second Measure’s value comes from its ability to sort that mass of data into trends—for example how much consumers are spending on Uber versus Lyft in a specific location and if one has become more prevalent than the other over time.

But sorting that data is still imperfect: The names of the sellers listed on credit card statements can be opaque, confusing investment decisions. Two different names may be owned by the same company, while conversely, separate brands that may have the potential for a spinoff may also be listed under a single name. And such corporate changes happen all the time. After all, meal-kit provider HelloFresh recently acquired Canadian cohort Chefs Plate in October, adding to the 13,243 mergers and acquisitions that occurred 2018, according to FactSet.

That means the 60 or so workers currently at Second Measure need to do that groundwork—creating an information sieve that may have an uneven mesh.

“We have to go through a mess of credit card transactions, and we have to manually do the research, such as the merger and acquisition research,” said Babineau. “The more time we spend on transactional data, the more we realize our job is just beginning.”