Why Musicians Should Get Political 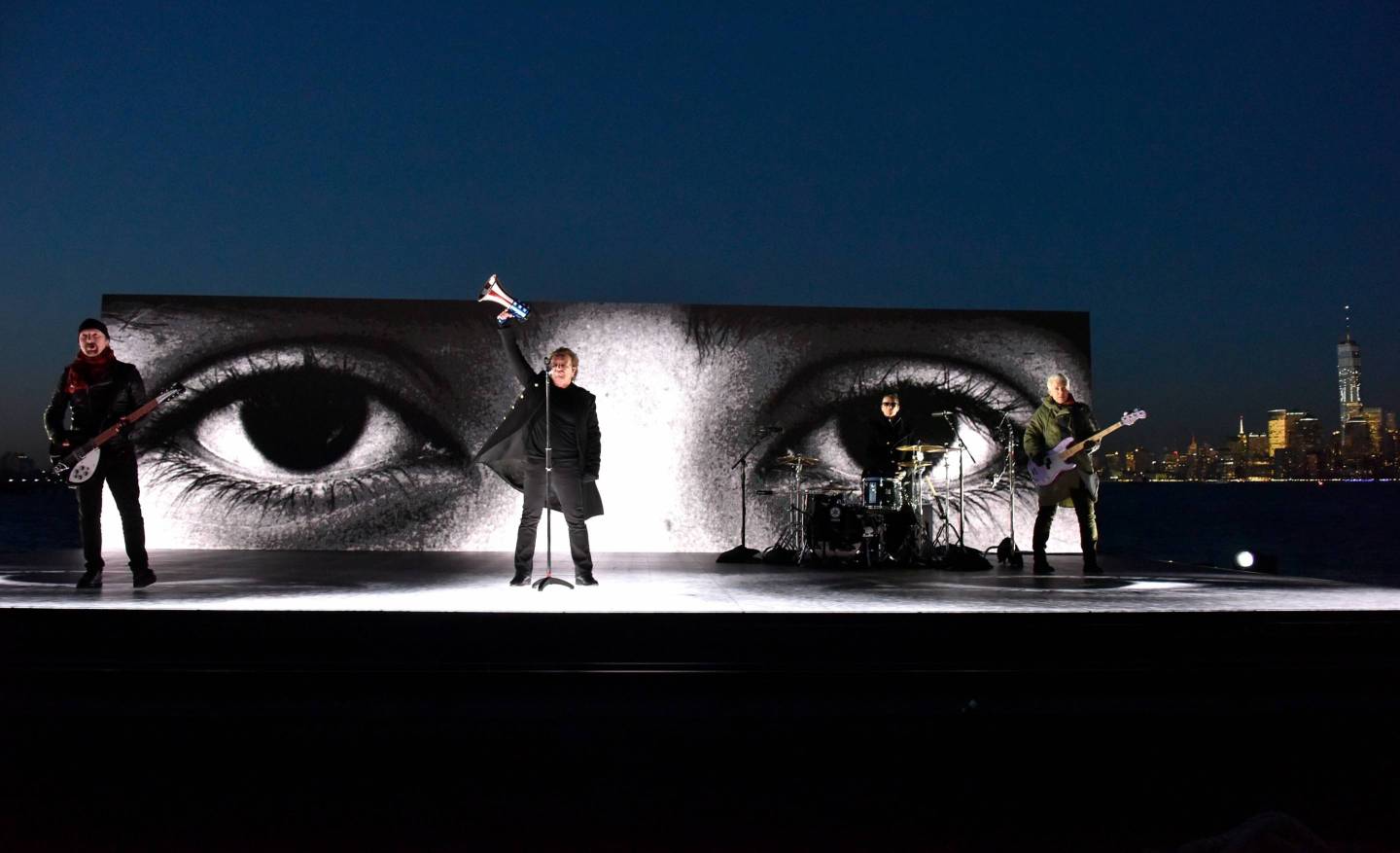 The 61st Annual Grammy Awards will be held this weekend in Los Angeles, and if you’re tuning in, there’s a strong chance you’ll be reminded of how musicians can serve as catalysts for political conversation. During last year’s telecast, Janelle Monáe delivered an impassioned speech about the #TimesUp movement and U2 performed on a barge with the Statue of Liberty in the background in what was meant as a pro-immigration statement.

This year, you can bet that some artists will inject their political views into their performances and acceptance speeches—and they should. Music is a tremendously effective form of cultural commentary.

A song that mixes music with an activist message can be considered a “music op-ed.” While it expresses a political opinion or makes a call for action through song rather than words, some of the best practices for the written op-ed also apply to its musical counterpart. Songwriters should make their positions clear, concisely, and in the most memorable manner. Yet unlike the op-ed columnist, the songwriter gives their words wings with melodies and harmonies that capture imaginations and speak to the heart. In that manner, they have a chance to reach a broad and receptive audience in a different manner. Musicians should embrace the opportunity.

During periods of despair and turmoil, music op-eds have served as instruments of hope. During the 1960s, songs such as Mavis Staples’ “We Shall Not Be Moved” and Nina Simone’s “Mississippi Goddam” became civil rights anthems for change. More recently, the music video for Childish Gambino’s “This is America,” which addresses gun violence in the U.S., garnered more than 480 million views. We can safely assume that no written op-ed on the same topic was as widely read.

Music presents a pathway for those with different viewpoints to listen to each other with more openness. The 2018 release of John Daversa’s album American Dreamers, which features 53 artists protected under the Deferred Action for Childhood Arrivals policy, or DACA, comments on the current immigration debate. Perhaps surprisingly, this music op-ed has been reviewed positively in conservative publications and in newspapers based in red states. What’s more, music can foment social unrest and challenge those in charge. Even Plato warned that “musical innovation is full of danger to the whole [s]tate.” During the 1930s, despite popular support for jazz music among German citizens, the Nazis banned the genre because they believed it was too Western and capitalist.

There are physiological reasons as to why music evokes empathy. In a joint study by the University of Edinburgh and the University of California, researchers found that those who watched musicians perform had heightened neural activity in the parts of brain associated with playing the instrument. In other words, when you see someone strum the guitar, the neurons involved in this motor activity also fire in your brain. No, you don’t get the same physical experience, but this neural mimicry also evokes similar emotional states. That’s the academic way of saying when you hear a sad song, you feel sad.

For example, it’s difficult to convince my conservative friends about the follies of building a border wall between the U.S. and Mexico. But at least they were willing to listen to a song that I shared with them about the topic. “Line in the Sand,” by Arturo O’Farrill and featuring Hamilton’s Mandy Gonzalez, invokes the metaphor of the U.S. and Mexico as estranged lovers: “Trying to look past this thing that’s between us / Wondering when all this anger will fade / the stars look the same from where we are standing / Why can’t we fix this mess we’ve made?” This tune captures the zeitgeist of what our country is going through and elicits understanding among listeners.

Music op-eds can have an outsized impact on society. For example, the day after the release of the song “1-800-273-8255″ by the artist Logic featuring Alessia Cara and Khalid, the National Suicide Prevention Lifeline received more than 4,500 calls—the second most in a day in the organization’s history. After Logic performed the song at the Grammys last year, Frances Gonzalez, the group’s director of communications, told CNN: “By sharing a message of hope and taking the stage with individuals who have been personally affected by suicide, Logic demonstrated on a global scale that healing is happening every day for people in crisis, and that there is help available.”

Music can do more than merely provoke conversations. With the music op-ed, musicians can energize an audience to take action. In the weeks before the 2018 midterm elections, Taylor Swift encouraged her followers to sign up to vote. The website vote.org, which aims at increasing political engagement, saw an increase of 250,000 registrations in the days after her announcement. With voter turnout in last year’s midterm elections at just 47%, our country would benefit from more artists getting political.

At this year’s Grammys, let’s hope that artists leverage the opportunity to speak to pressing political and social issues. They will have the spotlight, and it’s the right time to use the microphone to address the issues that matter.

Kabir Sehgal is the author and producer of Fandango at the Wall: A Soundtrack for the United States, Mexico, and Beyond, a book and album recorded at the U.S.-Mexico border, which is nominated for a 2019 Audie Award for Best Original Work.