China’s Year of the Big—Big Brother, That Is 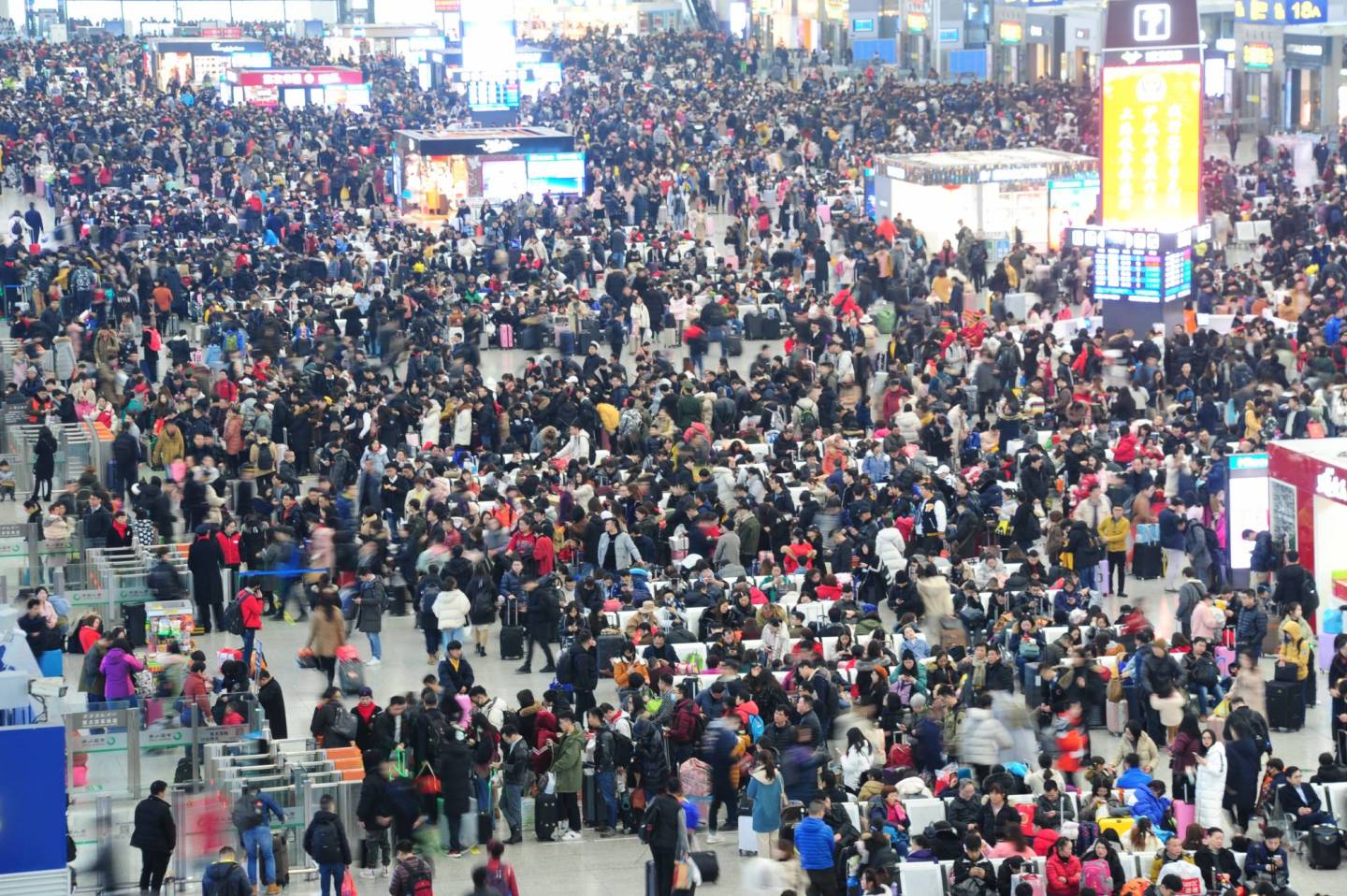 Happy Year of the Pig. Here in Hong Kong, neighbors in the beachside village where I live welcome the new lunar year with fireworks, drum-banging, and exuberant lion dancing. However boisterous our local festivities, they pale in comparison to the chaos and clamor endured by anyone who takes to China’s roads, railways, or airports during this period. The advent of the new year, and with it the Chinese Spring Festival holiday, sets in motion the world’s largest annual human migration. This year, it is expected that Chinese travelers returning to celebrate with friends and families in their hometowns will log nearly 3 billion trips—an all-time record.

In recent years, new infrastructure and technology have helped to ease the tumult of spring festival travel. China’s high-speed railway network added 2,500 miles of track in 2018, bringing the nation’s total high-speed railway mileage to 15,500. That gives China about two-thirds the high-speed railway track in the entire world; Beijing plans to add another 4,225 miles in 2019. China now boasts more than 230 airports, and plans to build another 30 by 2020—including the $12 billion, seven-runway Beijing Daxing International Airport, designed by Zaha Hadid and scheduled to open later this year. And as Fortune‘s own Eamon Barrett explained earlier this week, the emergence of sophisticated online travel agencies like Shanghai-based Ctrip have eased the pain for Chinese travelers of booking and buying tickets.

But as travel in China becomes more convenient, it is also becoming more intrusive. As Kristy Needham reports in the Sydney Morning Herald, railway stations in Beijing and other major cities this year are rolling out new, more sophisticated surveillance systems featuring cameras capable of capturing faces for inclusion in vast government databases to be mined by artificial intelligence algorithms. As Needham observes: “The high-speed rail network that so many Chinese rely on to travel long distances for business or holidays has become the fulcrum of the Chinese state’s experiment in harnessing digital technology to not only watch its citizens, but also to shape their behavior.”

On the train from Beijing to Shanghai, passengers are warned via public announcement to behave lest rule-breaking damage their “personal credit” score. Needham reports that, by late last year, more than 5 million people had been put on government blacklists banning them from buying high-speed rail tickets while 17 million were stopped from buying air tickets.

There’s great debate among China hands about whether China’s social credit scoring system is menace or myth. At Davos last month, George Soros warned of the “mortal danger” posed by China’s social credit system “if it became operational.” The Washington Post‘s Simon Denyer paints a dystopian view of China’s “all-seeing surveillance state” in this video. You’ll find the case for skepticism in these reports in Foreign Policy and Kaiser Kuo’s Sinicia Podcast, and an “it’s complicated” straddle in Wired. Still, anyone who travels frequently on the mainland can’t help notice the pattern. In China, these days, convenience seems always to come with cameras.