Postmates’ Autonomous Delivery Bot Wants to Be Part of the Community 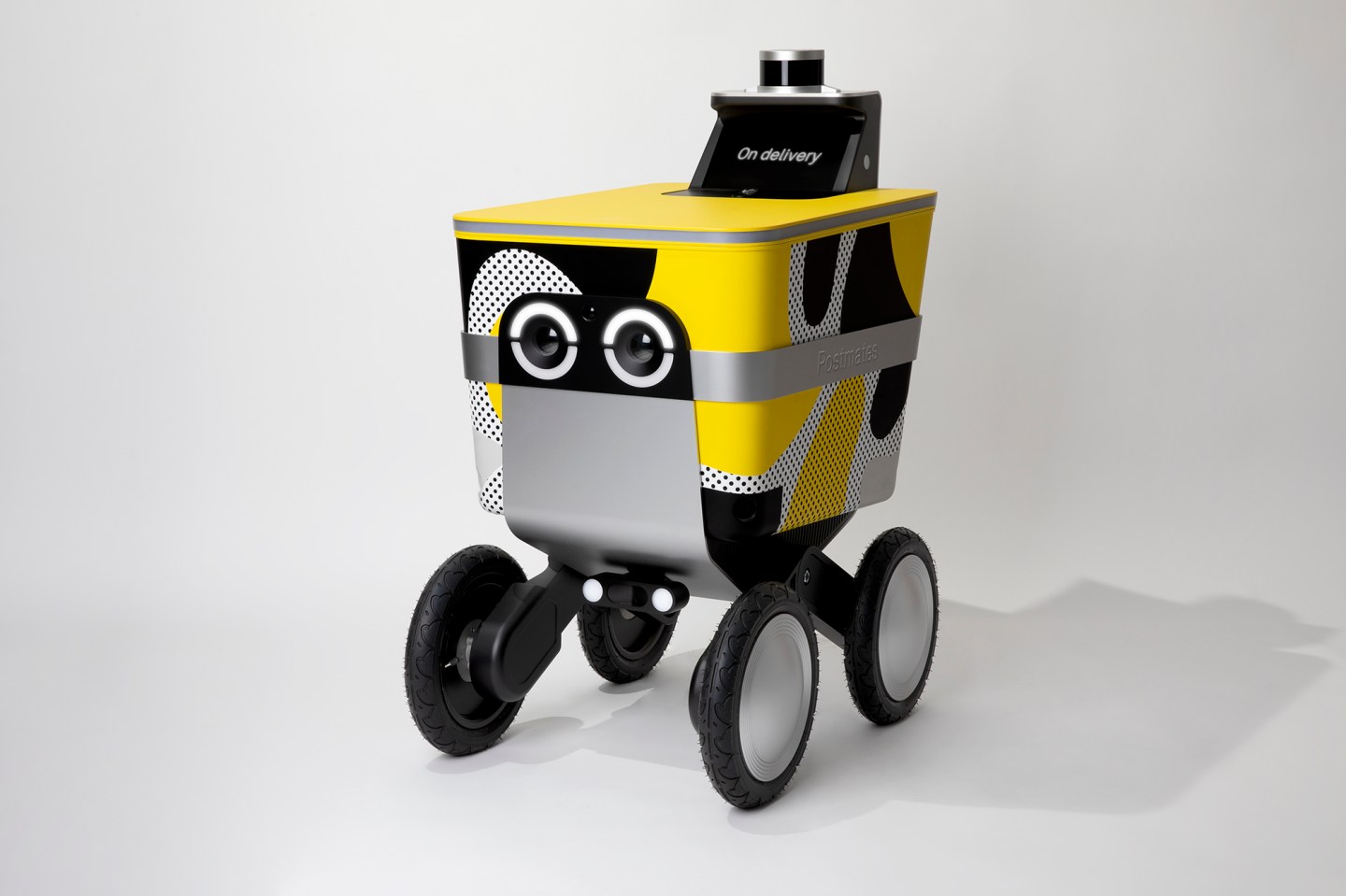 Postmates, the $1.2 billion on-demand courier service that helps shift deliveries the “final mile” to a customer’s door, has added robots to its staff roster.

The delivery startup partnered with San Francisco-based creative studio NewDealDesign to create an autonomous delivery bot called Serve that can carry up to 50 pounds and travel 30 miles on a single charge. But with the industry already crowded by the likes of Starship, Marble, and Amazon, NewDealDesign is counting on Serve to stand out by fitting in.

“The difficulty with introducing robotics to an urban space is the social aspect,” says Gadi Amit, president and principal designer of NewDealDesign. “It’s managing the negative reaction to robots in the street and mitigating the potential backlash against them.”

San Francisco, normally the playground of Silicon Valley’s wunderkinds, has grown especially tired of Big Tech encroaching on its streets. The local legislature cracked down on sidewalk hogging e-scooters in June last year, demanding rental companies obtain permits. The city has since only granted two operating licenses, one to Skip and one to Skoot, both underdogs of the scooter scene.

Autonomous delivery robots were likewise banished from San Francisco’s city center in 2017 and can now only run, with permission, in low-congestion areas solely for research purposes, not actual commerce. City supervisor Norman Yee, who spearheaded the legislation against scooters and sidewalk-mounting rovers, stated that sidewalks should be for people, not for robots.

Amit thinks bad design is responsible for a lot of the pushback. He says too much of the industry is in love with sleek and sterile aesthetics, which breeds unrelatable robots. NewDealDesign and Postmates X, the skunkworks team at the courier company, set out to create “something more adorable, albeit a little clunky,” Amit says—a robot with attitude that would be welcomed into communities.

To gauge what the public would like, the joint task force had tested prototypes secretly on the street. The team also had to build creative ideas around practical limitations. The robot’s friendly and cartoonish eyes, for example, double as the camera lenses Serve needs to run computer vision.

The goofy-looking delivery bot the team created does have a certain likeability. That could be the disarming familiarity of its design, which was modeled off of a shopping cart. Serve’s guiding LIDAR sensors are positioned above and behind its storage bin, like handlebars, and the wheel axis is raised high above the ground.

But even if pedestrians like the bug-eyed rover, knowing how to interact with it is another issue. People have developed various social cues to help navigate the sidewalk, assessing who is going to give right of way to whom. It’s harder to tell if a robot is going to let you pass.

“There are ways we communicate continuously with society, but we haven’t built that language with robots yet,” Amit says. Creatives at NewDealDesign have been building a “vocabulary of behaviors” for how robots and humans should interact for a while now and Serve allowed them to put some of their ideas into practice, starting with eye contact. The lights around Serve’s eyes indicate when the robot is slowing down or changing direction. But the artificial intelligence driving the machine can do more.

“We’ve trained the robot to stop, for example, if two or three people are walking side by side. But Serve has more assertive behaviors too, such as warning people it is just behind or passing them by making a sound,” Amit says, noting that the robot’s behavior will be customized to each new location because street etiquette isn’t universal. A Serve in New York might need to be a bit more assertive than a Serve in L.A., for example.

Another trick NewDealDesign implemented to help Serve assimilate with locals is its adaptable skin. The acrylic wrapped around Serve’s metal frame can be customized to display a more local flare, such as a mural by a local artist, rather than the yellow-grey camouflage of the prototype.

Amit hopes this will transform the roving robot from a symbol of Big Tech’s invasion of public space into a lovable local mascot. The theory is that if the community relates to the robot they’ll be less inclined to vandalize it. Ideally, Amit says, locals will love Serve so much that they even protect it.

“We don’t think Serve will be immune or loved by everyone but we hope Serve will be loved by many, and that will be a mitigating factor against some of the vagrants who would want to harm it,” Amit says.

It’s one thing asking people to accept robots; it’s another to want people to protect them. When Serve debuts in California’s relatively robo-friendly L.A. later this year, we’ll see whether NewDealDesign’s scheme works.