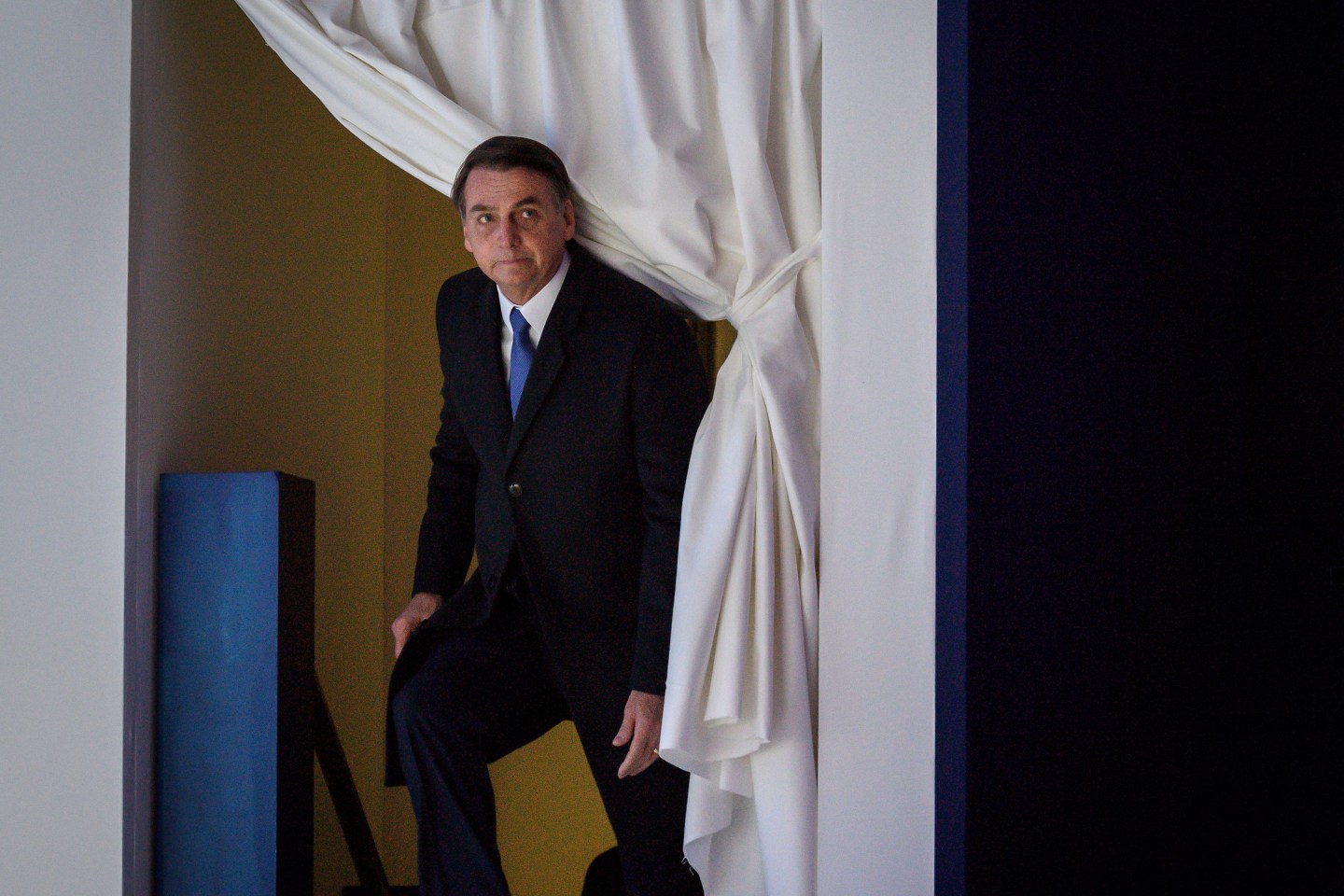 Brazil’s newly-elected president Jair Bolsonaro ascended the world stage for the first time to present his vision for a “new Brazil” at the World Economic Forum in Davos, Switzerland, on Tuesday.

Absences by British and French heads of state, along with the abrupt cancellation of the U.S. delegation’s visit to the elite business conference just days earlier, thrust Brazil’s new leader into the forum’s spotlight. In his speech, Bolsonaro promised to root out corruption, privatize industry, and repair his country’s standing in the eyes of the international community.

Bolsonaro cast himself as a swamp-drainer opposed to the “inefficiency and corruption” that rotted Brazil’s previous administration. Since 2014, the country’s reputation has been marred by a graft scandal involving millions of dollars in under-the-table deals between the highest ranks of government and industry.

Brazil faces a “deep ethical, moral and economic crisis,” Bolsonaro told the crowd during his seven-minute address. “We want the world to reestablish the trust and confidence we always have had.”

His goal: Lift Brazil to become a top 50 country in which to do business by the end of his four-year term. The World Bank presently ranks Brazil 109 out of 190 countries.

Nariman Behravesh, chief economist at IHS Markit, a London-based financial services firm, said Bolsonaro’s overtures sounded similar to many a Davos-bound leader seeking foreign investment at home. “It was a little disappointing that there weren’t many specifics about what he was going to do, but the broad goals were very encouraging,” Behravesh said.

Bolsonaro said he would lean on his ministers to implement the proper policies. The retired military officer played to his audience; he exuded restraint and deliberation, a change from the fiery right-wing persona he cultivated on the campaign trail.

Following the speech, Bolsonaro told Klaus Schwab, executive chairman of the World Economic Forum, in an interview that the outcomes of recent elections across South America indicated that people were rejecting the Bolivarian policies that led Venezuela into ruin. “It shows the left wing will not prevail in that region,” Bolsonaro said.

The remarks were Bolsonaro’s first delivered abroad since he took office three weeks ago.