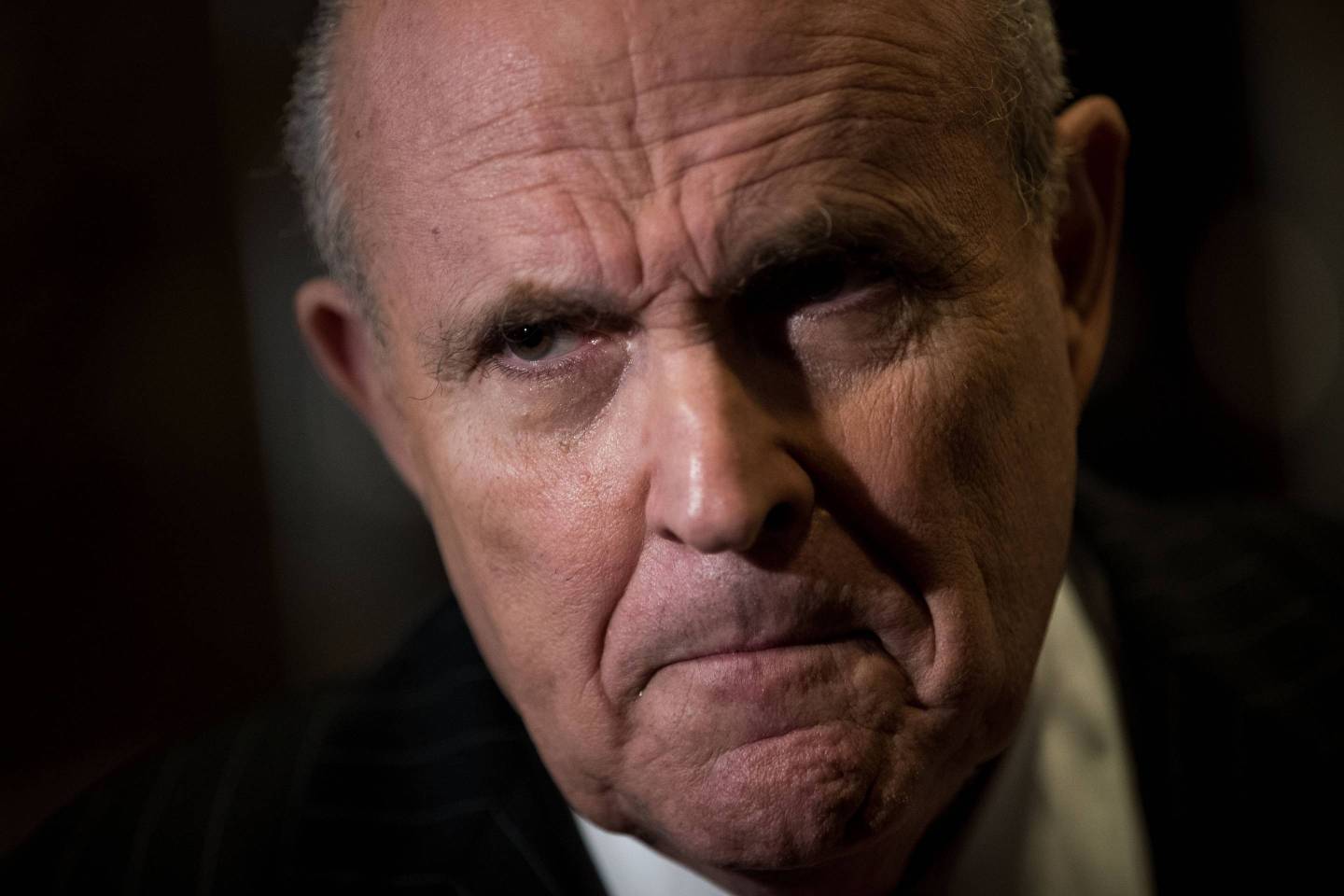 Discussions between Donald Trump and his former lawyer about a possible real estate deal in Russia continued right up until the 2016 election, later than previously reported, according to Rudy Giuliani, Trump’s current attorney.

Guiliani said it’s his understanding that conversations between Trump and Michael Cohen continued as late as October or November of that year. Cohen admitted in a guilty plea in late 2018 that he spoke with Trump and Russian officials about the potential deal as late as June 2016, after Cohen earlier told Congress it had ended much earlier.

“It’s our understanding that it, that they went on throughout 2016,” Giuliani said of the discussions on NBC’s “Meet the Press” on Sunday. “Can’t be sure of the exact date, but the president can remember having conversations with him about it.”

The comments come as the White House is denying a BuzzFeed story published on Jan. 17 that said Trump had instructed Cohen to lie about the timing of the proposed Russia deal. Special Counsel Robert Mueller’s team on Friday took the unusual step of saying elements of the story weren’t accurate.

Mueller’s team has laid out multiple exchanges between Cohen, real estate developer Felix Sater and Russian government officials about a proposed Trump development in Moscow. While the deal never went ahead, conversations about it between Cohen, Trump, his family and at least one campaign official came as Russia was in the midst of a sophisticated plan to meddle in the U.S. election to hurt Democrat Hillary Clinton and help Trump.

In a separate appearance on CNN’s “State of the Union” on Sunday, Giuliani said Trump had discussions with Cohen throughout 2015 and 2016 about the deal but wasn’t talking to people in Russia about it and wasn’t directing Cohen to say anything.

“He certainly had no discussions with him in which he told him or counseled him to lie,’’ Giuliani said. Cohen was pursuing the deal in Russia, while Trump was focused on the election, he said.

But Senator Mark Warner of Virginia, the top Democrat on the Senate Intelligence Committee, said Giuliani’s revelation that Trump continued to discuss a Trump Tower Moscow throughout the campaign was “big news” to him, and adds more grist to questions about the campaign’s possible ties to Russia.

“Why two years after the fact are we just learning this?” asked Warner, who has been helping lead the only bipartisan probe of Russian meddling in the elections for two years. “That raises a whole host of questions that the American public needs an answer to, and the Congress needs an answer to.”