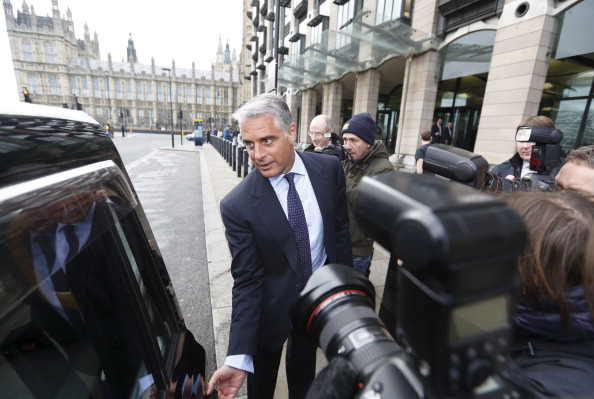 There’s a universal rule in job hunting: don’t quit your current gig until you’ve secured a new one—and the ink is dry on the paperwork.

Banco Santander cancelled on Tuesday its hiring of the former UBS investment banker as CEO over a complicated pay package. Orcel resigned from UBS in September before formalizing his pay with Santander, an unusual move.

Banking executive compensation packages often include vesting shares and other forms of deferred payments, sometimes for tax reasons and sometimes to encourage executives to think about the longer-term health of their companies. If they move to another bank, it is common to negotiate that the hiring bank compensate the executive for the lost income. In Orcel’s case, that amount may have reached some €50 million, the Wall Street Journal reports.

That may have been too much for Santander, which claims it did not realize how much it was on the hook for when it announced the hire last year. When Orcel moved to UBS from Bank of America Merrill Lynch in 2012, UBS paid him $6.3 million in deferred cash and $18.7 million in shares.

Santander would have needed shareholder approval to buy out Orcel’s UBS deferred compensation and the company’s executives feared its individual shareholders would have balked, the New York Times reports.

Banco Santander president Ana Botín said in a statement that the bank had to balance the high cost of hiring Orcel against its “corporate culture, which implies commitment and responsibility to our employees, clients, and shareholders.”

Instead, CEO José Antonio Álvarez, who was going to become president of Santander España, will remain as CEO of Banco Santander.