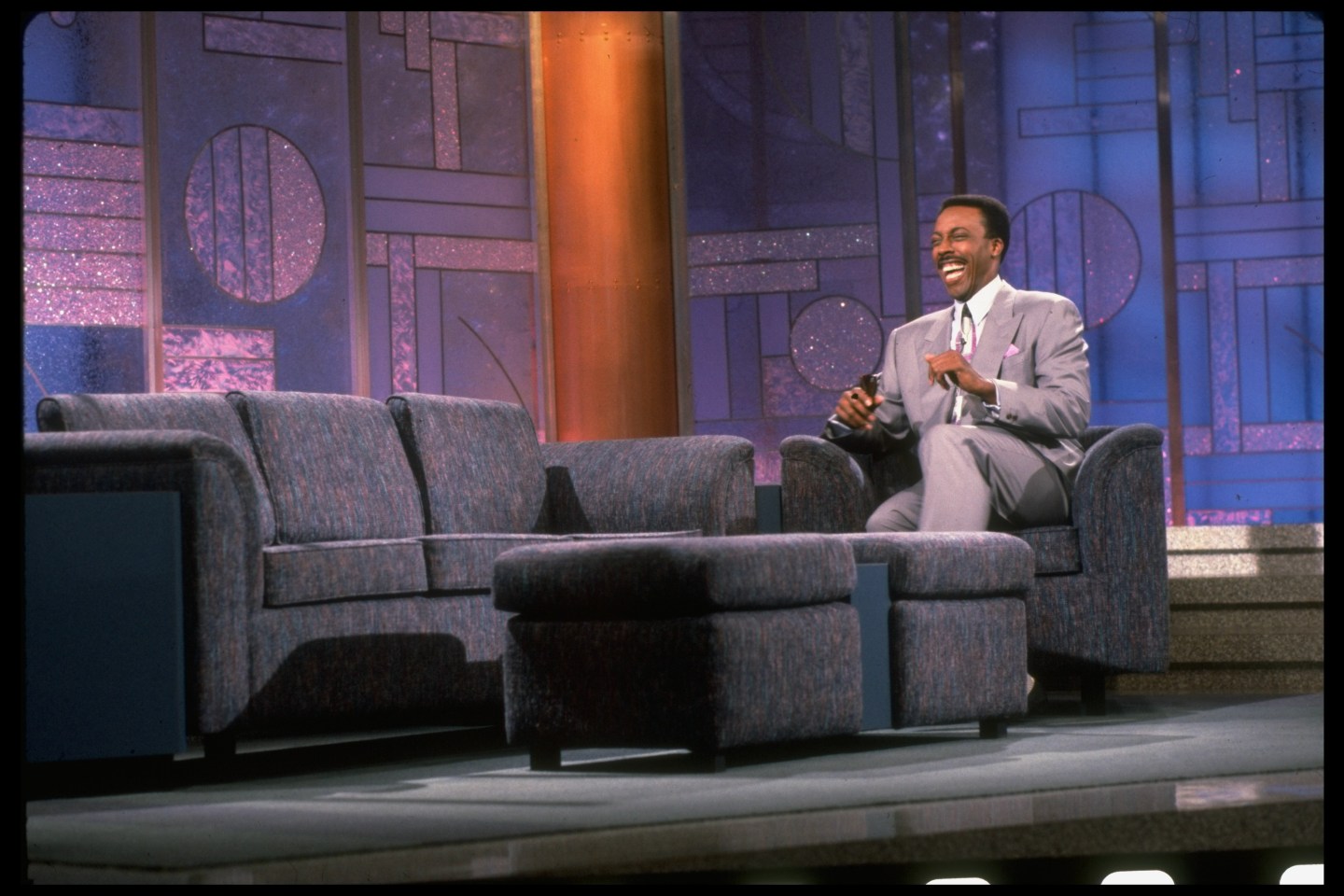 If you’d like to take a break from all the alternative facts and political drama, then let’s take a few moments to go back in time and bow our heads in gratitude.

Music industry insider Naima Cochrane delivers what she calls “music sermons” on her Twitter feed, which take her followers on curated journeys into music culture and history. She is a national treasure.

Her latest #MusicSermon devotional was a tribute to the Arsenio Hall Show which debuted thirty years ago this month. And as promised, sister Naima took us all to church.

For those of you who missed his reign, Hall is a stand-up comedian and actor who had a late-night talk show, which ran from 1989 to 1994. It was an instant hit and a significant departure from the established late-night fare.

Hall is often remembered as the person who first changed the way the public expected to see political candidates.

When he invited then still-unknown candidate Bill Clinton on his show, Hall spontaneously asked him to play the saxophone along with the band. Clinton, who had played the instrument in high school, gamely gave it a go. “I (got) a little bit of credit for showing him to a younger demo(graphic) and I got a little credit for changing how people run for the highest office in the land,” Hall recently told the Courier Post.

But Cochrane’s devotional explained that Hall had a much bigger, and largely unacknowledged influence on global culture.

Hall used his “unapologetically black late-night party,” as a platform to showcase talented musicians of color, including hip-hop artists, who were then mostly unknown to white audiences. East coast, West coast, new jack, crossover pop—they were all there. “This was only about a year after Yo! MTV Raps hit the scene, and a year before In Living Color and Fox’s hip-hop centric line-up,” she tweeted. “[S]o there weren’t many spaces to see our artists and our culture on mainstream TV.”

Cochrane posted short clips of notable segments that will take you all the way back. Hall wasn’t playing around. “[T]he bookers for the other late night shows probably ain’t even know what a Das Efx or a Fu-Schnicken was,” she says. “Arsenio did, though.”

I ain’t even know this Will Smith, but that’s none of my business.

Then she shared this clip of the late Luther Vandross, who was a guest on Hall’s very first show (along with Brooke Shields and Leslie Nielsen) and it took my breath away. Vandross dropped a quick a cappella version of “Let Me Take You Home”, a song that remains indelible on my hippocampus and my heart, and it was like he never left us.

The song, which is about the longing for another person, was in rotation at the time when I was still young enough to believe that all song lyrics spoke to my own tragic condition. But listening to it again, I realized that Vandross’s own longing had been much different than mine.

Vandross, a closeted gay man, died in 2005, so he didn’t live long enough to see LGBTQ+ people publicly accepted and affirmed. According to this 2017 interview with his friend Patti LaBelle, it was partly to not to alienate his legions of female fans, but mainly not to upset his mother. “Basically, he did not want his mother to be [upset], although she might have known, but he wasn’t going to come out and say this to the world,” she told Andy Cohen on the Bravo Show Watch What Happens Live.

I’d like to believe that if Arsenio had stuck around a little longer, he would have helped the world get there sooner.

The show was eventually canceled for flagging ratings. Queen Latifah gathered all of Hall’s people for a surprise segment to say good-bye. Vandross was the first to make a tribute. “People love this man so unconditionally, and he’s been part of our lives and done so much for us,” Vandross told the audience on Hall’s final show. “I’m sad to see you go because America is going to have a big chunk missing.”

Fact-checking the presidentIt’s now a national pastime. But President Trump’s first Oval Office address, a full-throated pitch for a wall across the U.S. Southern border suffered from numerous inaccuracies in both fact and context, see below for a helpful review. But this much is true: There is absolutely a humanitarian crisis at the border, and largely one of the Administration’s making.  NPR

The lifelong bachelor never had any children, but doted on his nieces and nephews. The entertainer said his busy lifestyle made marriage difficult; besides, it wasn't what he wanted.from the New York Times obituary for Luther Vandross