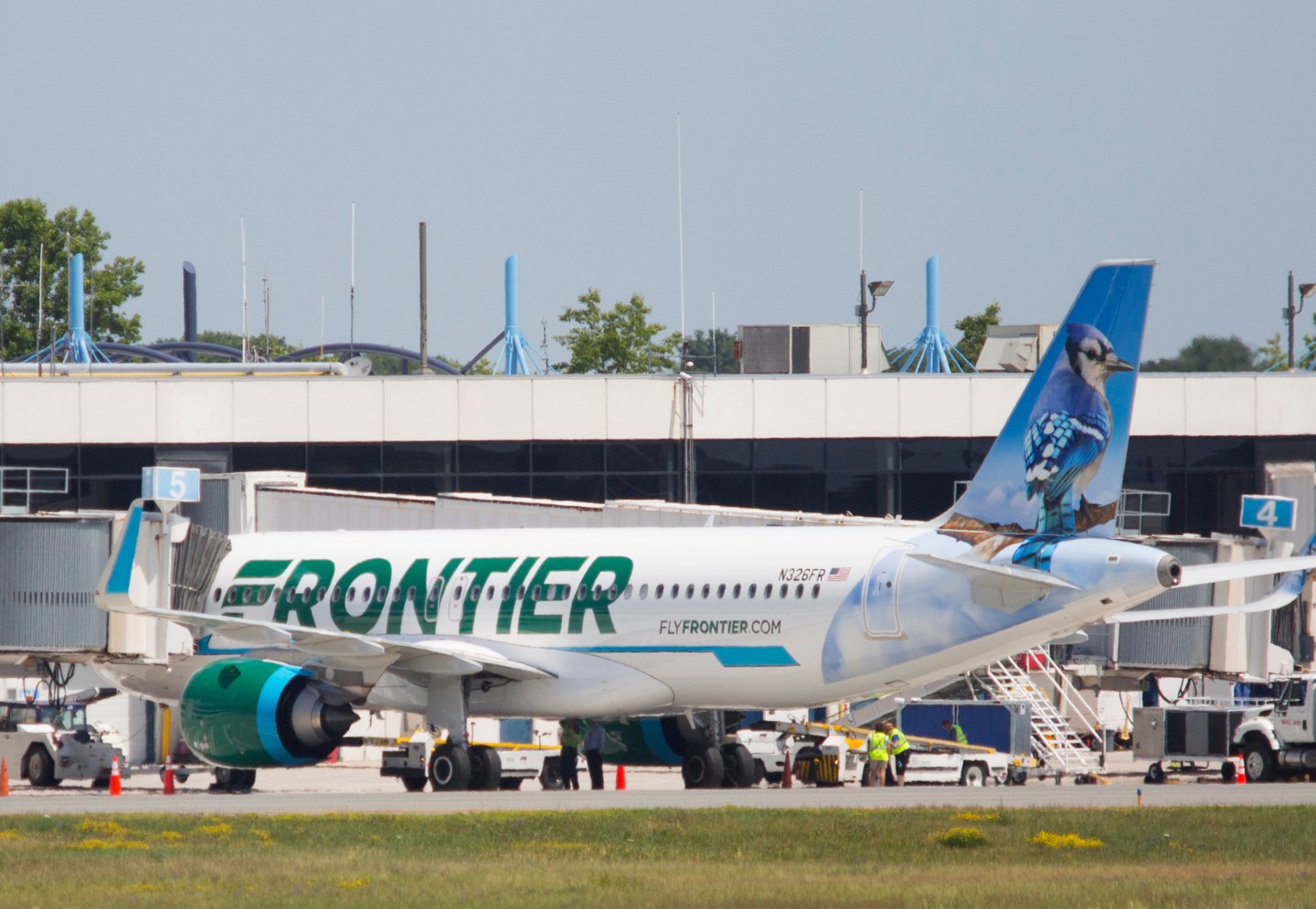 A Frontier airplane headed to Tampa, Fla., from Las Vegas made an emergency landing Friday at 7:26 a.m. due to damage of an engine cover minutes after takeoff.

No injuries were reported to the 166 passengers and crew members aboard Flight 260; however, passengers were terrified at the sight of pieces flying and fire outside their window.

The section of of the engine cover, called a cowling, loosened and separated from the aircraft. Once a passenger had noticed and alerted the cabin crew, the airplane had already taken off and nothing could be done about it.

Jazmin Pedraza, a passenger on the airplane told ABC News about the hectic scene happening before her eyes.

“As the plane started to accelerate, to take off, there were engine pieces flying and the engine had caught a slight fire. … One man started yelling and then everyone was yelling for assistance and pressing the buttons for [the crew] to stop the plane but we had already started taking off,” she said. “Once we got the attention of the flight attendants, she came and looked out of our windows to see what was going on and then went to call the pilot and got the passengers under control. Everyone started making phone calls to their loved ones and crying and panicking then they announced we will be doing an emergency landing and we stayed in the air for about 10 to 15 minutes until we were able to safely land the plane.”

Frontier airlines issued a statement shortly after the airplane had reached the Las Vegas McCarren airport gate on its own.

“Safety is our top priority at Frontier Airlines and we would like to acknowledge the professionalism of our pilots and flight attendants,” Frontier said. “We are working to get our passengers to their destinations as quickly as possible.”

The Federal Aviation Administration is currently investigating, while passengers have been given refunds.