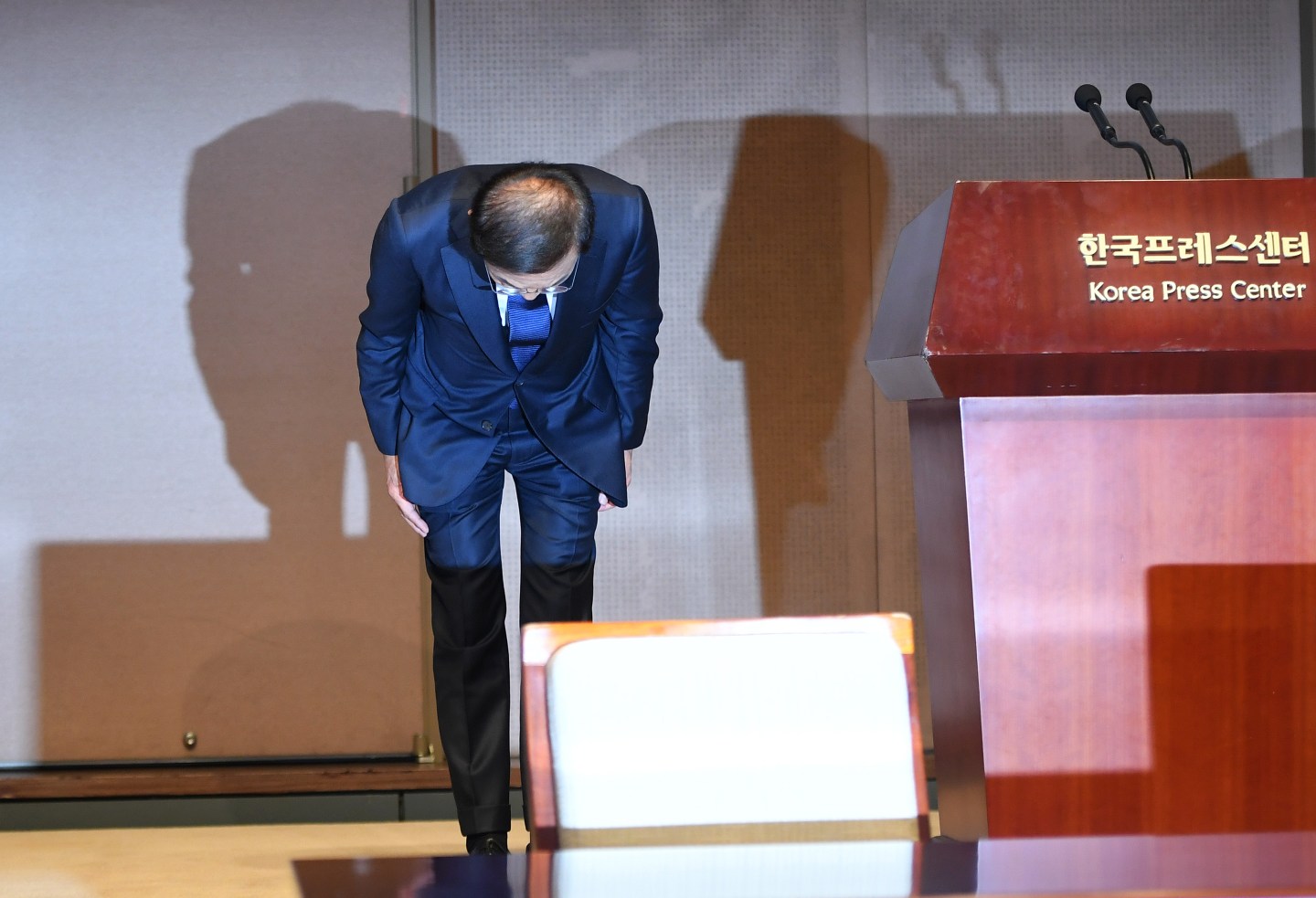 “We have failed to properly manage health risks at our semiconductor and LCD factories.”

Campaigners have since 2007 been pressuring the company over the illnesses, which manifested over the last few decades and which reportedly include more than a dozen forms of cancer, as well as multiple sclerosis, miscarriages, and even conditions affecting factory workers’ children.

“We sincerely apologize to the workers who suffered from illness and their families,” Samsung co-president Kim Ki-nam said Friday.

The apology was part of a settlement deal that was struck earlier this month. The affected people are getting up to 150 million won, or $133,000, per case.

“The apology honestly was not enough for the families of the victims but we will accept it,” said Hwang Sang-gi, the father of a woman who died of leukaemia in 2007 and the leader of an advocacy group, according to Agence France-Presse. “No amount of apology will be enough to heal all the insults, the pain of industrial injuries and the suffering of losing one’s family.”

The factories in question were mostly in South Korea, where Samsung is the largest conglomerate, although one was in Xian, China.

Despite the settlement, Samsung reportedly still has not provided much transparency about the chemicals used in its processes that caused the illnesses, nor the amounts that were used. It has said this information is protected by trade secrecy.

The company is currently the world’s biggest phone manufacturer. It also makes components including memory chips and screens for rivals such as Apple.