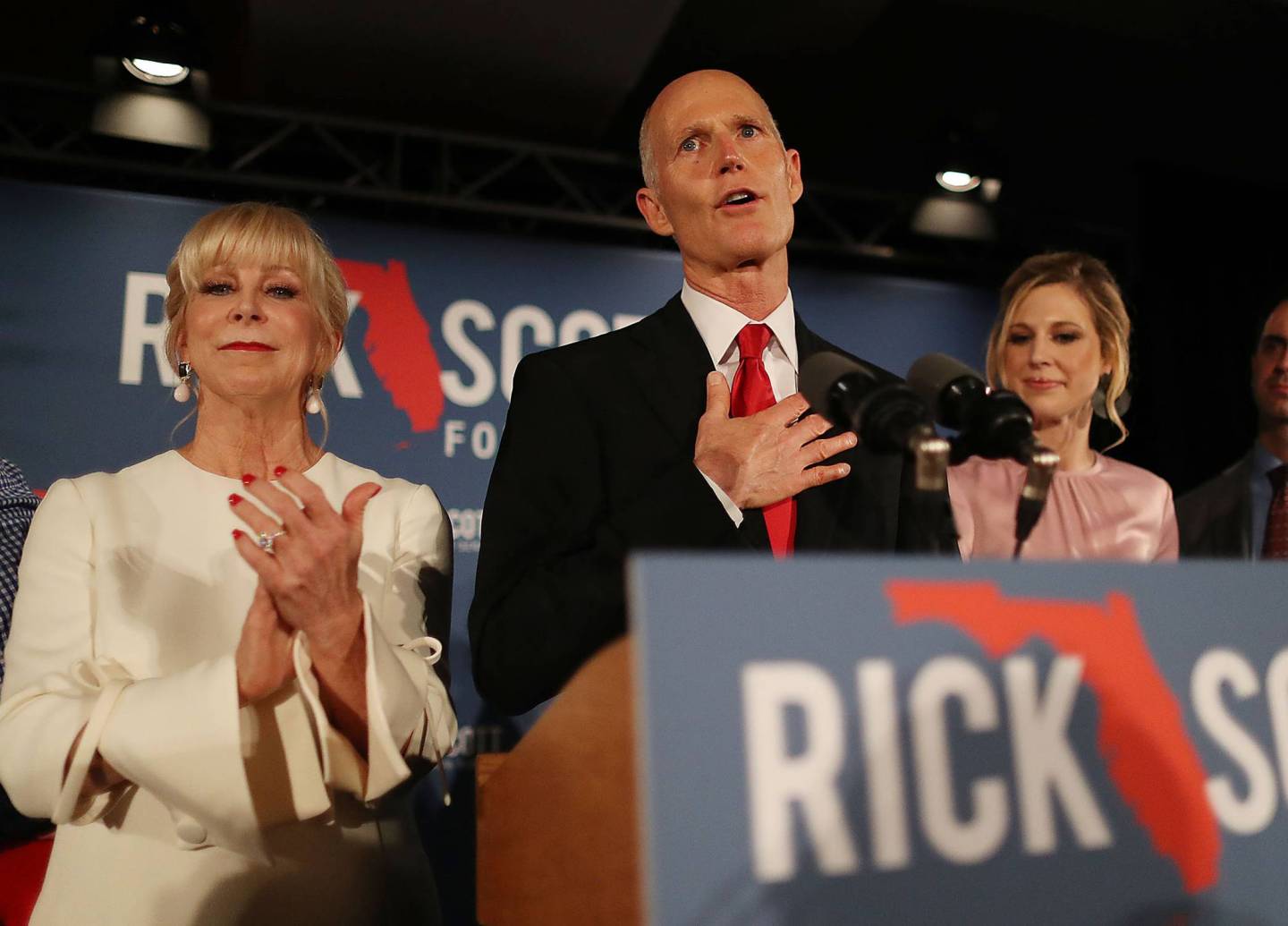 Florida Republican Rick Scott sealed his victorious campaign for U.S. Senate on Sunday, as Democratic incumbent Bill Nelson conceded the race they had fought in courts since the Nov. 6 election.

Earlier in the day, the results of the second round of statewide recounts showed Scott had held onto his narrow lead, giving Florida two Republican senators for the first time since the direct election of senators began in 1913.

“Now the campaign truly is behind us, and that’s where we need to leave it,” Scott said in a statement. “We must do what Americans have always done: come together for the good of our state and our country.”

The manual recount that concluded Sunday gave Scott a 10,033-vote lead over Nelson out of almost 8.2 million cast, according to official results. The tally, a slight tightening over a machine recount last week, continued Scott’s record of winning very competitive statewide races. He won his two contests for governor by less than a percentage point.

In a reflection of the bitterness of their post-election exchange of lawsuits over allegations of voter fraud and suppression, Nelson didn’t congratulate or even name Scott in his concession statement.

“There’s been a gathering darkness in our politics in recent years,” Nelson said. “My hope today can be found in the words of John F. Kennedy, who said civility can guide us through that darkness to a safe and sane future.”

The outcome gives Republicans 52 seats in the Senate — with Mississippi’s race heading into a runoff Nov. 27 — which means that the midterm elections left the party of President Donald Trump with a slightly larger but still thin majority in the chamber responsible for confirming administration appointments and judicial nominees. With far less than the 60 votes needed to overcome a filibuster on most legislation and a Democratic majority in the House, Republicans will increasingly need to work across the aisle to get bills passed.

Trump, who campaigned for Scott, congratulated him on Twitter for “having waged such a courageous and successful campaign” and vowed that he would be a great senator.

Florida’s Senate race proved yet again how a tiny fraction of votes in the country’s third-largest state can determine the outcome of elections. Wooing demographically and culturally diverse voters will be a top priority for political strategists looking ahead to Trump’s 2020 re-election bid.

The state famously decided the 2000 presidential election after weeks of lawsuits, ballot inspections and a U.S. Supreme Court ruling that gave the win to George W. Bush. Following that national attention, Florida’s legislature implemented an automatic-recount process dictated by the margin between candidates.

Scott initially declared victory on Nov. 6, while a spokesman for Nelson said he was disappointed in the outcome. But Scott’s lead began to shrink as more ballots were tallied overnight and into the following day. A machine recount that ended Nov. 15 put Scott ahead by just 12,603 votes — well within the quarter of a percentage point margin that triggers a manual recount.

Both Republican and Democratic volunteers, together with teams of lawyers and observers, reviewed 65,131 ballots that either didn’t record a vote for senator (known as an undervote) or appeared to select more than one candidate (known as an overvote).

Scott and other prominent Republicans, including Trump and Florida Senator Marco Rubio, questioned whether local officials were committing fraud to reverse the result. But state electoral officials said they had observers in various counties and they hadn’t found evidence of criminal wrongdoing.

Nelson’s campaign insisted that they were only seeking to ensure that every vote was counted. His legal team, led by Marc Elias, filed almost a dozen lawsuits to question why some ballots, including those with apparent signature mismatches, were discarded.

U.S. District Judge Mark Walker issued rulings over the past two weeks that both disappointed and cheered Nelson’s campaign. The Democrat’s concession on Sunday made those challenges moot.

Florida’s gubernatorial race was decided by less than half of a percentage point. Republican Ron DeSantis’s win over Democrat Andrew Gillum was confirmed last week in the machine recount of ballots and wasn’t close enough to go to a manual recount. Gillum conceded on Saturday.

The hand recount showed Democrat Nikki Fried apparently defeated Republican Matt Caldwell by 6,753 votes in the race for Florida’s agriculture commissioner. If the results are certified on Tuesday, Fried would be the only Democrat to hold statewide office.