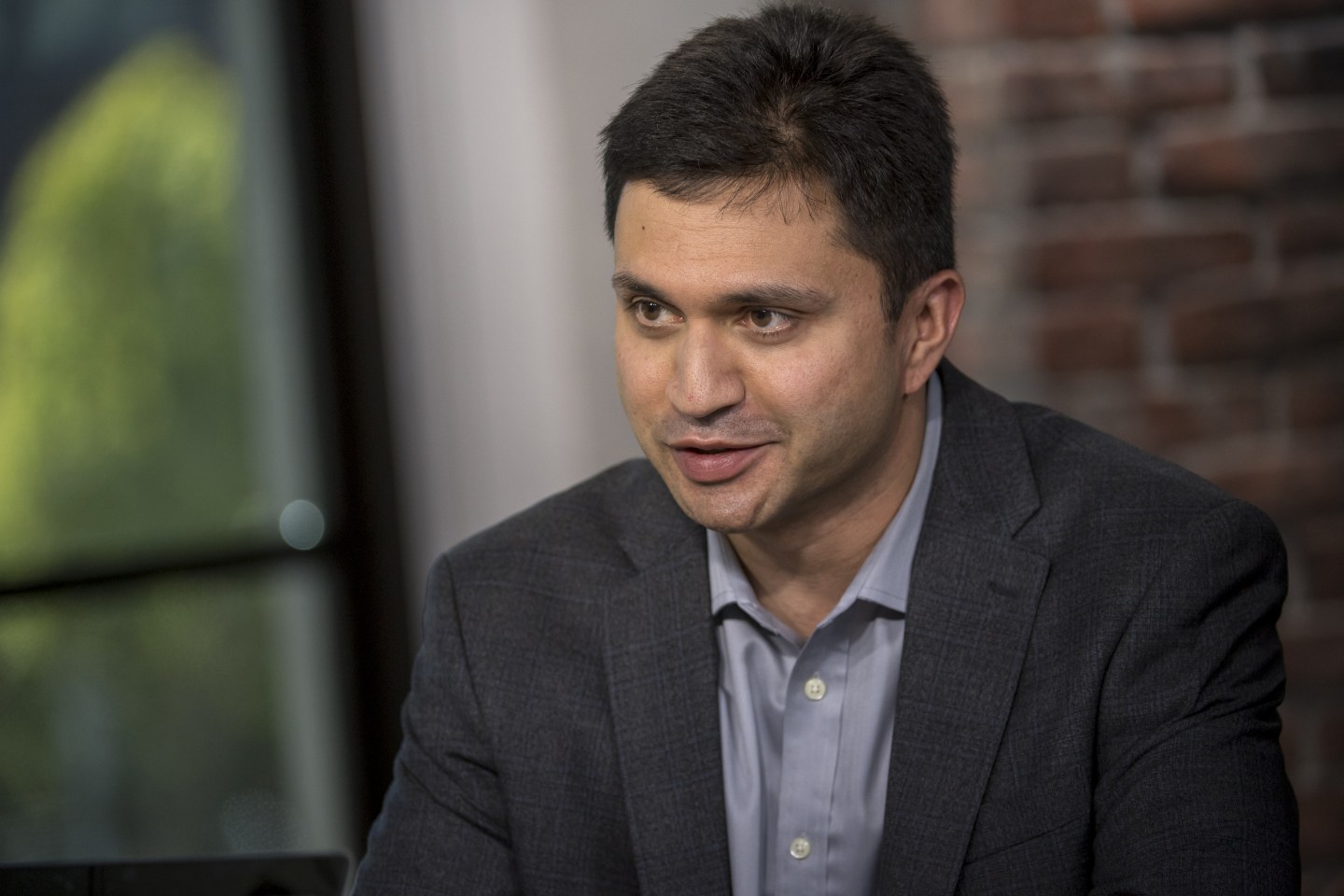 Netskope, a cybersecurity firm that specializes in “cloud” security, has raised $169 million in a new round of venture capital funding. The deal vaults Netskope into the so-called unicorn club, a burgeoning class of startups with private valuations of $1 billion or more.

“An IPO is definitely on our trajectory,” Beri said on a call with Fortune while acknowledging that he has no timeline for such a filing.

Netskope helps businesses—including more than a quarter of the Fortune 100—to secure their data, web applications, and cloud infrastructure from breaches. The company has raised a total of $400 million to date through six rounds of funding, including the latest round.

Netskope has 610 employees, and it recently moved its headquarters a few miles away from Los Altos, Calif. to a new base in Santa Clara, Calif. The 6-year-old company closed its first-ever acquisition a couple of months ago when it bought Sift, a cybersecurity startup that uses machine learning to detect and prevent breaches within cloud computing environments, such as Amazon Web Services, Microsoft Azure, and Google Cloud.

Beri said Netskope’s subscription-based revenue has risen 75% year over year, though he declined to get specific about the company’s sales. He added that making money is not a priority at the moment.

“To be frank, profitability is not our focus right now,” Beri said, emphasizing plans to pour funding into research and development, sales and marketing, and potential acquisitions. “You innovate or you die in security,” he said.

Growth at the speed of light

Lightspeed first participated as an investor in Netskope’s second round of funding in Oct. 2013. The firm continued to invest in subsequent rounds like Netskope’s $100 million raise last year, including as co-leader, along with venture capital firm Accel.

Arif Janmohamed, a Lightspeed partner and Netskope board member, said he first met Beri while the two were working as engineers at tech startups in California during late ’90s dot-com boom. He told Fortune that he sees a $17 billion market opportunity for Netskope, which amounts to the IT spend for securing corporate networks “on premise,” a segment he expects will shift to the cloud.

Netskope “has all characteristics of a company like Nutanix, AppDynamics, or Mulesoft—that’s why we leaned in,” Janmohamed said, referring to some of the biggest enterprise software successes in Lightspeed’s portfolio. Nutanix went public in a wildly successful IPO two years ago; AppDynamics sold to Cisco for nearly $4 billion on the eve of its IPO last year; and Mulesoft was scooped up by Salesforce for $6.5 billion earlier this year.

The rest of Netskope’s existing investors re-upped their investments in the latest round of funding, including Accel, Geodesic Capital, Iconiq Capital, Sapphire Ventures, and Social Capital. Base Partners, a new investor, joined the round as well.

“A huge amount of market cap is shifting from behind the firewall apparatus into the cloud,” Janmohamed said, adding that “the first derivative of any application stack is security.”

The cloud security market remains a hot one for deals.

Microsoft bought Adallom, a Netskope rival, for an undisclosed amount in 2015. A couple months later, Blue Coat, now owned by Symantec, picked up Elastica, another competitor, for $280 million. And last year McAfee purchased Skyhigh Networks, yet another challenger, for an undisclosed sum.

Beri is confidant that Netskope will remain independent and forge ahead with an eventual IPO, he told Fortune. He plans to follow the path of other recent public market debuts, such as Zscaler, Forescout, and Carbon Black.

Other cybersecurity unicorns include Tanium at $6.5 billion, CrowdStrike at $3.35 billion, Darktrace at $1.65 billion, Illumio at $1.18 billion, and Cylance at about $1 billion. (These figures refer to post-money valuations at the time of a company’s most recent fundraising round and are supplied by Pitchbook, a venture capital market researcher.)