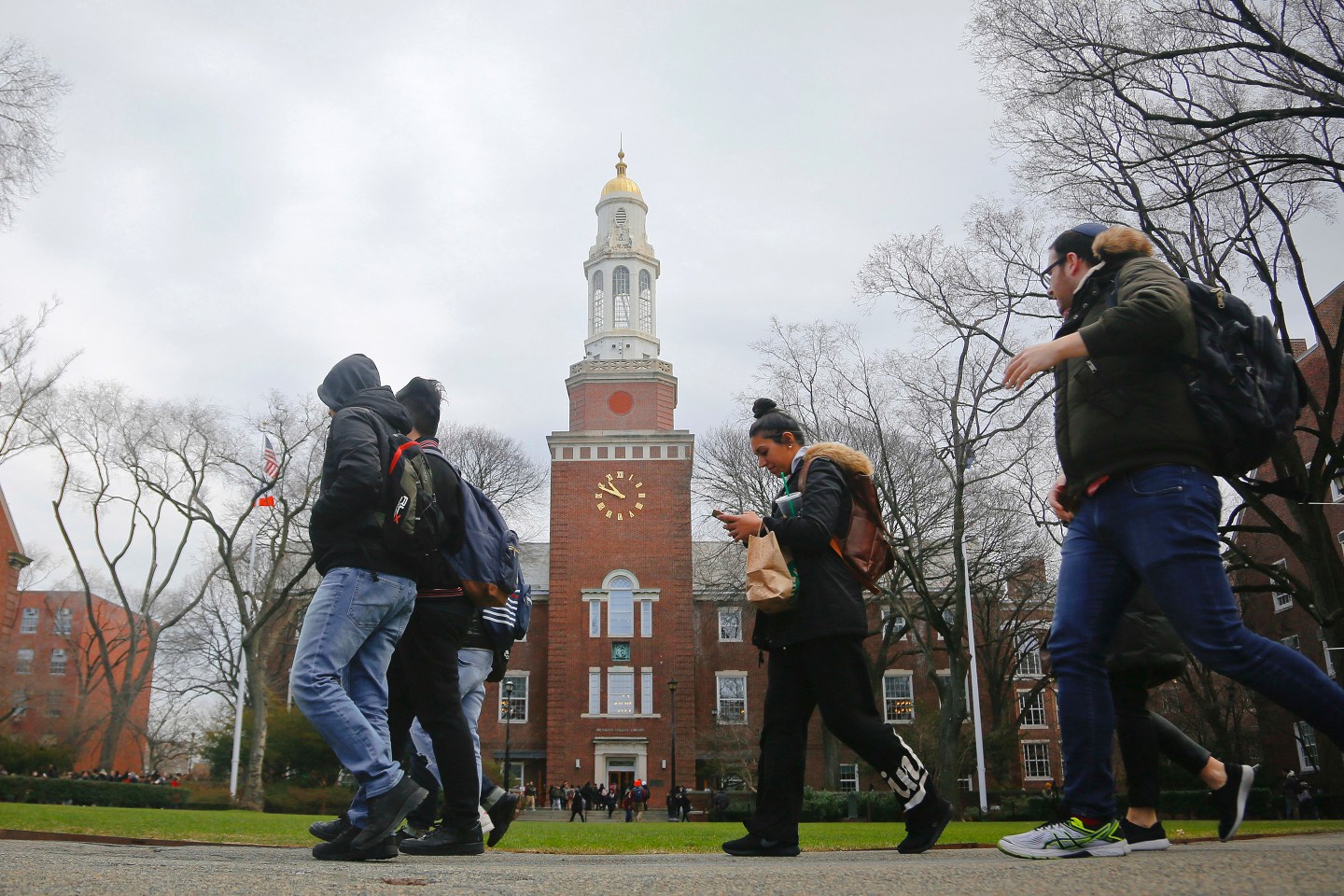 Mandatory Credit: Photo by AP/REX/Shutterstock (8269580b) Brooklyn College students walk between classes on campus in New York. They don't mean to sound ungrateful, but New York public college students who would stand to gain from the nation's most ambitious free-tuition proposal are quick to point out a sobering reality from their own meager finances: Free tuition doesn't mean free college Free Tuition, New York, USA - 01 Feb 2017
AP/REX/Shutterstock

When it comes to 529 college savings plans, 62 separate plans represent about 95% of the total investments. And of those, the best are in Illinois, Virginia, Nevada, and Utah, according to Morningstar.

The investment research firm has published its most recent ranking (as well as upgrades and downgrades) of 529 plans. And in 2018, the downgrades greatly outnumber the upgrades.

Only two plans showed improvement this year, according to Morningstar. Oregon’s College Savings Plan went from neutral to bronze level, while Arizona’s Ivy InvestEd 529 Plan climbed from negative to neutral. Nine plans were downgraded this year, with four of those—in North Dakota, Florida, Arizona, and Nebraska—falling to a negative rating.

“The 529 industry continues to make significant fee cuts, so plans standing still on fees have become increasingly unattractive,” said Leo Acheson, associate director of Morningstar’s multi-asset and alternative strategies team in a statement. “We downgraded more plans than we upgraded this year, as several plans under coverage have not kept pace with improvements across the landscape.”

All of the Gold rated college savings plans retained their rankings from last year. Top of class again in 2018 were:

Silver ranked plans remained unchanged as well. The full list of ratings can be found on the Morningstar site.

So which plans should you avoid? Morningstar listed five plans with a Negative rating this year, with “excessively high fees” being cited as a chief reason:

“There’s little incentive for even in-state college savers to stay in the plans when similar fare is offered at a much more palatable price,” said Morningstar.