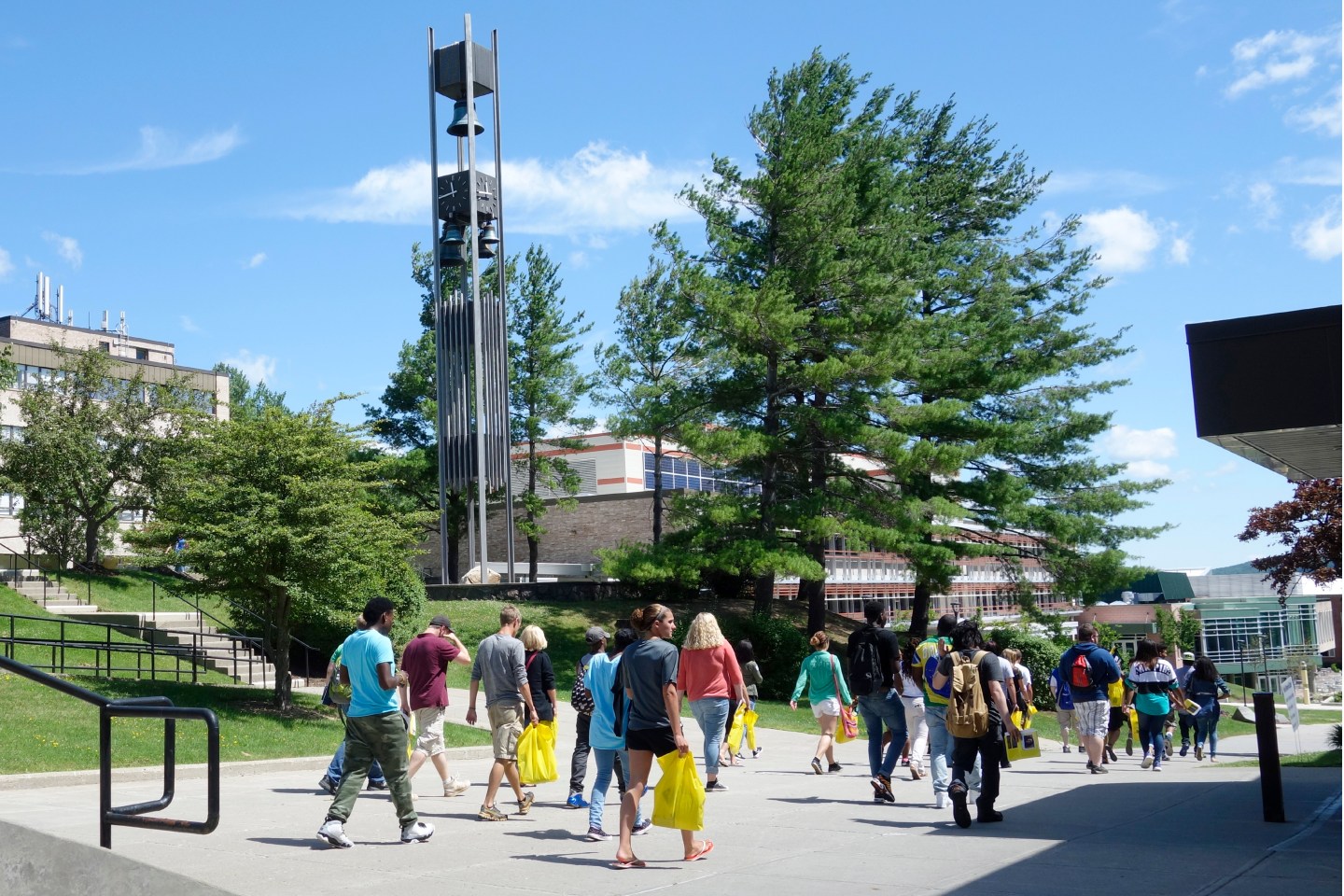 “New York now has free college tuition!” That powerful message is simple enough to put on a bumper sticker. But the reality of New York State’s new program, signed into law on Wednesday, is more nuanced. In reality, Albany has birthed an upper middle-class entitlement that won’t increase the number of students going to college.

The free college tuition movement neatly aligns two forces. One is a growing progressive populism that believes in making socially valuable services free. The other is the pocketbook interest of the middle and upper middle class, a large and politically active part of the population. New York Gov. Andrew Cuomo, a savvy politician, understood in a New York minute that this plan is a political winner.

Demands for free public university tuition reflect soaring sticker prices at state universities. Cutbacks in state higher education appropriations have been the driving engine of tuition growth over the past 40 years. Between 2008 and 2016, the average state appropriation per full-time student fell by $1,599 in inflation-adjusted 2015 dollars. State cuts constitute roughly 70% of the rise in list price tuition at public universities over the same period.

New York currently funds its public universities more generously than most states, so the cost of eliminating tuition is comparatively low. The estimated cost of the new program, known as the Excelsior Scholarship, is $163 million, which is a tiny 0.1 % of the state’s new budget. It’s not a surprise that the free tuition movement has more traction in the Empire State than in places like Virginia or Vermont, which would have to spend far more per student to zero out tuition.

Here’s how the system will work, and why it won’t create much access to college. New York will give a scholarship to any student whose existing federal and state need-based aid doesn’t fully cover the $6,470 list price tuition at any public institution, like one of the State University of New York (SUNY) campuses. Most poor families already pay no tuition out of pocket. As a result, they won’t get any Excelsior money.

Take a family making $21,000 per year. They’ll qualify for a $5,920 Pell Grant from Washington and a $4,000 need-based Tuition Assistance Program (TAP) Grant from New York State. After grant aid fully pays their tuition, they can use $3,450 of the remaining Pell support to pay for room, board, and other costs of attendance.

A family whose adjusted gross income on their tax form is $80,000 a year gets no need-based grant aid from Washington or Albany, so its budding student will get an Excelsior Scholarship to cover the full $6,470. This example shows the political wisdom behind the program. It targets with laser-like precision people making $60,000 to $100,000 (and that cap will soon rise to $125,000). They are the big winners, and they vote. The poor get nothing extra, and that helps limit the state’s costs.

Most young people with adequate college preparation who come from upper middle-income families are going to college anyway. For them, an Excelsior Scholarship will not be the deciding factor between going to SUNY Buffalo and taking a job at McDonald’s. The nation’s real college access problem is with low-income families that rely on need-based grants. For them, the non-tuition cost of attendance—and this includes extra living expenses, books, transportation, and foregone wages—are what keep them out of school in such large numbers and cause them to drop out so easily if their financial situations change.

To improve college access, need-based grants need to be enlarged to cover more of these non-tuition costs. And to improve college completion, the underfunded state universities that educate the bulk of the nation’s at-risk students need more resources. Free tuition proposals address neither of these issues, while funneling scarce public resources to families making almost double the median family income.

The new program may work against lower-income families in another way. States need to provide bigger subsidies over time to cover the rising cost of the technology-saturated educational experience students need for the modern labor market. The legislature may find future tuition increases more palatable than raising state appropriations, because “only wealthy families” would be forced to pay the extra tuition. Middle-income students would be protected by the automatic increase in the size of their Excelsior Scholarships. But higher list price tuition would also tax low-income students’ Pell Grants by leaving less in federal and state need-based aid to pay their non-tuition costs.

The program’s hard cutoff at $100,000 of adjusted gross income also has consequences. A New York family that earns $100,001 and has one child at SUNY loses a tuition benefit of $6,470 because of that extra $1 earned. Expect to see some creative thinking on New York tax returns. Likewise, the mandate that students stay in New York for as many years as they were funded by an Excelsior Scholarship is a poison pill that reduces the value of the program for many students.

On the plus side, “free tuition” sends an easily understood signal to over three-quarters of New York’s families. Most people don’t understand the complex system of grants and discounts. They focus instead on the list price of tuition and overestimate what it will cost to send a child to college. As a result, poor- and middle-class families often don’t adequately prepare their children for the demands of college-level education. This new program forcefully tells all families under the income threshold that their list price is zero, which could ease their concerns over the financial burden of sending their children to college.

Despite this benefit, free tuition proposals don’t put any more resources into the schools that need them most. And they don’t reduce the cost of attendance for students who really are on the margin between going to college and entering the workforce without meaningful training or a degree. New York can do better.

David H. Feldman is a professor in the economics department at the College of William & Mary. He is the author of Why Does College Cost So Much? and The Road Ahead for America’s Colleges and Universities.