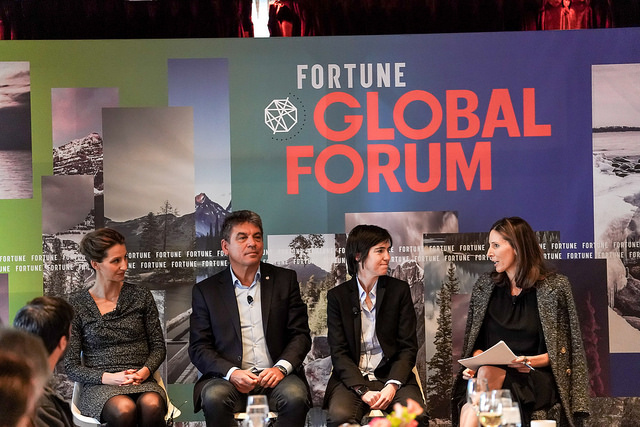 While the advent of self-driving cars is generating a lot of excitement, leading thinkers in the transportation sector told the Fortune Global Forum on Tuesday that safety and reduced traffic will be the ultimate test of the technology’s value to society.

Boston Consulting Group last year forecast that by 2030, about 25% of all miles driven in the United States could be done by shared autonomous electric vehicles. And indeed, everyone from Tesla (TSLA) to GM to Alphabet’s Waymo (GOOGL) are rushing to develop automated vehicles and get a lead in where automobile making is heading.

But cool factor aside, leading thinkers in the mobility industry told the conference in Toronto that widespread adoption and acceptance by the public will hinge on the tech proving that it can improve quality of life, from reducing emissions to shortening time lost to long commutes.

“If there’s only one metric, it’s reduction in single-passenger car kilometers. It saves real estate, it saves emissions, and it saves economic productivity, and reduces congestions in one metric,” said Josipa Petrunic, CEO of Canadian Urban Transit Research & Innovation Consortium.

Carsten Breitfeld, a former BMW executive who now heads Chinese electric car maker Byton, said people would judge the industry on air quality improvements. As for Raquel Urtasun, the head of Uber’s Advanced Technology Group in Toronto, it will all ultimately come down to safety, noting that 1.3 million people around the world die on the roads, the bulk of whom perish because of human error.

Uber is dealing with the fallout from the death of pedestrian this past March in Tempe, Ariz. after being struck by one of its cars, which had a safety driver behind the wheel.

Other factors the industry has to grapple with include bureaucracy, which could impede the updating of infrastructure needed to support the future of mobility, as well as financing challenges for governments running up deficit.