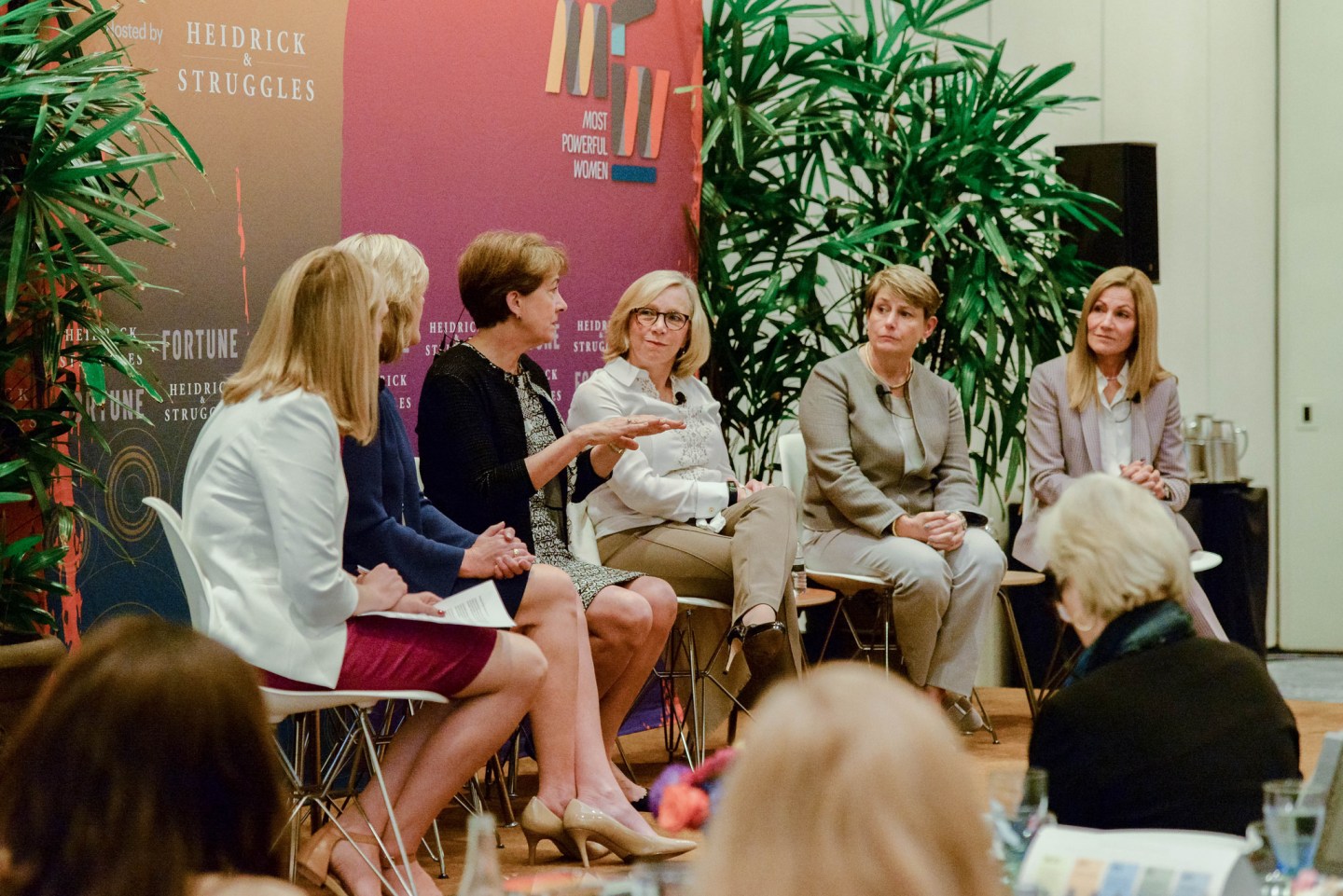 In a bid to even out the gender imbalance in corporate boardrooms, California earlier this week became the first state in the U.S. to legally require female representation on boards for companies based in the state.

While it’s a move in the right direction, some female leaders and board members who spoke at Fortune’s Most Powerful Women conference in Laguna Niguel, Calif. on Wednesday said they worry that it could result in companies naming women to boards to comply with regulation, rather than incorporate new skills.

“We’ve got to fix it. That’s for sure,” said Bonnie Gwin, co-managing partner of Heidrick & Struggles’ global CEO & board practice. But “I’m personally not a huge fan of quotas,” she added.

The new law requires that California-based companies appoint at least one woman to their board of directors by 2019, and at least one to three by 2021, depending on the size of the firm. The bill also allows California’s Secretary of State to fine violators $100,000 for the first offense.

Gwin, whose employer helps place such executives at companies, suggested a “Name and Shame” system in which companies are told publicly that 25% of their board members must be women by a certain date. If companies fail to comply, she said, then that failure should be discussed with the press.

“I think that’s better than a quota,” Gwin said. “Because the risk you run is, in some cases… sometimes women feel like they are tokens.”

Another issue: Companies may have too many criteria for finding suitable board members.

“We need to look deeper in organizations,” said Tricia Griffith, president and CEO of the Progressive Corporation. “If you want someone that has a CEO role to their name, you’re going to be very limited. So you need to go a layer deeper, then another layer. And those women and people are hard at work in operating roles that have a lot of value.”

For more coverage of Fortune’s Most Powerful Women Summit, click here. And subscribe to the Broadsheet, Fortune’s newsletter on the world’s most powerful women.