Hey Reid Hoffman, What Is Blitzscaling? 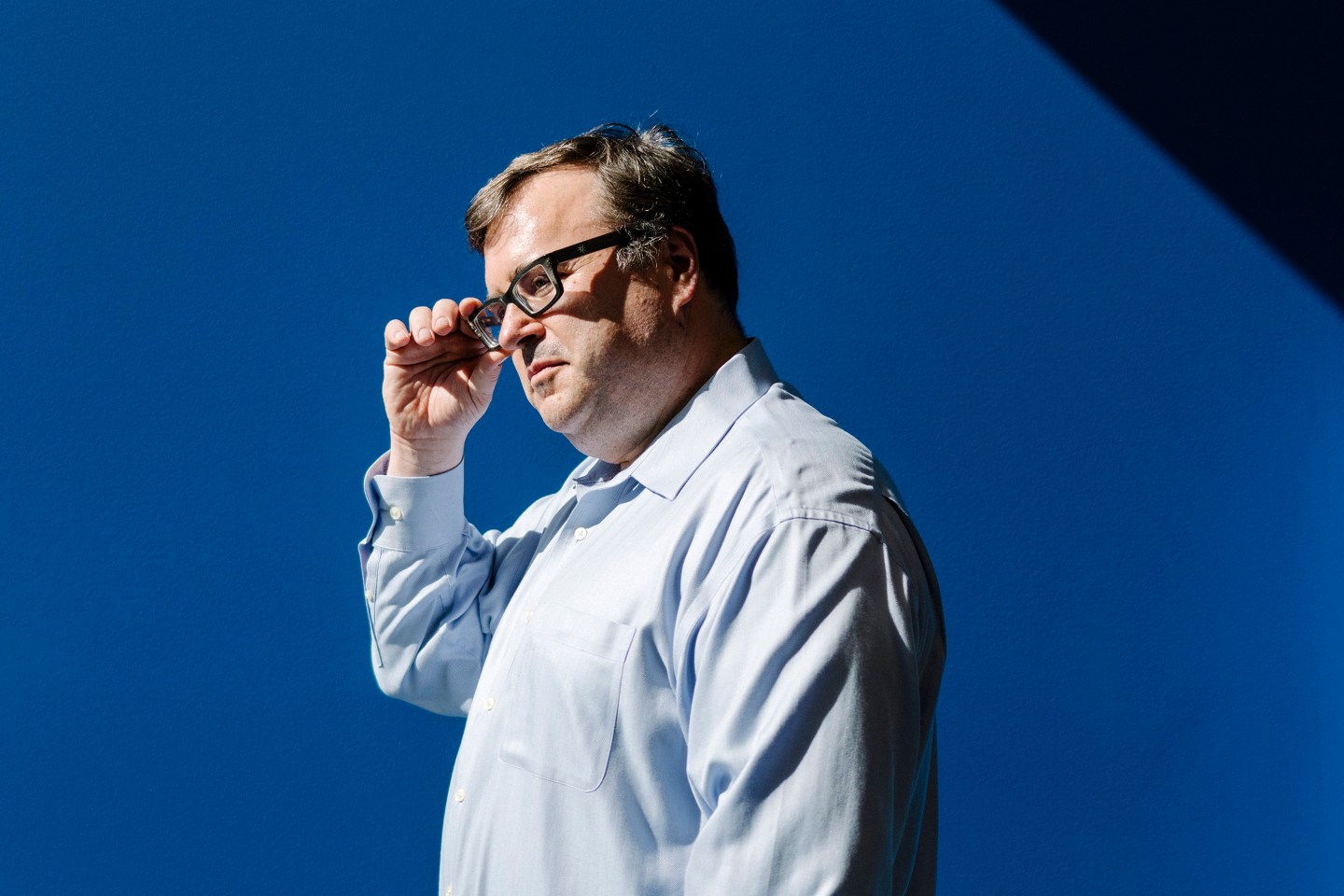 For years, Hoffman, who has been referred to as “the startup whisperer of Silicon Valley,” has been advising founders to take risks that prioritize speed over correctness and efficiency. In a new book, Blitzscaling: The Lightning-Fast Path to Building Massively Valuable Companies, Hoffman shares his secrets for startups that want to achieve global dominance.

The concept he calls “blitzscaling” provides a set of techniques that allow entrepreneurs to grow their businesses quickly, while outmaneuvering competitors.

FORTUNE: What is blitzscaling & who does it apply to?

HOFFMAN: Blitzscaling is prioritizing speed over efficiency in the development of a company even in the face of uncertainty. You are optimizing for growing your business and your customers at a fast rate, which means you’ll spend capital inefficiently and you will do it by taking risks in uncertain times. You choose to do so because that’s how you essentially become the first to scale.

What attributes do entrepreneurs need to better blitzscale their company?

One attribute I look for in entrepreneurs is a willingness to learn. It’s basically that you’re constantly learning and you’re learning at speed. Part of the challenge of blitzscaling is that you have to be constantly evolving your management team. You move from “everyone’s a doer” to “most people are doers” to “managers of doers” to “managers of managers.” There’s this constant evolution during which you have to be learning new patterns, and that requires that you are an intense learner.

Those attributes are absolutely necessary for a successful blitzscaling entrepreneur.

At what point in a startup’s lifecycle does it need to focus its efforts on blitzscaling?

There are a couple of triggers. If you’re in a complete space by yourself and have no competition and no need for critical mass, generally speaking, you’d do something that’s more like “fast scaling,” in which you measure your customer acquisition cost and focus on effectively spending your dollars and growing your organization in ways that minimizes chaos. But more often than not, for startups, you either have actual competition or prospective competition because in a hyper-connected world, competition can come from anywhere.

You’re often in a situation where competition is coming or it’s already there and you have to think about how to beat it. What you’re doing is you’re running toward a place where the market will let you blitzscale as much as possible. You’re actually running for the launch point before your competition because the first to scale is what matters.

In the process of running toward the launch point, you’re figuring out product-market fit and you’re aligning capital to try and recruit the best possible talent. One thing about blitzscaling is that it’s not about being sure yet of your business plan or your go-to-market strategy — you’re launching into it while you’re working on those things.

Is it naive to think that the same person can continue to lead the company as it enters each new growth stage?

It’s not naive. In fact, your preference as an investor is to have the founder scale the whole way. Think Mark Zuckerberg and Jeff Bezos. That’s a good thing from an investor’s standpoint. Now, what generally happens is that you’re constantly evolving your management team. There’s no science to this, but I often counsel founders and tell them they’ll probably trade out half of their management team.

Your executives change and rotate a lot as you grow, and one of the pieces of advice I give is: Never promise them they’ll be head of product forever. Promise that as long as they’re doing a good job, their job will always be growing with more responsibility and new challenges. But that doesn’t mean they’ll always be head of product. It’s important to remember that everything changes as you grow.

You write that the key rule for many blitzscaling companies is to “ignore your customers.” because it’s “one of the fires that’s easier to let burn until you have finished fighting bigger, more deadly fires.” How do you justify this idea?

Well, it’s not that you always ignore your customers, but you ask yourself: “What are the key things I need to do, and what do I need to ignore in order to scale?” With PayPal, we knew that customer service email complaints were growing exponentially. We knew we could survive getting low product ratings for a while because we were still an absolutely essential service so we could focus on building out our product.

Of course, if you ignore your customer forever, you die. It’s that we were able to ignore a piece of it temporarily in order to get to a high volume and become an essential part to how payments are made on the web. Ultimately, that’s what made us valuable to customers.

Ignoring your customers forever is a recipe for death. It’s about ignoring customers in certain aspects because that’s the right way to play.

What role does culture play in blitzscaling?

Culture becomes the shorthand of how the whole company operates. Who are the folks you’re hiring? How do they work together? What are the ways you make decisions? The reason why it’s important to create a very effective culture is because it allows you to quickly define an operating, decision-making values structure for what you’re doing.

Of course, you can do culture badly, too. You have to make sure that your culture isn’t made up of people who look just like you. Your culture is a set of values on how you operate, but you have to ensure it also has the right kind of inclusive characteristics, so you have those as you scale as well.

The difference was about how Uber failed to make the transition from pirate to Navy. In many ways, a lot of startups are like pirates, but to scale effectively, you need to transition to a Navy ship.

One of the cultural aspects is that Airbnb was struggling with regulators just like Uber. But Airbnb was saying, “We’re willing to work with you to come to a shared vision,” whereas Uber was pissed off and basically implying that, “This is the way we’re doing it, and if you don’t like it, we’re going to run around you because we don’t care.”

As opposed to trying to work with cities, Uber took the approach of, “Screw you, we’re going to do it anyway.” That “screw you” leads to a whole bunch of pirate-like behavior all the way down the management chain.

If you’re executing the blitzscaling plan, how do you know it’s working and you’re not just burning cash and experiencing regular growth?

To some degree, if you do it the smart way, you try to figure out whether your unit economics will work in the end and your organization will be a place that you can normalize after you’ve blitzscaled. You’re constantly paying attention to all those things. In terms of knowing whether you’re on track, to some degree, the simplest measure is are you able to raise the capital or are you able to bring in revenue that funds the blitzscaling?

[Venture investors are] usually pretty smart and care a lot. But that’s a test. If someone is willing to write you a check for $50 million, $100 million, or $200 million, then as long as you’re both having a genuine conversation about the business, that’ll indicate that you’re at least on track.

Similarly, you can tell when you look at the talent. Is your company becoming attractive to really high-quality talent? That’s the talent validator for blitzscaling.

And of course, you’re constantly analyzing the business, thinking about customer acquisition, and looking at the churn rate. It’s those types of signals that tell you whether you’re on track.

But by the way, you only fully know once you get close to the destination.

That can be dangerous.

This article originally appeared in the October 1, 2018 issue of Fortune.