Wikileaks’ Julian Assange Is Stepping Down. Here’s Its New Editor 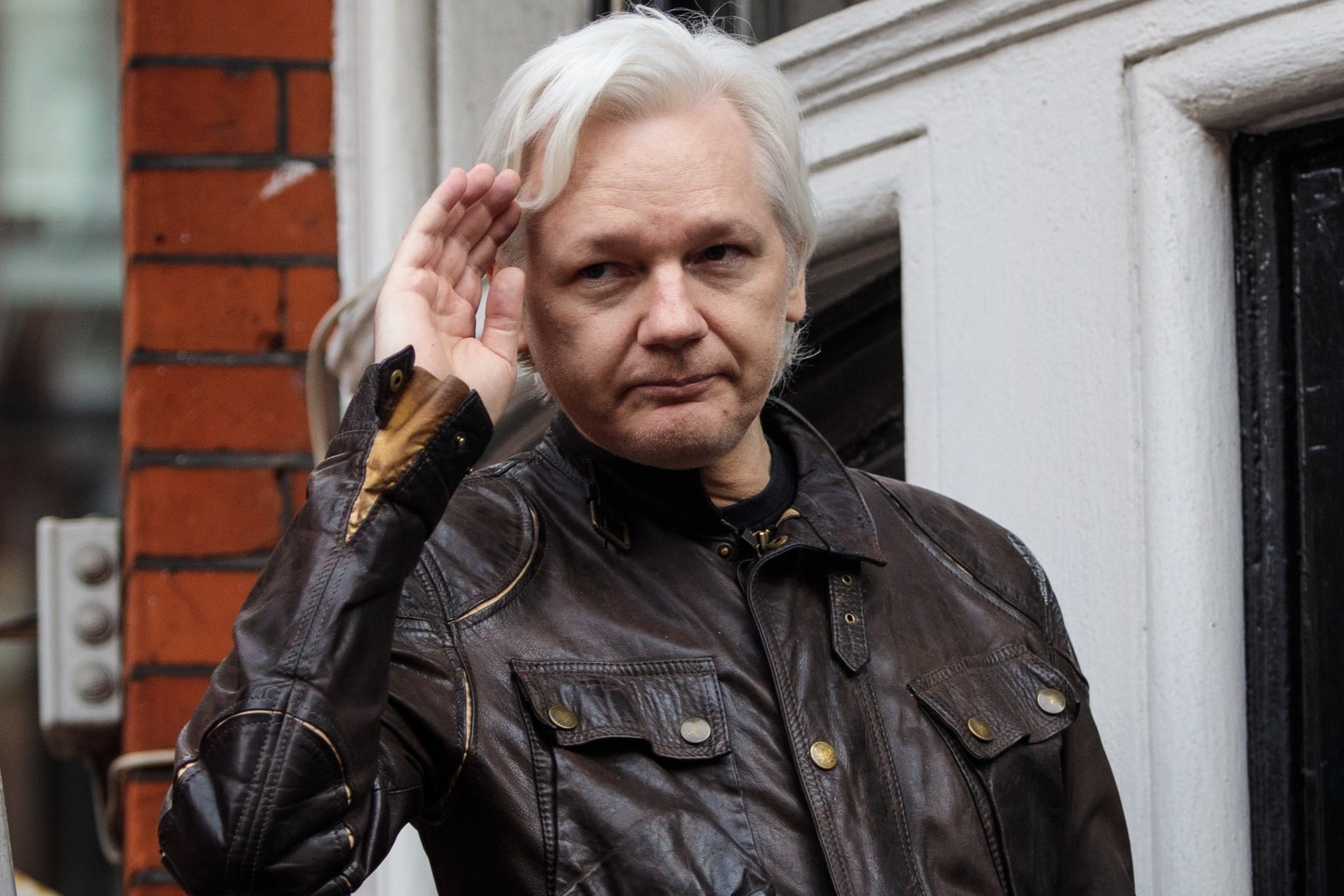 LONDON, ENGLAND - MAY 19: Julian Assange gestures as he speaks to the media from the balcony of the Embassy Of Ecuador on May 19, 2017 in London, England. Julian Assange, founder of the Wikileaks website that published US Government secrets, has been wanted in Sweden on charges of rape since 2012. He sought asylum in the Ecuadorian Embassy in London and today police have said he will still face arrest if he leaves. (Photo by Jack Taylor/Getty Images)
Jack Taylor—Getty Images

Julian Assange founded WikiLeaks in 2006 and has served as its editor in chief ever since—until now. On Thursday, WikiLeaks said on Twitter it has a new top editor, Kristinn Hrafnsson.

Wikileaks came to attention in 2010 when the site published a series of leaked documents concerning the U.S. military’s actions in Afghanistan and Iraq. That same year, Assange faced an international arrest warrant concerning allegations of rape and sexual assault in Sweden.

Two years later, Ecuador granted Assange asylum in its London embassy. But it seems the embassy has cut Assange off from any online communications since March. To cope, Assange has handed off editorial responsibilities of WikiLeaks to Hrafnsson.

WikiLeaks tweeted the change that lamented Assange’s detention in the Ecuadorian embassy, while praising Hrafnsson as “an Icelandic investigative journalist selected in 2010 as Icelandic journalist of the year (his third award).” Hrafnsson has served as a WikiLeaks spokesperson from 2010 to 2016, when he began to oversee certain, unspecified projects for Wikileaks.

In 2009, Hrafnsson was reportedly dismissed from RÚV, Iceland’s national broadcasting service, following his reporting on an Icelandic bank’s lending record that was leaked to WikiLeaks.

In April, a presidential election in Ecuador threatened to jeopardize Assange’s immunity in the London embassy as a conservative candidate vowed to extradite him to the U.S. Instead, the vote went to a candidate friendly to Assange’s plight, although the restrictions on internet access have kept him from overseeing WikiLeaks on a daily basis.

During the 2016 U.S. presidential election, Assange fell under growing suspicion that he has been acting as an agent of the Russian government, including by releasing emails damaging to the Hillary Clinton campaign during the election.

In 2017, in the wake of the 2016 U.S. presidential election, Hrafnsson told reporters he wasn’t WikiLeak’s spokesperson anymore. “Being on the road for six years gets pretty tiring,” he told the AP.

In an interview Thursday with the AP, Hranfnsson said it “remains to be seen” whether his posting as WikiLeaks’ editor in chief will be temporary or permanent. Assange has fashioned himself as the site’s editor, publisher and spokesperson. Whether Hrafnsson will assume other roles beyond editor is also unclear.