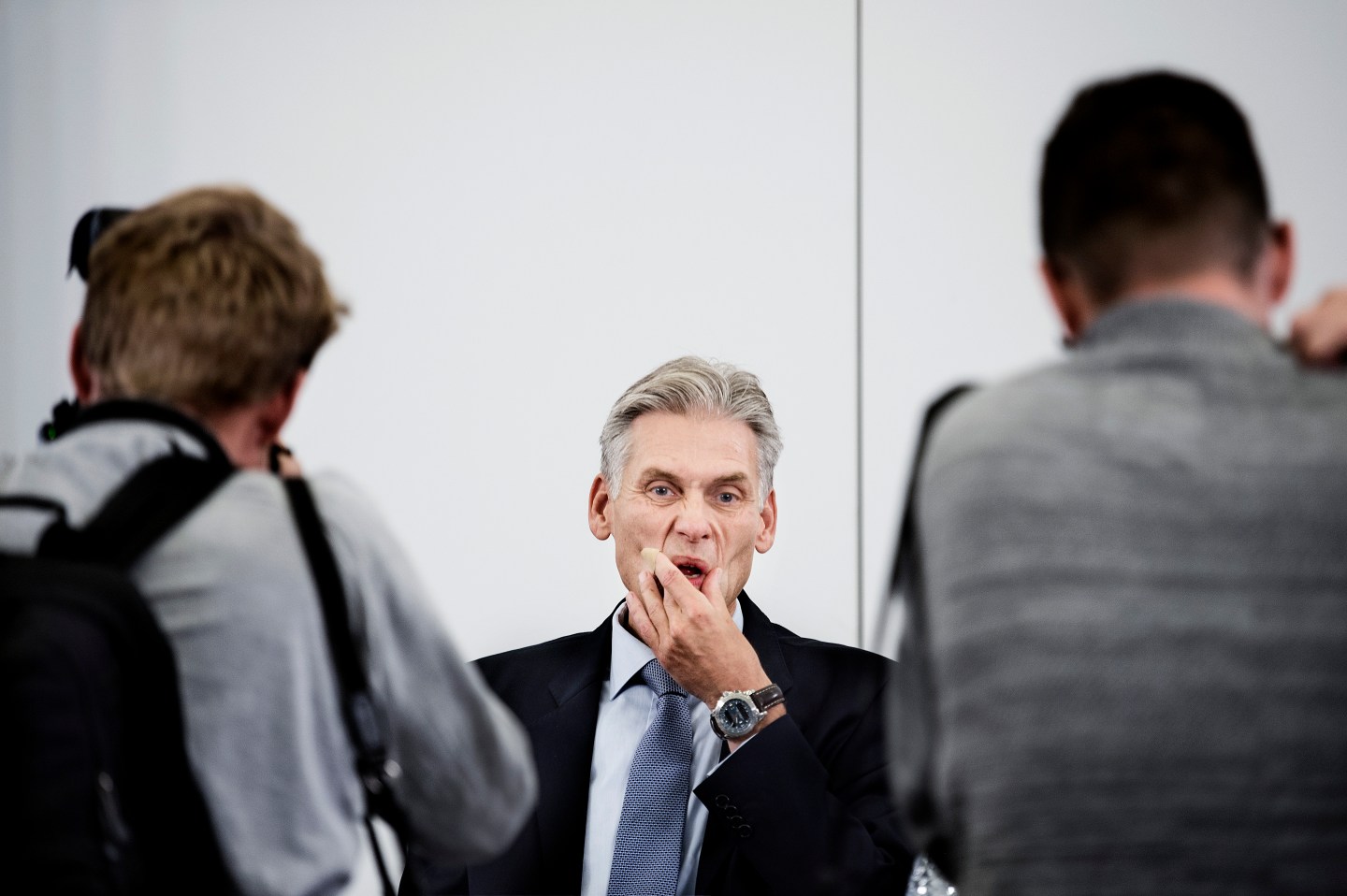 Thomas Borgen (C), CEO of Denmark's largest lender Danske Bank, is pictured prior to a press conference about the money laundering scandal in the bank on September 19, 2018 at the Tivoli Kongres Center in Copenhagen. (Photo by LISELOTTE SABROE/AFP/Getty Images)
Liselotte Sabroe—AFP/Getty Images

The CEO of Denmark’s largest bank has fallen on his sword over one of Europe’s worst-ever money laundering scandals.

Danske Bank’s slack controls allowed its Estonian operations to be used for money laundering from 2007 through 2015. That’s the conclusion of investigations that the bank commissioned from an external law firm.

In conjunction with the release of those findings, CEO Thomas Borgen announced his resignation. “It is clear that Danske Bank has failed to live up to its responsibility in the case of possible money laundering in Estonia. I deeply regret this,” he said. “Even though the investigation conducted by the external law firm concludes that I have lived up to my legal obligations, I believe that it is best for all parties that I resign.”

Danske’s Estonian operations came with the purchase of Sampo Bank in 2007. The scale of the money-laundering, which largely involved customers from former Soviet states, appears to have been substantial. Of 15,000 non-resident customers, who made a total of €200 billion ($234 billion at today’s exchange rates) in payments during the period, it seems 6,200 “hit the most risk indicators,” and of these customers’ activities “a significant part of the payments” were suspicious.

The bank has exonerated its board, chairman and CEO of breaching legal obligations, dismissed or reprimanded various employees and managers, and apologized to everyone. While it isn’t sure how much money-laundering took place, it knows it made $235 million from the suspicious customers—and what the authorities don’t confiscate from that sum, Danske will donate to an independent foundation that fights international financial crime.

Does that draw a line under the matter? Not at all.

The Estonian authorities launched a criminal investigation into the money-laundering at the end of July, prompted by a complaint by none other than Hermitage Capital chief Bill Browder, one of the Kremlin’s bêtes noires. Browder reckons much of the laundered cash came from the Russian state, and alleges that dozens of Danske employees in Estonia were linked with organized crime.

Meanwhile, The Wall Street Journal reported Friday that U.S. law enforcement agencies are investigating the affair, following a tip to the SEC from a whistleblower two years ago.

This article was adapted from essay that appeared in Wednesday’s CEO Daily newsletter. Subscribe here.