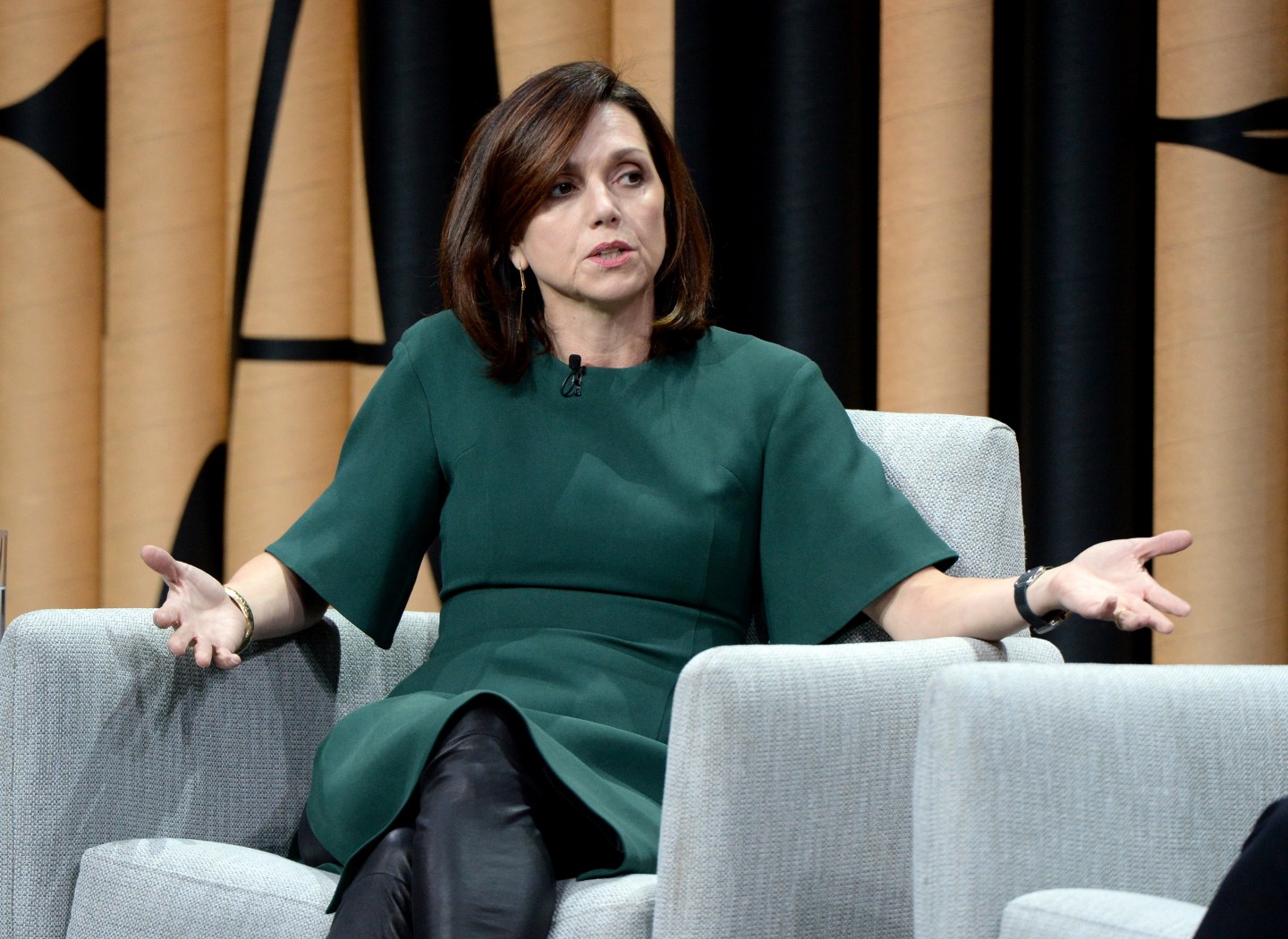 In 2005, Beth Comstock was running digital for NBC when she got a call from a very unexpected recruiter: Apple co-founder Steve Jobs. In this exclusive excerpt from her new book, Imagine It Forward: Courage, Creativity, and the Power of Change, the former GE SVP and vice chair tells the story of how and why she turned Jobs down when he came calling.

As NBC’s new head of digital, I’d been working with Apple to push more of our digital content to iTunes, and I got to know their team as the relationship grew. I met with Steve’s right-hand man, iTunes VP Eddy Cue and got to know Allison Johnson, their head of advertising. Eddy later approached me about working for him, as a general manager for iTunes.

When Steve called me to seal the job offer in November, it came so out of the blue that I couldn’t think of anything to say, except that anyone would be stupid to not consider such a great opportunity. I went to Cupertino as a next step, meeting with a number of people at Apple, culminating with Steve himself.

I was led into Steve’s stark-white conference room next to his office. Steve seemingly materialized out of nowhere in his black mock turtleneck and jeans. He was smaller in person than I expected. Our meeting lasted an hour. We talked a lot about GE’s ad campaigns, about our clean technology business strategy Ecomagination, and about NBC and digital content. He didn’t make any specific offers or mention a title other than iTunes management. I realized I was being felt out. It was all very Jedi.

A few days later, he left a message on my cell phone: “This is Steve Jobs. I just wanted to say how much we’d like to have you work for us at Apple. We’re about to make something really big happen. You haven’t seen anything yet. If you have any questions, I’m happy to talk to you directly.”

I felt honored and excited, but queasy. Could I just leave NBC? In 2006, Apple wasn’t yet the juggernaut it would become with the iPhone. An inveterate planner, I focused on all the reasons I had for turning Apple down.

The environment seemed very command and control, and I had been trying to get away from that environment at GE/NBC. Allison told me that although Steve was hard to work for, she did her best work there. If you want to be tested and made better, she said, Apple was the place to do that. That resonated with me.

Although I was torn, in the end I said no. Two months later, I was surprised when Steve called me again. “I understand why you didn’t take that role with iTunes. I get it, it wasn’t big enough for you. But I have an idea for another role. When can you come to see me?” When I told him I had plans to be in San Francisco in two weeks, he suggested that we “take a walk.”

At first, he talked about the concerns on his mind: energy consumption, landfill issues with computer waste, packaging and shipping. Then he asked me to tell him more about Ecomagination. He was particularly interested in the advertising that we had done at GE. I talked a lot about our dancing elephant and the imagery. He saw our efforts as imaginative and “bold.”

“I want you to work at Apple. So here’s what I have in mind. You’ll work directly for me. I need someone who can help us get a better handle on the environment. We’re not where we need to be, and I’m committed to doing a much better job on the green front. And I think there are other things you’ll do down the road.”

At home, I spent the weekend obsessing over what to do, driving my husband, Chris, crazy. We spent hours at the kitchen table walking through the Apple offer, doing the math on whether we could swing the move to California. Then I stayed up half the night, making worksheets, methodically listing the pros and cons about my role at NBC versus Apple.

I had a long daily commute to New York from our home in Connecticut, which had been convenient for my GE job. Truthfully, we didn’t love Connecticut. I felt guilty seeing how my daughter Katie had struggled to adapt as a young teenager to a new school in a new town where relationships are hard to navigate at any age. I worried about uprooting my younger daughter Meredith, who was just starting high school.

I was nervous about taking an assignment that was so vague. I had been burned by my NBC role, where I had a title and responsibility without accountability. And I wanted to be part of content creation more than technology development—perhaps run a cable network or a consumer digital company.

I called Steve back on Monday. “Steve, you’ve given me a lot to think about. It is exciting,” I said. “But I can’t take the job. I just can’t move my younger daughter right now. It was hard for my older daughter, uprooting her to Connecticut. I vowed not to repeat that.”

I think Steve was surprised, but his tone was very empathetic.

“You have to take care of your family first. I understand,” he said. “I’m sorry. But I understand.”

Later, I felt turning Steve down may have been one of my biggest missed opportunities. Not the money, although it hit me a few times how much I could have made in stock options. The thing that nagged me most was the missed chance to be tested, to grow and be made better. And yet, in my gut, I worried that I might not have thrived in that environment. There may have been too many constraints on my ability to grow and innovate.

There would be a few other times I talked to companies about open roles. I’ve never considered it disloyal to discover new potential paths and understand your worth outside your current company. Usually I’d return with a renewed commitment to the mission, and especially to the team.

Adapted from IMAGINE IT FORWARD: COURAGE, CREATIVITY, AND THE POWER OF CHANGE Copyright © 2018 by Beth Comstock. Published by Currency, an imprint of Penguin Random House LLC