This Little-Known Agency Could Predict Another Financial Crisis. Why Is Trump Kneecapping It? 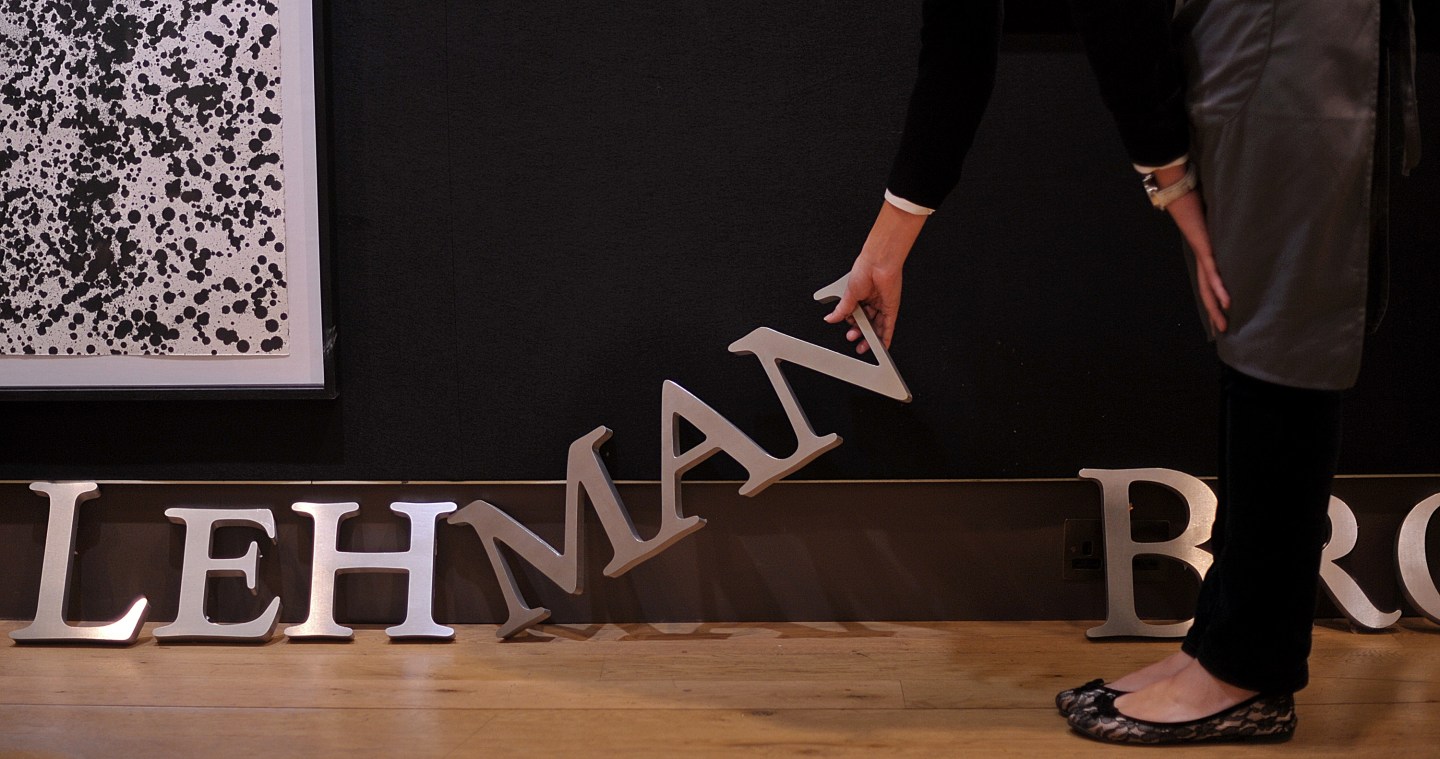 An employee poses for photographers with part of a Lehman Brothers company sign at Christie's auction house in London on September 24, 2010. The sign will be sold as part of the 'Lehman Brothers: Artwork and Ephemera' sale in London on September 29. AFP PHOTO / BEN STANSALL (Photo credit should read BEN STANSALL/AFP/Getty Images)
Ben Stansall—AFP/Getty Images

Over a two-day period 10 years ago, the financial crisis of 2008 hit full stride: Lehman Brothers failed, the mega-insurer AIG was bailed out, and Bank of America announced the acquisition of Merrill Lynch. The meltdown had started long before, but Sept. 15 and 16 made it clear to everyone that a financial apocalypse could be in the offing.

One of the culprits in causing the crisis—which wound up costing every American $70,000, according to new research from the San Francisco Federal Reserve—was a lack of appreciation for systemic risk, or the extent to which financial giants were interconnected and how much activity was occurring in shadowy, non-bank corners where no watchdogs lurked, threatening the entire system.

Regulators didn’t have enough information, and what they did have they didn’t share with each other. When the mortgage market went south, nearly everyone in government was caught off guard by how little they knew regarding the tenuous strands holding the financial markets together.

One aspect of the 2010 Dodd-Frank reform law is aimed at addressing this shortcoming: the creation of the Office of Financial Research (OFR), an important body that is far from a household name. Sadly, its low profile has allowed it to be kneecapped by Republicans in Congress and President Donald Trump’s administration. Failing to let the office do its job properly makes another financial crisis more likely.

Much like the Consumer Financial Protection Bureau was meant to correct the scattershot nature of consumer regulations, the OFR aims to address the fact that financial data is collected by a host of different agencies—when it is collected at all—and that those agencies not only don’t share the data with each other, but don’t use it to craft a picture of risk across the system as a whole.

The office is independently funded and empowered to issue subpoenas if it doesn’t get the data it wants. In theory, it’s supposed to feed info to the Financial Stability Oversight Council, another entity created in the wake of the crisis with a mandate to spot and address systemic threats.

The OFR has done some good work, including standardizing global data to more easily spot and assess risk. But it’s been dealt blow after blow from Republicans, which has limited its effectiveness.

For instance, the Trump administration has cut its budget by 25% and laid off some 40 employees. Trump has nominated Dino Falaschetti to be the office’s director; Falaschetti previously worked under House Financial Services Committee Chairman Jeb Hensarling, who has sought to eliminate the OFR altogether. Even before Trump’s presidency, Republicans in Congress evinced no love for the office’s work, characterizing it as just another worthless bureaucracy and driving down the office’s morale.

That’s not a recipe for crafting a successful agency.

It’s not that the OFR is singlehandedly going to prevent another financial meltdown, of course. Like much of Dodd-Frank, it’s an untested tool that is only as good as it’s allowed to be and will only be useful if the policymakers in charge take advantage of it. But it aims to correct a real problem.

In September 2008, regulators were blindsided by the extent of the financial system’s fragility. Preventing the OFR from producing robust work ensures those blind spots will persist.

Pat Garofalo is a writer and editor based in Washington, D.C. He was formerly an editor at U.S. News & World Report and ThinkProgress. His book, The Billionaire Boondoggle: How Our Politicians Let Corporations and Bigwigs Steal Our Money and Jobs, will be published in April 2019.