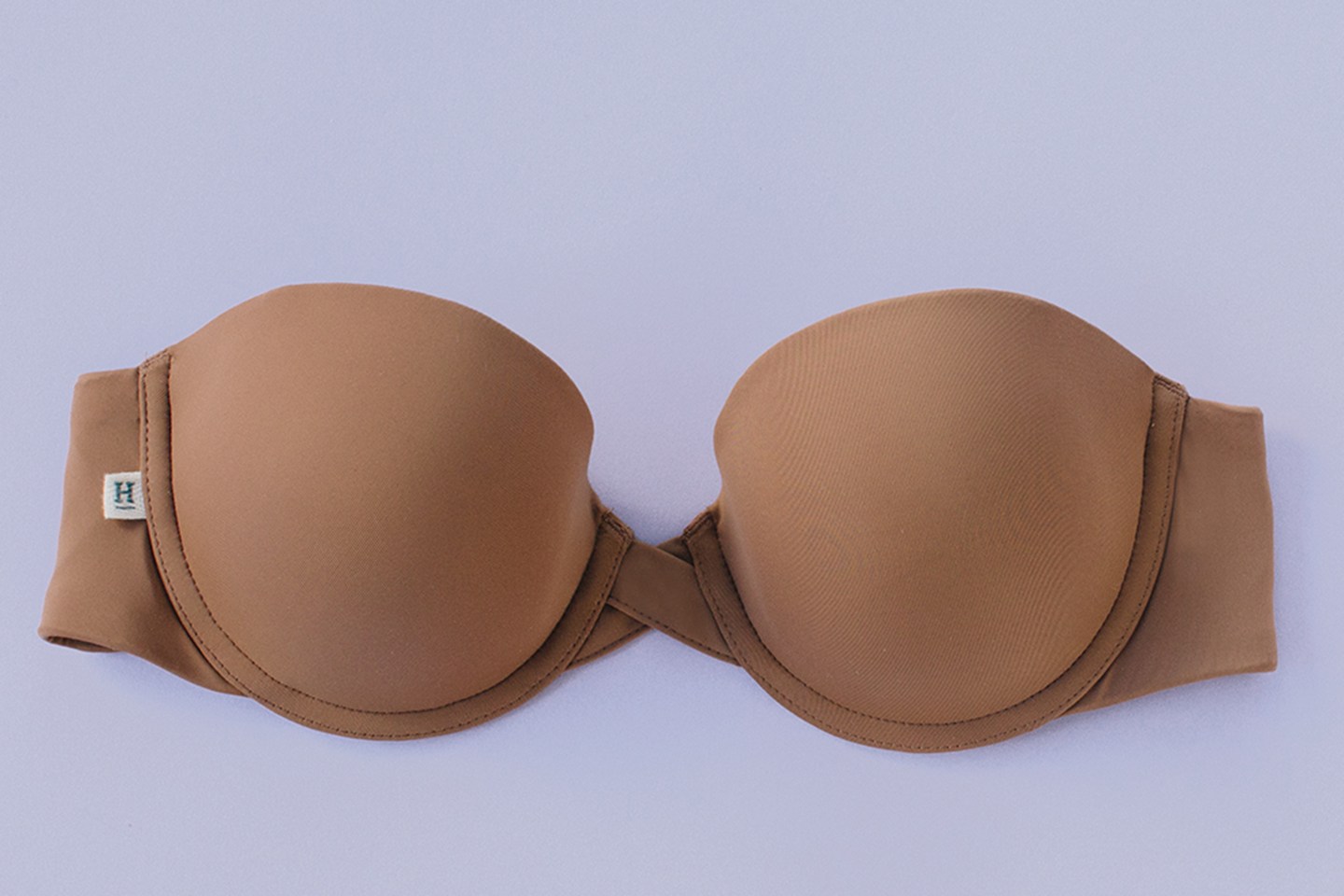 Harper Wilde, a startup selling basic, inexpensive bras, has been advertising with Facebook and Facebook-owned Instagram since the retailer launched about a year ago. So the company was surprised in July when both sites suddenly removed a sizable number of its ads—more than 45 in all. According to emails reviewed by Fortune, Facebook told Harper Wilde that the ads violated its advertising policies banning nudity and sexualization.

The retailer says that nothing about the offending ads had changed and that none are particularly sexualized. One features a bra against a lavender background, while others show women wearing the products.

“It’s frustrating for us because everything that our company stands for is desexualizing this product,” said Harper Wilde co-founder Jenna Kerner. “It’s a woman’s most basic commodity, it’s like a razor or a mattress. It’s really frustrating to see that antiquated view put on a photo of a bra on a colored background.”

A spokesperson for Facebook said in an email that the Harper Wilde ads in question were taken down for linking to a landing page that features art including nudity, which violates the company’s ad policies relating to “adult content.” They said that Facebook’s advertising policies disallow excessive visible skin or cleavage or images focused on any individual body part, even if not explicitly sexual in nature.

Harper Wilde isn’t the first bra maker to say it’s been unfairly targeted by the social network. Berlei Australia and Curvy Kate have also objected to having their ads banned in the past. Issues of how Facebook will regulate ads—and whether it will make that process consistent and transparent—have cropped up in other industries as well. Take cryptocurrencies and “initial coin offerings” (a type of fundraising using cryptocurrencies): Facebook banned ads promoting both in January, only to roll back the overall ban a few months later. Instead, the company said it would rule on the ads in a case-by-case basis, noting “eligibility may be subject to such conditions and restrictions as Facebook may decide.”

This seems to be the same nebulous standard that the company is using to regulate ads like Harper Wilde’s. Advertisements selling bras are technically allowed, but there is no way for a company to be certain that its ad will escape the “adult content” label. However, some in the industry say that Facebook, which brought in $39.9 billion in ad revenue in 2017, seems less likely to ban the ads of larger companies.

ThirdLove co-founder and co-CEO Heidi Zak said that as her business grew in scale—and started spending more money on Facebook and Instagram ads— she encountered fewer obstacles in getting advertisements approved.

A Facebook representative tells Fortune, “All ads are reviewed in the same way whether it’s a larger advertiser or a smaller advertiser.”

Zak says that Facebook should reconsider the way it approaches ads for products like bras. “A lot of it is data driven; no human being is sitting sorting through the ads right now,” she said. “But with this sort of subject matter, there needs to be a more personal interaction with the content.”

Harper Wilde’s Kerner agrees that Facebook needs to be more thoughtful about what these ads actually represent. “It’s just really frustrating to see Facebook, which has pushed the boundaries on so many things, be so backwards when it comes to supporting women or allowing women access to products that they need everyday,” she said.

And it’s not just women’s basics that run into problems. Jeff White, chief financial officer and co-owner of Andrew Christian, a company that markets underwear to LGBTQ+ men, said via email that he sees the same inconsistencies in the ads his company submits to Facebook and Instagram. “Even using very specific targeting and very conservative images and language we probably only get 50% of our ads approved,” he says. Of those approved, around half are discontinued in the middle of the ad campaign, added White. The company has also had one of their ad accounts terminated entirely.

Andrew Christian and Harper Wilde aren’t the first companies to have their ads rejected by the social media giant and they likely won’t be the last. The issue, they say, boils down to inconsistency.

Editor’s note: This story has been corrected to reflect the fact that Facebook banned some, but not all, of Harper Wilde’s ads.