NASA Launches Spacecraft for Closest-Ever Journey to the Sun 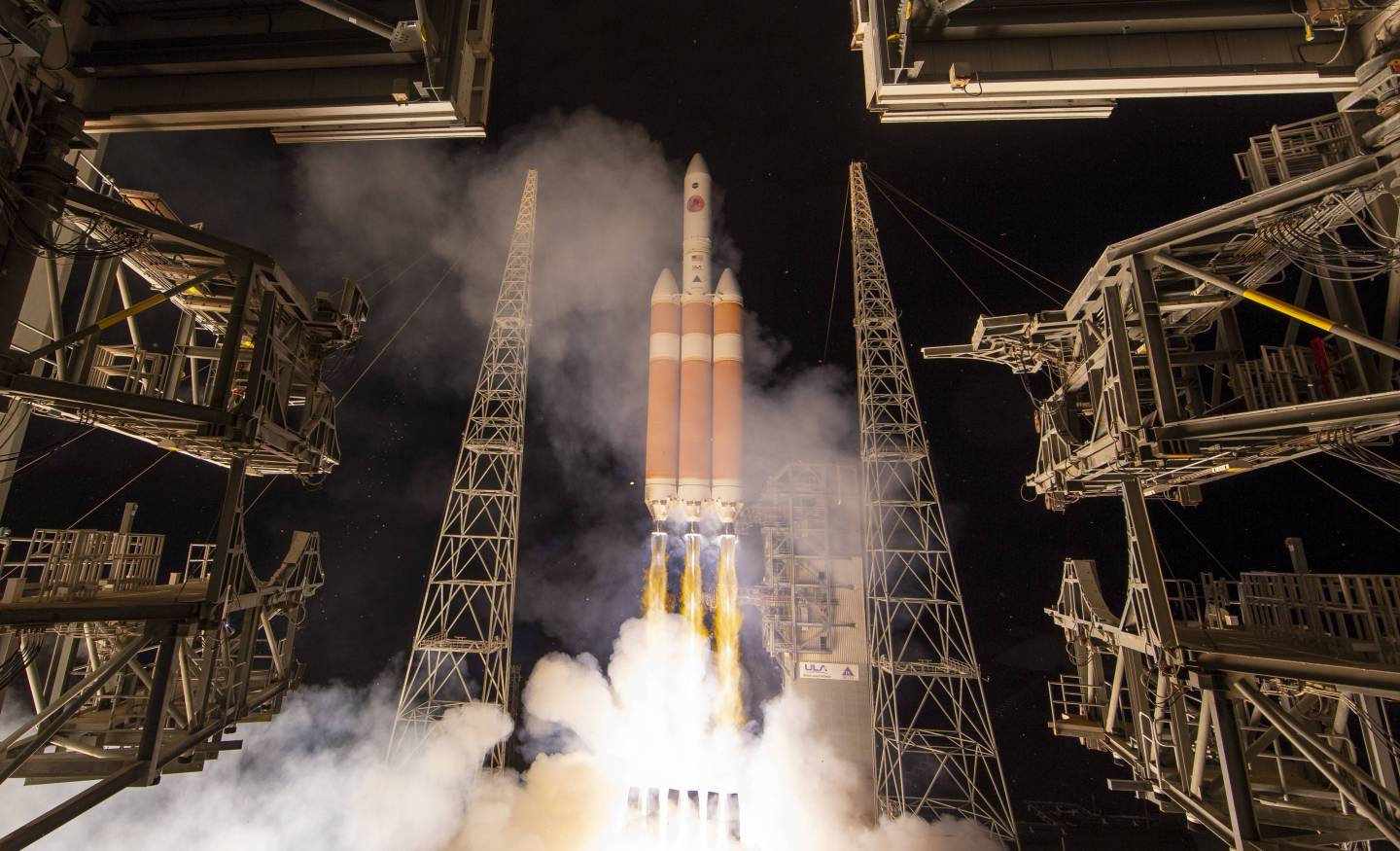 NASA successfully launched a spacecraft toward the sun on Sunday, hoping to increase scientific understanding of how our star works.

The Parker Solar Probe’s departure promises to set a plethora of records, including speediest spacecraft, highest velocity while leaving Earth and closest solar approach. It will also mark the first robotic visit to a uniquely hostile environment: the unstable atmosphere of a giant ball of perpetual nuclear fusion.

The probe lifted off at 3:31 a.m. Eastern time from Cape Canaveral, Florida, aboard a United Launch Alliance Delta IV rocket sporting a rare third stage, giving it extra oomph to boost the payload into an interplanetary trajectory. The launch speed of 43,000 miles per hour (69,000 kilometers per hour) was expected to be the fastest of any previous launch because of the pace required to set a course directly to the sun.

The probe failed to launch in its original Saturday slot after missing a 45-minute window, NASA said.

“We always say that luck has absolutely nothing to do with this business, but I will take all that I can get,” ULA Chief Executive Officer Tory Bruno said in an interview Friday. The alliance is a joint venture of Boeing Co. and Lockheed Martin Corp.

With a gravity boost from the sun, the Parker will attain a top speed of 430,000 mph — about 120 miles a second — at its closest approach of only 3.8 million miles, becoming the fastest human-made object to hurtle through the solar system.

The probe will investigate two key questions about solar physics: How does the solar wind start and attain speeds of as much as 1.8 million mph? And why is the sun’s surface, at 10,000 degrees Fahrenheit (5,500 Celsius), just a tiny fraction of the million-plus degree corona?

“We’ll be going where no spacecraft has dared go before — within the corona of a star,” said project scientist Nicky Fox of the Johns Hopkins Applied Physics Lab in Laurel, Maryland, which designed the probe and manages the mission.

The Parker will make 24 orbits of the sun over almost seven years, using Venus to help slow down and reduce its orbital distance to the sun. Parker’s first approach, at 15 million miles, is expected on Nov. 1. So far, the Helios 2 spacecraft has made the closest approach, which flew within 27 million miles in 1976.

The probe will fly close enough to observe solar winds, assess their speed and study the formation of high-energy solar particles, which are associated with flares that can wreak havoc on Earth.

Four suites of instruments will measure the sun’s magnetic field, solar-wind speed and the density and temperature of wind particles. The devices are protected from 2,550-degree heat by a 4.5-inch (11.4-centimeter) carbon-composite shield that will keep the equipment at a cozy 85 degrees during the journey.

The $1.5 billion probe is named after Eugene Parker, 91, a University of Chicago physicist who theorized in 1958 that the sun creates a solar wind — a notion that his peers found ridiculous until 1962, when the National Aeronautic and Space Administration’s Mariner 2 mission to Venus confirmed the theory.