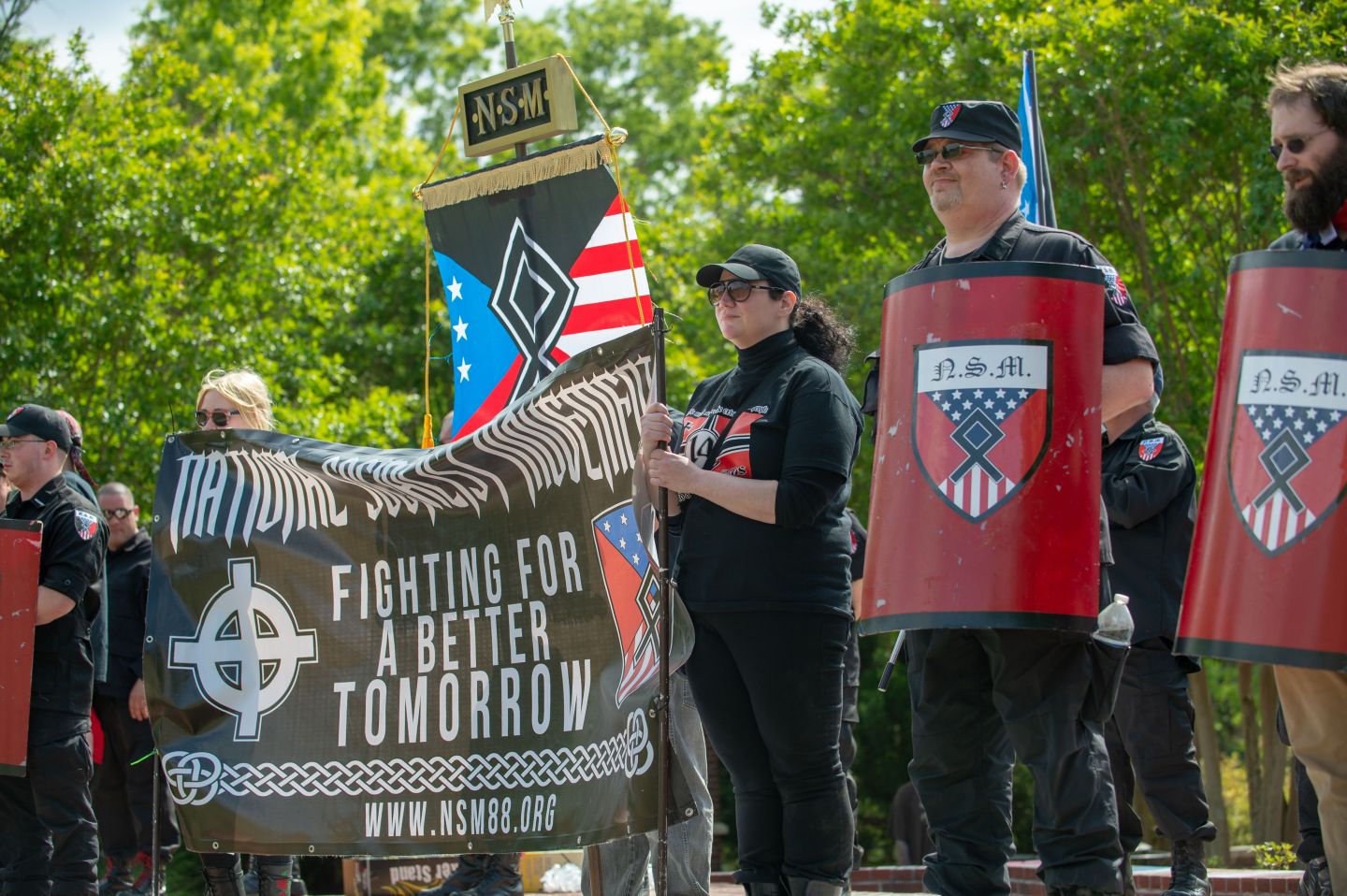 Members of the National Socialist Movement (NSM) and other white nationalists rally at Greenville Street Park in Newnan, Georgia on April 21, 2018. - Only about 25 NSM and white nationalists turned up for the rally in the park, while counter-protesters showed up in the hundreds. (Photo by BITA HONARVAR / AFP) (Photo credit should read BITA HONARVAR/AFP/Getty Images)
Bita Honarvar—AFP/Getty Images

A year after the infamous “Unite the Right” rally in Charlottesville, Virginia, University of Alabama political science professor George Hawley has zeroed in on the demographics of white nationalist identification in an analysis published on Aug. 9. He dug into survey responses from more than 3,000 non-Hispanic whites taken during the 2016 American National Election Survey.

About 6 percent of respondents expressed strong feelings of white identity, white solidarity, and perceived discrimination against their race, he found — and economics played a heavy role. People without a college degree, the unemployed, and those with lower incomes were all much more likely to answer positively along all three dimensions.

“It turns out that economic variables are some of the stronger determinants of white attitudes on racial questions,” Hawley, author of the books “Right-Wing Critics of American Conservatism” and “Making Sense of the Alt-Right,” said in the study.

The so-called alt-right, or alternative right, movement has proved hard to study, because its members are often anonymous and much of its activity takes place on online discussion boards. Hawley noted that the label itself seems to have taken a hit post-Charlottesville, but “the constituency for explicit white identity politics remains, which is why it is helpful to understand the economic and demographic factors that are correlated with that ideology.”

His research focuses on people who said race was very important to their identity, who thought it was important that “whites work together to change laws that are unfair to whites,” and who said whites face at least moderate discrimination in the U.S.

Neither religion nor marriage and family were closely associated with such responses, but divorcees were more likely to support them. Divorce might make people feel alienated, driving them to extreme views, or the causation could run the other way — that having such attitudes makes people more likely to get divorced, Hawley said.

“Although the ranks of radical right movements tend to be overwhelmingly male, men are not more likely than women to possess these kinds of feelings about race,” he wrote. And while there’s a clear income and economic divide, there’s no obvious age gap.

“This suggests that the problem of white identity politics is not something that will be resolved by generational replacement,” Hawley wrote. “However, this also challenges the alt-right’s claim that the youngest whites are becoming increasingly receptive to their ideas.”

The survey might miss some racist views, because respondents might be reluctant to express racism, knowing that it’s socially frowned upon. Hawley also pointed out that a strong white identity doesn’t necessarily equate to right-wing radical group involvement: the demographics of the movement itself might differ from the demographics of those who share its core beliefs.