Under the Influence: Enter the Exhausting World of the New Entrepreneurship Coaches 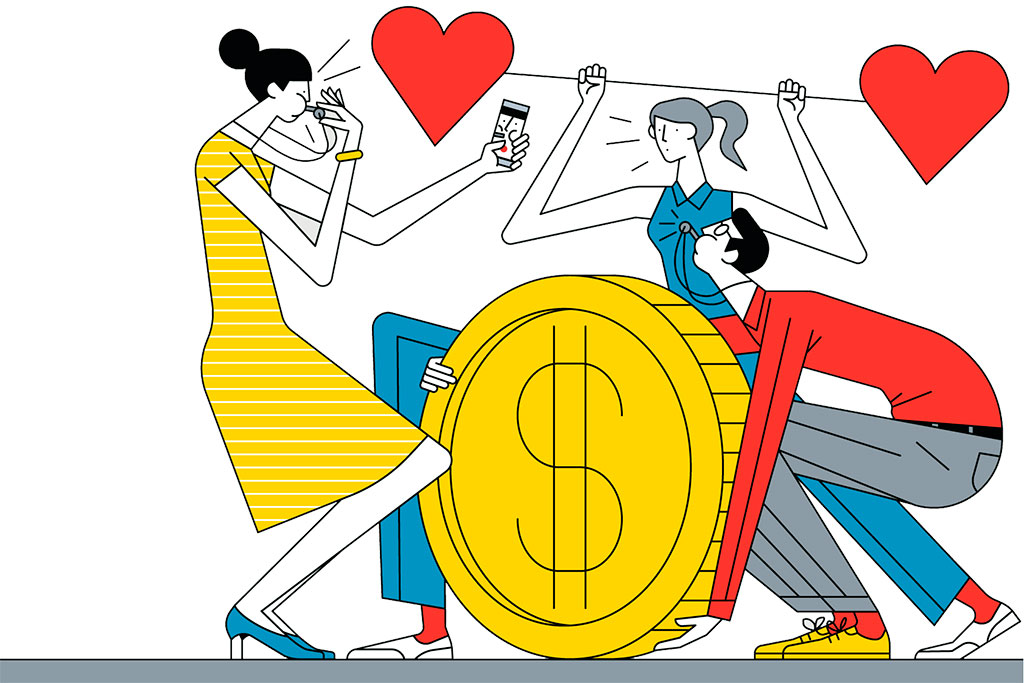 FOR ENTREPRENEUR and success coach Chris Winfield, who holds regular conferences on the art of self-promotion, life and content blend together. His commute is the backdrop for a series of videos—live-streamed on Facebook—in which he spouts stream-of-consciousness musings about success and failure in business. A journal entry doubles as a motivational Instagram post. A visit to the candy store with his daughter is the impetus for a lesson on the importance of persistence, a conversation he broadcasts to his followers. Many of the takeaways are so broad, they feel ripped from an inspirational poster.

Winfield is far from the only person to turn his life into a LinkedIn-themed, one-man reality show. The strategy, popularized by guru-like business figures such as Gary Vaynerchuk, has become widespread among a certain entrepreneurial set, particularly those who market themselves as coaches and consultants. The underlying message is simple: Success and exposure are two sides of the same shiny coin. Exposure begets success, success begets more exposure, and the cycle repeats in a flurry of hashtags, memes, and video clips.

If that sounds exhausting to you, you’re not alone. Consider Rebecca Horan—a soft-spoken brand strategist with experience at Penguin, Unilever, and NYU Stern School of Business—who decided to strike out on her own after having her second child. She recently paid $2,500 to attend one of Winfield’s day-and-a-half conferences, which was marketed to attendees as a way to “skyrocket your exposure.”

Horan says she’s glad she went; she met some interesting, energetic people, and has since signed up for two more of Winfield’s events. But she has also learned that Winfield’s brand of self-promotion can be overwhelming. Her Facebook feed is now overrun with marketing material from people she connected with after the event. “Every time I open it up, there’s a video playing,” she says. “It kind of wears me out.” Recently, she took a break from social media, which allowed her to focus her attention on existing clients and reconnect with her real life friends. She felt better overall. And yet it ran counter to everything she knew she was supposed to do: generate more content, so she could engage her followers, so she could grow her audience. In other words, be more like Winfield.

Perhaps these are the wrong metrics. After all, there’s no proof that being good at self-promotion makes you a good coach. For consultants, having a broad and well-optimized online presence is undoubtedly important, says Tom Ajello, chief creative officer of the brand-strategy firm Vivaldi.

But it’s possible the benefits of nonstop social media activity have been overstated. “People are encouraged to put their blind faith in [the importance of] maintaining a consistent personal brand, but this draws away time and energy from other activities,” says Brooke Erin Duffy, an assistant professor at Cornell University and the author of (Not) Getting Paid to Do What You Love: Gender, Social Media, and Aspirational Work.

Word of mouth is often just as effective in getting new clients as posting daily updates and livestreams, messages that can easily get lost in what Duffy calls an “unabashed celebration of social media and personal branding.” Most of Horan’s clients are from referrals, a strategy she mistrusted at first because it felt less proactive and more serendipitous than blasting her feed with superlatives about her qualifications.

But for most coaches and consultants, “building a business is much less about promotion [than] it is about offering tangible products and services that can help people be better at what they do,” says Sree Sreenivasan, a social media strategist and the founder of the digital consultancy Digimentors. “More is not necessarily better.”

It helps to stop and consider what you’re trying to accomplish. If the aim is to provide a set number of clients with a tangible service that aligns with your expertise, experience, and skill set, Sreenivasan recommends starting small and scaling up organically. A targeted social strategy can help in this regard, but it’s not always necessary, particularly for individuals who already have a strong off-line network.

Winfield’s endgame is different. After the search engine–optimization firm he cofounded went bankrupt in 2013, he pivoted, repositioning himself as a personal development, productivity, and publicity coach, eventually amassing tens of thousands of followers on a handful of platforms. In place of previous clients or hard credentials, he relied on his own experiences, posting daily videos and musings on failure, gratitude, and “trusting the process.” (“Faith isn’t about going from point A to point B … It’s about leaving point A.”) “I look at myself as a living experiment,” he says, and he feels an obligation to share his struggles and triumphs with his followers.

In other words, he’s selling more of a guiding philosophy and way of being than any specific product or service. When I ask him what he actually does every day, he tells me that “a lot of my time and my days are spent simply helping people and having conversations.”

A coach who coaches legions of other coaches to market themselves in his own guru-like image, Winfield has turned self promotion into a commodity that he sells in the form of conferences and seminars. It’s a very modern, if somewhat circular, business model.

But not, Sreenivasan cautions, one that works for everyone. For those who aren’t interested in online quasi-fame and instead want to build a reputable coaching or consulting practice, a better strategy might be spending less time posting daily updates and more time aiding existing clients, off-line networking, and developing a targeted (and manageable) social strategy. For the vast majority of entrepreneurs, coaches, and consultants, “success is not driven by blasting out your personal life,” he says.

A version of this article appears in the August 1, 2018 issue of Fortune with the headline “Under The Influence.”