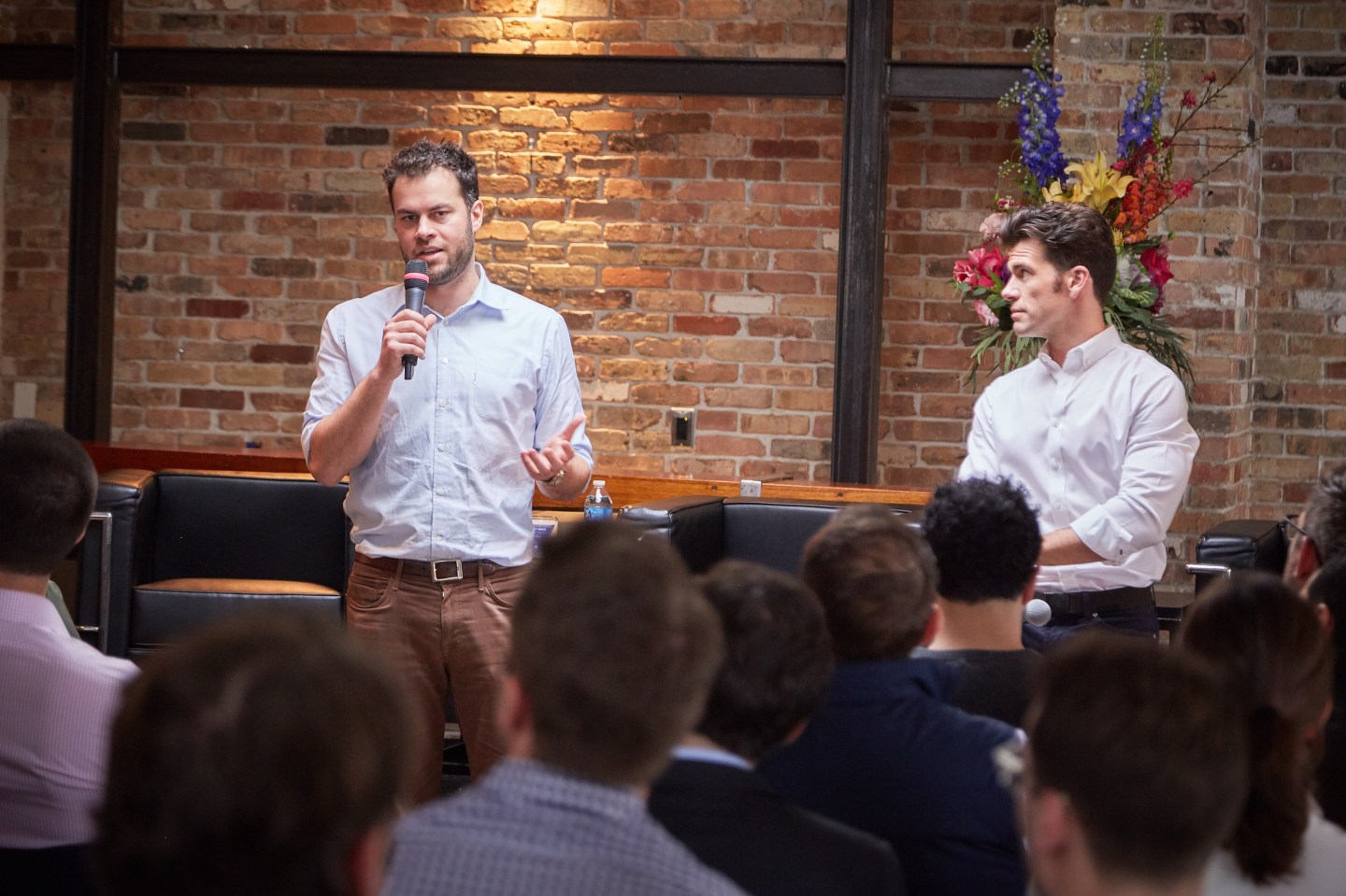 Fifth Wall Ventures has a pretty narrow investment thesis. It invests exclusively in startups focused on real estate technology across sectors such as hospitality, retail, and construction. It also invests in companies that it believes can benefit from its real estate knowledge and vast network.

The firm, which launched last year, raised $212 million for its debut fund from a star-studded roster of investors, including CBRE, Prologis, Hines, Lennar, Host Hotels & Resorts, Equity Residential and Macerich Properties. Just last month, it held a first close on its second real estate tech fund, which has a target of $400 million.

Real estate technology has produced many of the largest private companies of the last decade (ie: Airbnb & WeWork), so Fifth Wall is eager to take advantage of that opportunity. It created an LP base of the largest owners of real estate who could act as “kingmakers” (and potential acquirers) for the early-stage companies the firm invests in.

Fifth Wall’s portfolio includes companies such as Industrious, Opendoor, Harbor, Lime, and ClassPass. Term Sheet caught up with co-founder and managing partner Brad Greiwe to discuss its position in the VC ecosystem, its recent investments, and the state of the real estate market.

TERM SHEET: You led Industrious’ $80 million Series C round earlier this year. I wrote in Term Sheet that it’s hard to ignore that the co-working space startup will go head to head with rival WeWork, which is backed by SoftBank’s mammoth Vision Fund. How do you think about SoftBank when you’re making investment decisions?

GREIWE: Softbank’s entry into the VC market has changed the dynamics of how I think about funding. For a real estate-focused fund like ours, we’re actually encouraged by it because our space offers pretty large opportunities where investors can deploy a whole array of different types of capital focused on different types of returns. I think SoftBank’s funding of WeWork is telling because they’re very keen on betting on the evolution of flexible office space.

Flexible space, overall, is about 2% of the U.S. commercial office space. JLL and CBRE anticipate that this could grow to anywhere between 10 to 30% by 2030. So WeWork is in no way prepared to — or capable of — capturing all of that growth. There will be many, many companies that will take advantage of that opportunity.

So we think Industries and their focus on a more enterprise-level clientele is well-positioned to carve out a unique niche there and continue to grow accordingly.

You really don’t see WeWork and SoftBank’s mega-fund as a threat?

Opendoor just raised $325 million at a valuation of more than $2 billion. You invested in the company’s Series D round. What is the opportunity you saw there?

GREIWE: What Opendoor did was completely change the way consumers would think about transacting with homes. Opendoor can do it on a national scale, and that unlocks infinite amounts of opportunity. When you think about the inefficiencies associated with buying and selling homes right now, it’s ranked as one of the most stressful things you can do in your life. A transaction platform that’s built to accommodate that process and make it more appealing to a broader set of the population will convince more and more people that they have options. We really think they’ve only begun to scratch the surface of the growth model. Keep in mind that we helped bring Lennar into the fold (TS note: Opendoor raised $100 million in debt financing from national homebuilder Lennar.)

Think about the innovation that Opendoor provides to an incumbent like Lennar, which is the largest homebuilder in the U.S. Imagine a situation where you buy a Lennar home, and at any point, you can sell your home to Opendoor and move in to a new Lennar home if you want an upgrade. OpenDoor makes that process seamless. You’ll see it become much more mainstream in the coming months and years.

A big risk is that if the housing market cools or crashes, Opendoor might be stuck holding more homes on its balance sheet, potentially eating into its equity if they decline in value. How does the company navigate that risk?

GREIWE: Their valuation model is very keen on understanding and recognizing that value shift occurring and can essentially price their homes in a way that will either allow them to buy at a better price or decelerate their purchasing.

Keep in mind that what people don’t really understand is that the housing market didn’t fall off a cliff. It slowly went down over time. I mean, it dropped to very concerning lows, but that happened over a period of months. Even if you don’t have a sophisticated valuation model, anybody would be able to see that coming and adjust the strategy accordingly.

What is the state of the real estate market in the U.S. at the moment?

GREIWE: It really depends on the industry. Industrial has seen some incredible tailwinds and will continue to see more as e-commerce and logistics continue to be a driver force of the global GDP. Office space companies will continue to look for ways to provide more flexible space, and I think you’ll see capital markets adjust accordingly. The housing market is wildly undersupplied, and I think a lot of the innovation is occurring in modular housing and things to make construction cheaper and faster. Apartments seem to be overheated to a certain extent. Rentals continue to remain pretty strong.

From a macro perspective, we’re definitely near top of the value market, and I think you’ll start to see some corrections occur in the short or near-term, but I don’t see anything systemic like we saw in 2007.

Term Sheet recently interviewed the CEO of Harbor, a tokenized securities startup in which you’re an investor. He told me that commercial real estate is an attractive asset to tokenize. How do you see this playing out in the real estate market?

GREIWE: Tokenization is probably the most interesting thing we think about on a daily basis because companies like Harbor are going to create opportunities like we’ve never seen before. The most important takeaway that we should all be focused on is the democratization of access to the largest wealth creator that the world has ever seen.

Right now, anyone’s ability to invest in real estate is very limited. It’s either, you buy a share in a REIT and you have exposure to a very limited number of gateway cities or you purchase an asset on your own, which is out of reach for most people. Imagine a world in which tokenization becomes ubiquitous, fractionalized ownership in real estate becomes widely available, and you’re able to invest in your own community. [Read more about tokenized securities here.]

What types of properties do you think will get tokenized first?

GREIWE: Institutional owners are going to be the first to participate because they have the flexibility and the knowledge to be more creative and thoughtful about how to leverage tokenization. I don’t think you’ll see it happen in the single-family home space or smaller retail players. Honestly, if we’re going to make this thing real, the large institutions will have to be the ones to bring it about because they’re the ones that can work on the regulatory change and everything that’s required to weather any storms that come from it if they find the technology useful.

What is the timeline you envision for this to really take place?

GREIWE: I think you’ll see the first institutionally-backed ICO either before the end of the year or in the beginning of 2019.

You’re close to a lot of the large commercial real estate players given your LP base. Do you find that your LPs are open to this kind of thing?

GREIWE: I think all of them are open to learning more and potentially taking advantage of it. That’s why we made the Harbor investment — to essentially get all the big players on the field to really understand what we’re doing.