These Are the Best Translation Apps for Travelers 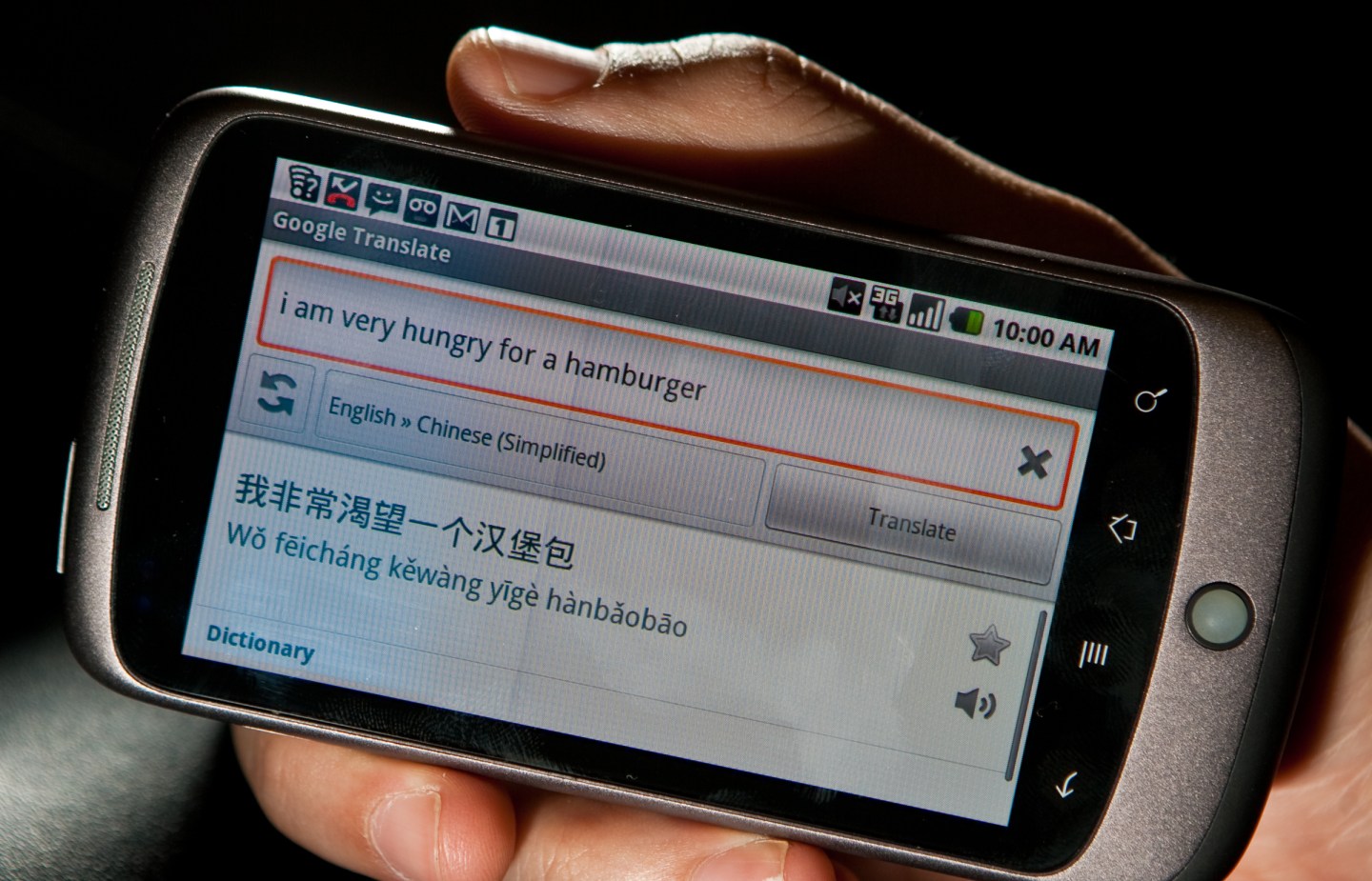 To a certain extent, native English speakers have it easy. The language is spoken by one in five people globally, making it easily understood anywhere from Athens to Zagreb. And for those of us who learned English as toddlers, the languages we picked up in high school or fine-tuned during study abroad make the world feel even more interconnected.

But sometimes that leg up still leaves us at a literal loss for words. When you’re trying to communicate with a taxi driver in Tokyo or pick the right cold medicine in France (how do you say non-drowsy, again?), there’s only so much that rudimentary language skills, or a helpful concierge, can do to help.

Enter Google Translate. Since 2006, the free app has been breaking the language barrier for travelers far and wide—and its algorithmic, machine-learning methods have only gotten better (and fluent in more languages) over time. Its technology is now available to developers all around the globe via a public API, which means more savvy translation tools than ever before. Some are specialized for particular languages or regions, some can listen to your voice in addition to reading text, and some can even auto-detect languages or use image recognition to supply the words you’re looking for.

None of them are perfect—not yet—and sometimes they can’t tell the difference between an asp and an elbow. But after eight months of on-the-road testing in France, Spain, Germany, and Japan, these are the five that stood the test of time. All have free versions and are available for both Android devices and iPhones alike.

Why we like it: With more than 100 languages that can be automatically detected and translated in either direction by text, voice, and character recognition (in varying combinations), this app covers more of the globe than any other—even if competitors use its technology as the basis for unique specialized features and regional expertise.

Earlier this summer, Google’s parent company, Alphabet Inc., announced that its neural machine translation engine—which creates more natural-sounding translations by parsing entire sentences, rather than individual words—now functions offline for 58 languages. And Google Lens, which triggers Google Translate from your phone’s camera, lets you hover over a sign or menu and instantly see its written translation. The feature is now built into most Android phone cameras; just look for the Lens icon. It’s also accessible through the “camera” option inside Google Translate or via a separate companion app.

Caveat: Give it big chunks of text or anything vaguely technical, and Google struggles—sometimes comically. Use Lens to translate the label on a carton of whole, non-homogenized milk in a Kyoto supermarket, for instance, and it might tell you it’s “Breaking fat globules homogenizing without doing homogenizing milk close to milked fish made as handmade as possible.”

Why we like it: More than just a translator, TripLingo is a full service travel app aimed at minimizing miscommunication and missteps while traveling abroad. It offers instant voice- and text-based translations in 42 languages, plus guidelines on local customs, etiquette, and tipping around the world. (There are even cheat sheets on medical and safety phrases, just in case.)

Perhaps its smartest feature is receipt translation, which uses your phone’s camera to convert snapshots of sales slips and dinner tallies into the language of your choice; it saves the translated versions as PDFs that you can easily add to expense reports. (In such credit card-averse countries as Japan, where cash receipts are also spelled out in kanji, this is immensely helpful.) Need to do something more complicated, such as change a train reservation or explain a food allergy? Avail yourself of TripLingo’s live translator service, which gets an actual human translator on the line for $3.50 per minute.

Caveat: Most of the basic features are free, but some unique premium features require a $20 per month subscription, including language lessons, custom phrase books, and one live translation every 30 days.

Why we like it: Compared to other tech juggernauts, Microsoft offers a small number of languages—a little more than 60 in total. Still, it stands out for its ability to translate multiple tongues simultaneously, all as part of a single conversation. Whether that’s in a boardroom with executives from a company’s six regional offices or in a restaurant with global patrons and communal tables, the app will quickly translate everyone’s thoughts for each participant on their respective phones.

In Rome, this was a nice way to get menu recommendations from, and swap stories with, other guests at the bar; the app was surprisingly accurate and even offered practical phrasebooks for more intimate situations. Best of all? It’s free.

Caveat: Only 40 of the app’s languages are available offline.

Best for Trips to Asia

Why we like it: In places where Chinese hanzi, Japanese kanji, and Korean hanja characters are used, Waygo is indispensable. Its developers are the pioneers and leaders of visual character translation; the four-year-old app is uniquely capable of interpreting sentences, whether they’re displayed vertically or horizontally, and it can translate any image from your camera roll.

Those qualities might come in handy when deciphering kanji-based descriptions at the recently reopened Teien Museum in Tokyo or when shopping for cold medicine in Seoul. As for translation apps that can be overly literal in the face of idiomatic phrases? Waygo has a unique feature, exclusively for food, that offers up images of your translated word or phrase alongside the text, so you know that “strawberry moving perry”—as translated from Japanese into English—is really just a glass of juice. Bonus: Most of Waygo’s features are offline by default, so there’s no need to worry about roaming overages. All this makes it well worth the price tag, which starts at $7.99.

Why we like it: As with any type of expertise, Waygo’s algorithms are highly specialized for use in Asia. If its developers could expand to other non-Roman alphabet languages such as Arabic, Greek, Hebrew, and Russian, we’d be happy to pay even more for it.

Why we like it: This app offers extreme versatility. It’ll translate anything you type into more than 100 languages. For 24 of those (at last count), it’ll spout out text-to-voice translations in a multitude of male and female voices. Most travelers will feel comfortable with the free app, but an upgrade to Pro is required for offline translation in 33 languages. The $4.99 monthly subscription also provides in-app website translation, which helps you scour local-language blogs for tapped-in recommendations.

Unlike the other apps, iTranslate offers clear advantages for Apple users. For instance, an iPhone-only “object recognition” feature identifies items and suggests their local name. That pretty bird outside your Provençal window? It’s a roitelet, or wren. Even more useful are voice-to-voice translation and Apple Watch integration, which offers hands-free help when you’re busy throwing back tapas in Spain.

Caveat: Many of this app’s most useful features—including on the Pro version—are offered free by Google Translate and Microsoft Translator. But iTranslate uses a wide mix of translation technologies, which makes for unique and sometimes smarter phrase suggestions.