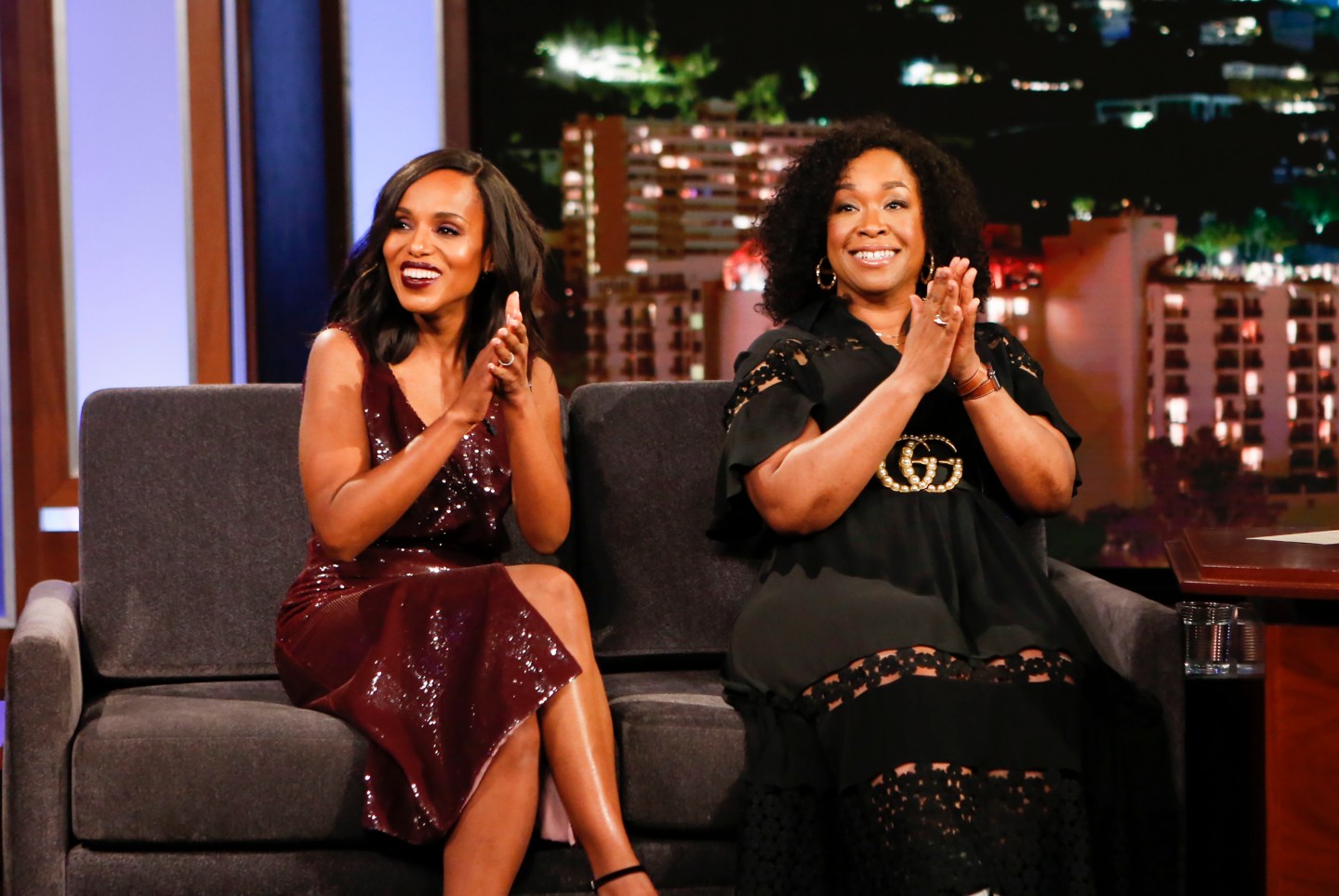 It’s Shonda Rhimes’s world now, and we’re all about to be better for it.

The Shondaland/Netflix empire is finally beginning to take shape, as the producer announced a new portfolio of projects on Friday. Several will make the raceAhead crowd sit up and cheer.

Rhimes, the former queen-maker at ABC — consider that when she left, all of Thursday evening belonged to her — is now one of the richest and most storied writer-producers in the history of television programming. And her almost preternatural ability to create ground-breaking entertainment is about to be free of mainstream shackles – time slots, language, theme, even commercial interruptions.

Her multi-year, nine-figure deal with Netflix appears to have the contours of an internal creative universe much like how Marvel exists inside of Disney, one that will hopefully outlive the influence of Shonda herself, she says.

That said, Rhimes is clearly getting her groove in her new home. Her project line-up includes a television adaptation of British period romance novels, a Downton Abbeyish-sounding series about U.S. presidents and the people who run things behind the scenes, and a series based on the story of Anna Delvey, a fashionable and highly accomplished grifter who infiltrated New York’s high-tone circles only to end up at Riker’s Island.

She’s also here for the work. She’s creating a series based on Reset, the book by Project Include founder Ellen Pao about sexism and discrimination in Silicon Valley, and she’s working with actress and playwright Anna Deavere Smith to adapt The Warmth of Other Suns, the award-winning 2010 nonfiction book by Isabel Wilkerson on the great migration of African-Americans from the Jim Crow South up North.

I have no Shonda-colored glasses to help me understand what value she sees in each of her choices, but I’m enough of a fan to appreciate the depths she’s able to plumb from her characters. It’s the ultimate inclusive power move. She has a unique ability to highlight their brokenness while making room for their salvation; and to let her human creations thrive in a world that has been conditioned to believe that good and bad people are easy to spot, and only entertaining if they’re on simplistic, binary journeys.

She’s never been here for that. She doesn’t just tell a story, she tells the story.

But Rhimes is not just reflecting the world, she’s shaping it. That she’s able to entertain while casually tackling race, power, justice, poverty, abortion, history, abuse, addiction, LGBTQ issues, and intersectional feminism on time and under budget makes her more than a programming wizard. If she’s able to distill her strengths into an operating system that informs Shondaland when she’s not in the room, she’ll become one of the most influential creators of the modern age.

No, Amazon should not privatize public librariesTwitter lost its damn mind over the weekend after a poorly formulated opinion piece written by an economics professor named Panos Mourdoukoutas appeared on Forbes. Though it has since been taken down, his main idea was that libraries were a drag on taxpayers who were getting little return for their investment. As if a silent alarm had been tripped, librarians rose up in articulate rage to dispute his dangerous claims. They brought receipts. The average taxpayer pays just $4.40 per month, half of what a Prime customer pays, to support the public library in their area. That gets them free access to music, books, STEM toys, programming, career help, internet and more, argues EveryLibrary on Medium. But a librarian named Cyree Jarelle Johnson went right to the heart of the matter in this epic thread: “Libraries by Amazon would eliminate the most important function libraries have—as a socialized daytime service to cash-poor and working class people left behind by digital advances,” he began. Johnson is also a newly published poet, y’all getting his book for Christmas next year.Twitter

I also remember what I liked about the [Grey's Anatomy] pilot was that they didn’t have last names. I remember Cristina did not have a last name. So, for me, when you are an actor — especially an actor of color — I think that just keeps things open as a possibility for you to play the part.Sandra Oh