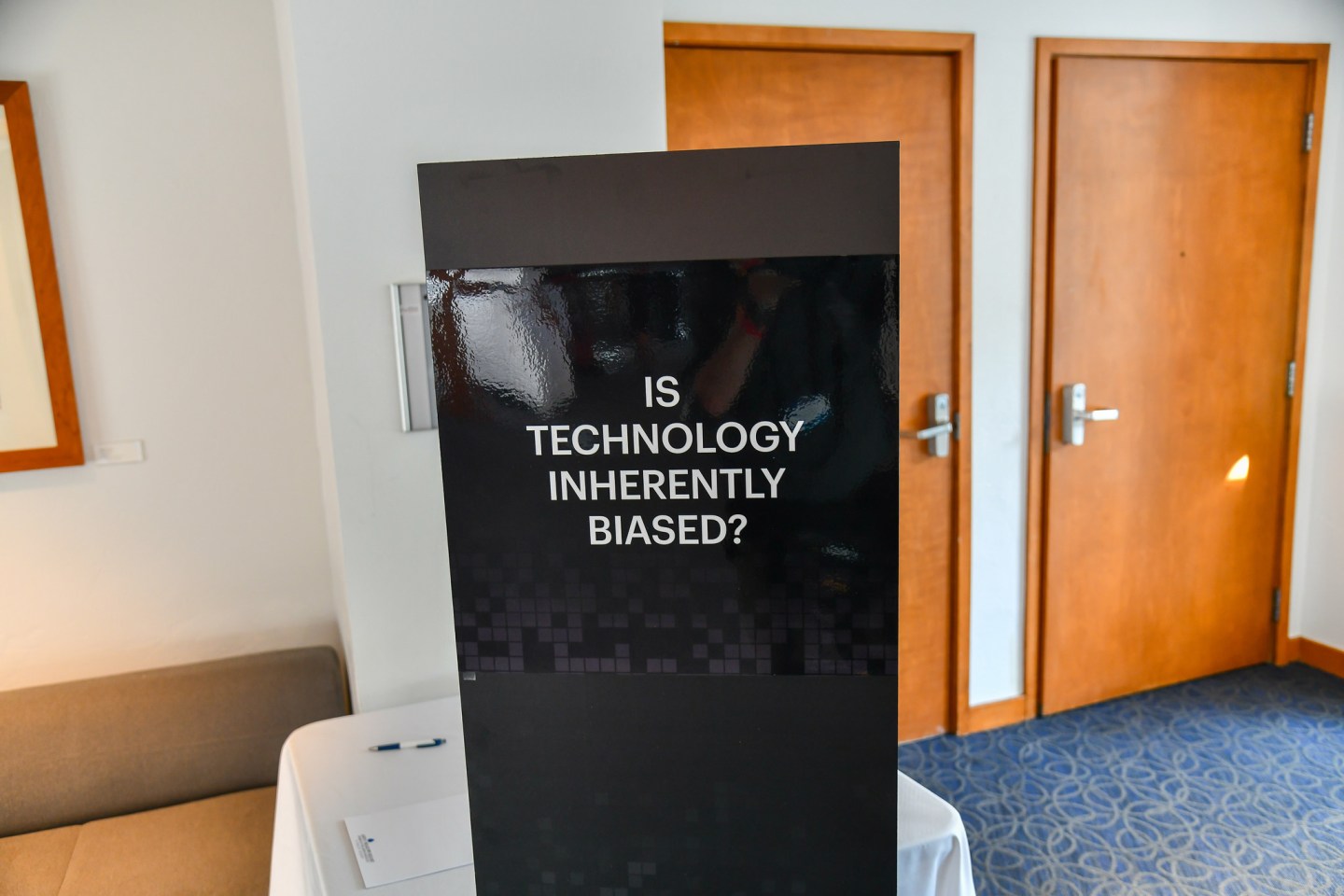 Is technology inherently biased? According to a new poll from SurveyMonkey, the majority of Americans think the answer is an unambiguous yes.

A poll of 2,100 adults conducted exclusively for Fortune‘s 2018 Brainstorm Tech conference found that 63% of respondents believe technology is doing more to justify biased decisions than to remove bias from decision-making. A full 70% of respondents said that tech does more to amplify people’s biases than diminish them (24% took the opposite view). Interestingly, both conclusions held firm across racial, ethnic, age, and even partisan lines.

SurveyMonkey also asked those who said they believe tech is increasing bias to identify who—or perhaps, what—is responsible for creating the problem. Most of those respondents (68%) identified the people who build the technology, as opposed to the tech itself, as the source of the issue.

While the poll didn’t specify exactly what types of bias respondents were referring to, there are plenty of recent examples to point to, from the Microsoft A.I. chatbot users taught to be racist and homophobic to Google Image searches for “CEO” that return mostly photos of old white men.

Jon Cohen, SurveyMonkey’s head of research, presented the findings to a roundtable gathering of Brainstorm Tech attendees on Wednesday. He said the survey appears to be the first of its kind, noting that the words “technology” and “bias” do not appear together in any other major public opinion survey, going back to 1936.

Fellow roundtable speaker and GitHub chief strategy officer Julio Avalos said that companies must give up the fallacy that technology is “neutral.” And rather than getting defensive about the idea, they should look at eliminating bias as a chance to improve—and to reach more users. “We need to reframe it as an opportunity to build a better product,” he said.

So, what can companies do to start to strip the bias out of their products and technologies? One of the biggest action items, according to the roundtable attendees, is to press tirelessly to diversify the people who are building those products. “The output is only as good as the input,” said Bärí Williams, legal and operations adviser at Owl. If the only people creating the technologies are white men, the products will continue to reflect the biases and perspectives of white men—and continue to fail women and people of color.

Karla Monterroso, CEO of Code2040, urged companies to create “bias bounties,” payouts or other rewards for people who find and report bias in the company and its technologies. She also suggested that attendees start segmenting their attrition data, so they can identify whether they are losing women and people of color at higher rate than white males. Finally,Monterroso challenged companies to give up a particular facet of their bias—the preference for grads from elite universities—and bring on a more diverse range of hires. “[They] can code just as well as people from Stanford,” she said. “Let them prove themselves.”