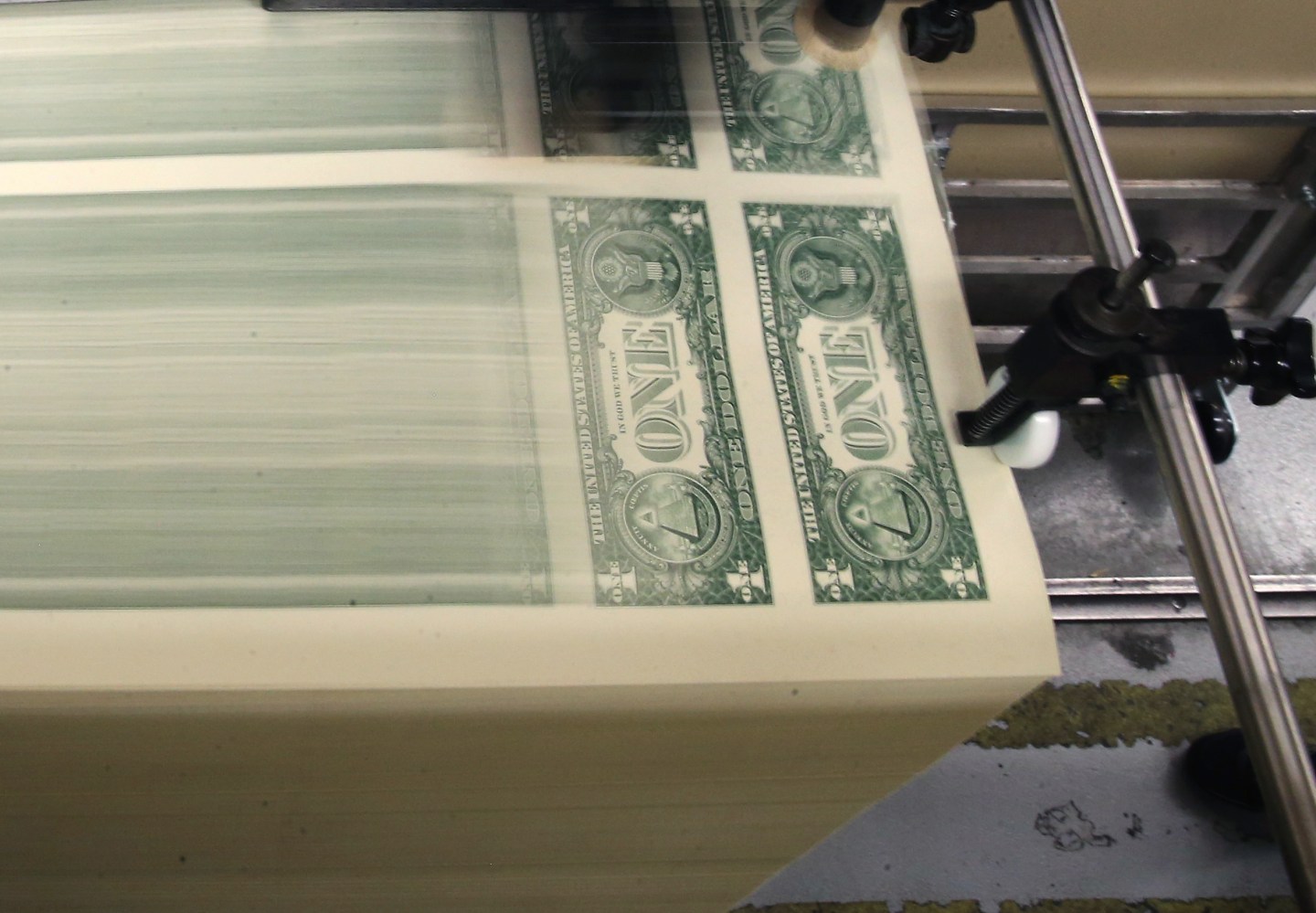 WASHINGTON, DC - MARCH 24: Sheets of one dollar bills run through the printing press at the Bureau of Engraving and Printing on March 24, 2015 in Washington, DC. The roots of The Bureau of Engraving and Printing can be traced back to 1862, when a single room was used in the basement of the main Treasury building before moving to its current location on 14th Street in 1864. The Washington printing facility has been responsible for printing all of the paper Federal Reserve notes up until 1991 when it shared the printing responsibilities with a new western facility that opened in Fort Worth, Texas. (Photo by Mark Wilson/Getty Images)
Mark Wilson—Getty Images

The U.S. Treasury Department announced late Monday that it will no longer require nonprofit organizations to disclose the names and addresses of donors giving $5,000 or more, arguing this change doesn’t affect the information legally available to the public.

The new guidelines affect all tax-exempt Section 501(c) groups except those registered under 501(c)(3), Politico reports.

A Treasury Department official said public information on 501(c) organizations will still be available. This includes information on whether one or two donations are vastly larger than other contributions to a single group, according to the report.

The change in required disclosures has been applauded by conservative groups and congressional republicans, who argued the requirement infringed on First Amendment rights.

“This move by the Treasury Department protects the free speech of private citizens and eliminates the use of an unnecessary form that does nothing to increase transparency,” said Rep. Peter Roskam (R-IL) in a statement.

Critics, however, argue that the IRS will now be lacking significant data on where wealthy individuals are putting their money with tax exemptions. Furthermore, many nonprofits are politically active. Without donor disclosures, “wealthy corporate, individual, foreign and government donors can potentially influence the U.S. political system covertly,” Phil Hackney, a law professor at Louisiana State University told Politico.

The Treasury argued that donor information will still need to be recorded by 501(c) organizations in case of audit, but the IRS does not need to regularly collect this data.

“The IRS does not need personally identifiable information of donors to be reported on Schedule B of Form 990 or Form 990-EZ in order for it to carry out its responsibilities,” the IRS guide states. “The requirement to report such information increases compliance costs for some private parties, consumes IRS resources in connection with the redaction of such information, and poses a risk of inadvertent disclosure of information that is not open to public inspection.”