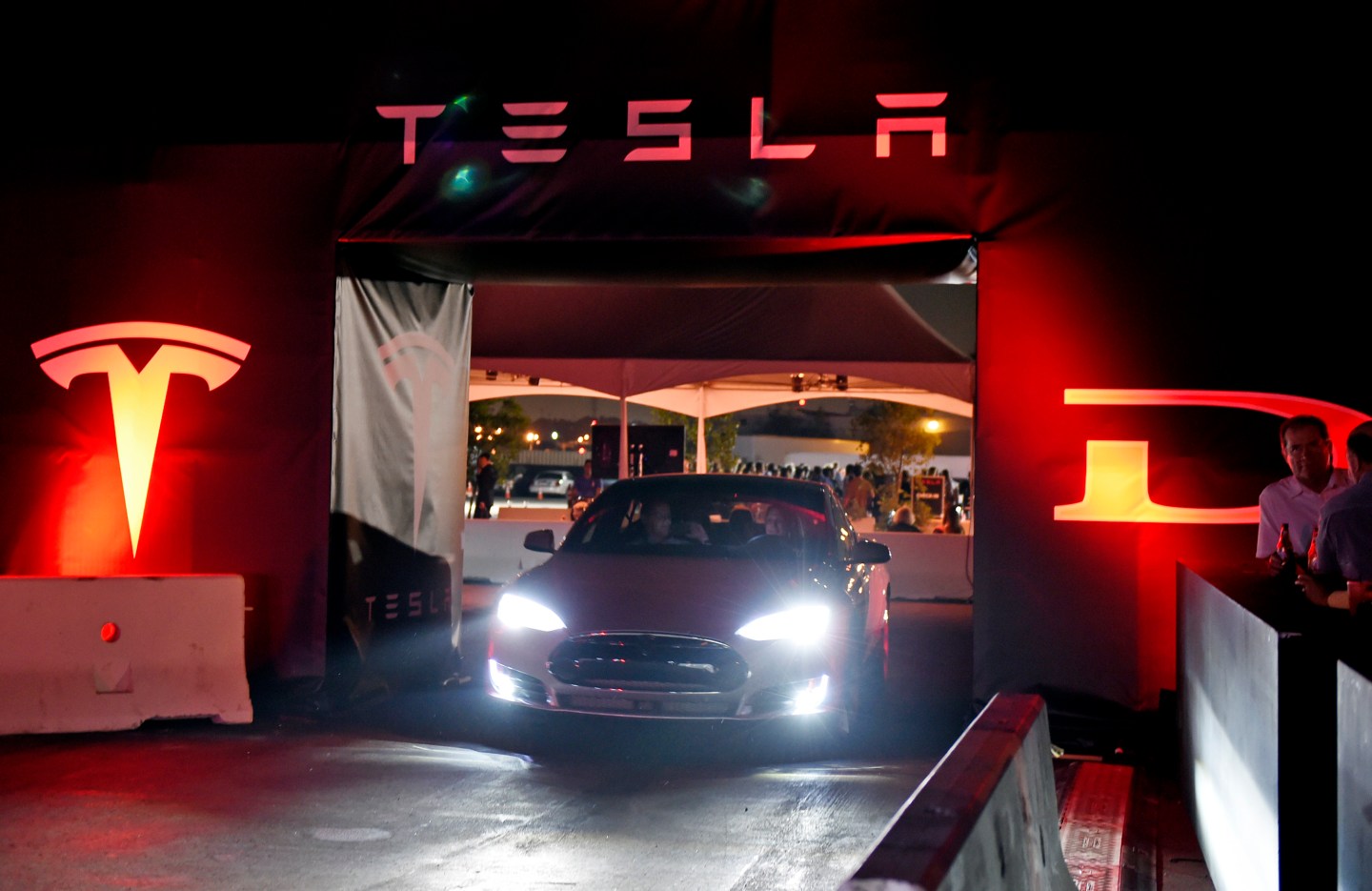 HAWTHORNE CA - OCTOBER 09: Tesla owners take a ride in the new Tesla "D" model electric sedan after Elon Musk, CEO of Tesla, unveiled the dual engine chassis of the new Tesla 'D' model, a faster and all-wheel-drive version of the Model S electric sedan, at the Hawthorne Airport October 09, 2014 in Hawthorne, California. The D will be able to accelerate to 60 miles per hour in just over 3 seconds. (Photo by Kevork Djansezian/Getty Images)
Kevork Djansezian—Getty Images

Martin Tripp, the ex-Tesla employee accused by Elon Musk of sabotage inside the company’s facilities, has struck back by filing a whistleblowing complaint with the Securities and Exchange Commission.

The move is the latest in what has become a legal game of chess between the closely watched company and a process engineering technician who claims he grew disenchanted with the $54 billion automaker.

Last month, Musk sent an email to Tesla employees claiming that a disgruntled worker had broken into the company’s computer systems and “conducted quite extensive and damaging sabotage to our operations.” Tesla then sued Martin Tripp, alleging he stole gigabytes worth of data.

Tripp responded to the charges by saying that he was a whistleblower who had seen “some really scary things” at Tesla, such as falsified production numbers and damaged batteries installed inside vehicles. Tesla denounced those claims, saying they were “easily disprovable” and “grossly exaggerated.”

Tripp complaint filed with the SEC includes accusations that the former Tesla employee has disclosed to the press before: Tesla overstated to investors the number of Model 3 vehicles being produced each week by as much as 44%; batteries with puncture holes were installed into Tesla vehicles; and the company systematically reused scrap and waste parts in vehicles.

The allegations were detailed in a statement from a New York-based law firm, Meissner Associates, which has agreed to represent Tripp. Meissner is known for representing a whistleblower who tipped the SEC off to accounting violations at Monsanto, and received $22 million for his troubles.