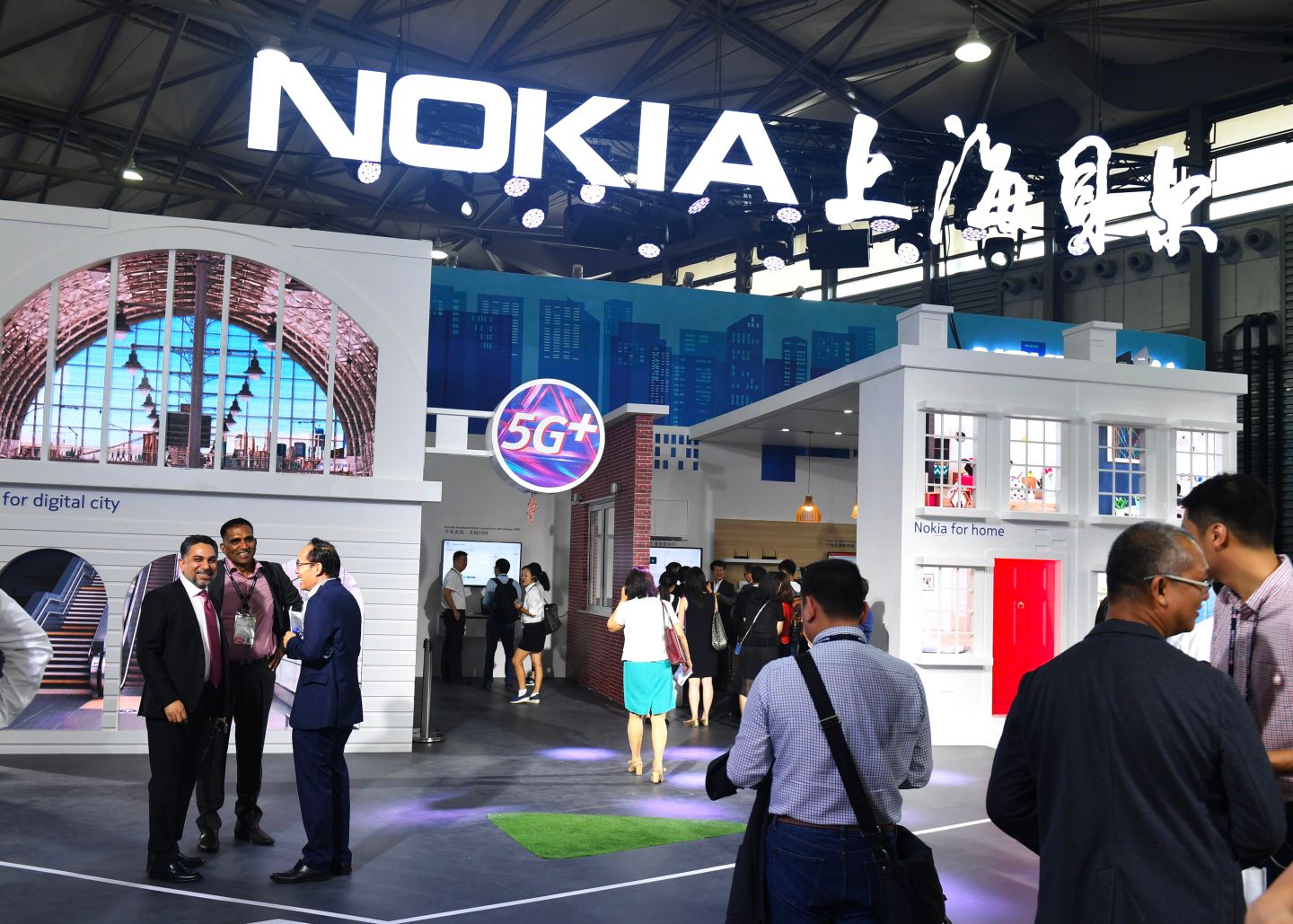 This photo taken on June 27, 2018 shows people gathering at a Nokia booth during the Mobile World Conference in Shanghai. (Photo by - / AFP) / China OUT (Photo credit should read -/AFP/Getty Images)
- AFP/Getty Images

Nokia Oyj signed a deal worth as much as 1 billion euros ($1.17 billion) to provide network equipment and services to China Mobile, as it seeks a bigger foothold in the world’s second-largest economy.

Finland’s Nokia will supply the biggest mobile-phone company by subscribers globally with products and services covering wireless and fixed networks, IP routing and other areas under the one-year deal, the companies said in a statement on Tuesday.

Nokia and other equipment makers have suffered from a slump in telecom industry investment in recent years as operators completed the roll-out of 4G networks. China Mobile expects capital expenditure this year to be 22 percent lower than in 2014.

Tuesday’s agreement could bolster Nokia’s position in China as the country prepares to ramp up spending on the next generation of faster networks. The country aims to be the world leader in such so-called 5G networks, and telecom-equipment makers hope it will broaden their customer base beyond phone users to include more industrial clients.

Nokia, the top non-Chinese maker of telecom gear in the country, derived 11 percent of its sales last year from the greater China region, which is dominated by local players such as Huawei Technologies Co. and ZTE Corp.

The latest announcement, signed at a recent Chinese-German economic forum, has echoes of previous framework agreements between the two companies in 2014 and 2015, as well as a 2016 deal for 1.36 billion euros worth of equipment and services. A spokesman for Nokia said some of the work had already been delivered on the latest contract.

Nokia has also signed a memorandum of understanding with China Mobile for research and testing of artificial intelligence and machine learning and said the companies would collaborate to find customers in new segments.