Think President Trump Is About to Remake the Federal Judiciary? To Some Degree, He Already Has 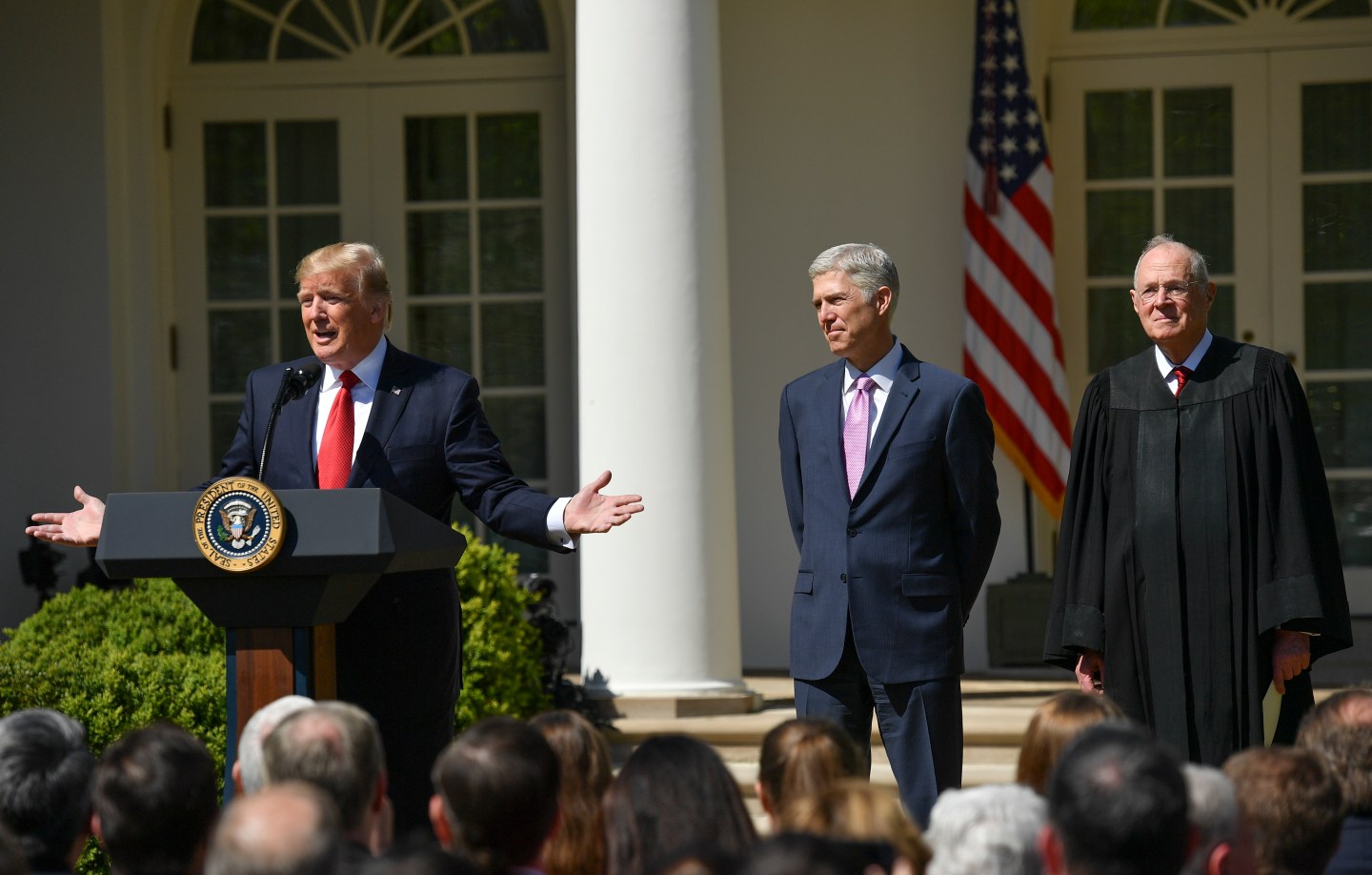 On Monday, President Donald Trump tapped his nominee to fill the Supreme Court vacancy left by Justice Anthony Kennedy, 81, who announced his retirement in late June.

With his pick of Appellate Court Judge Brett Kavanaugh to replace Kennedy, often the swing vote on the nine-person bench, Trump has the opportunity to dramatically alter the ideological make-up of the high court for a generation.

Pro-choice activists are concerned that Kavanaugh—if confirmed by the Republican-controlled Senate—is likely to overturn Roe vs. Wade, the 1973 Supreme Court decision that legalized abortion nationwide. Anti-abortion campaigners are hoping liberals’ fears are, in fact, realized. Trump’s pick, once on the bench, could also be a deciding factor in matters related to affirmative action, religious liberties, and capital punishment.

Monday’s announcement of Kavanaugh’s nomination follows the president’s successful selection of Justice Neil Gorsuch last year. And with two other current justices older than 75—Ruth Bader Ginsburg is 85 and Stephen Breyer is 79—Trump may have an opportunity to appoint a third or even a fourth justice during his time in the White House.

Needless to say, there is plenty of anticipation and drama swirling around Trump’s nominee. The attention is merited, given the high stakes, but it’s worth noting that Trump has already reshaped a large swath of the federal judiciary with much less fanfare.

Through May 31, Trump had seen the Senate confirm 21 of his nominees for appellate court judges, according to analysis by professors Rorie Solberg of Oregon State and Eric Waltenburg of Purdue. By comparison, President Barack Obama had appointed eight appellate judges through the same point in his second year in office. Presidents George W. Bush and Bill Clinton had appointed nine each.

Trump’s relative success on this front is due, in large part, to Republicans’ control of the Senate and the Democrats’ decision in 2013 to eliminate the filibuster on judicial nominees for lower courts. Democrats, in short, have little to no recourse against Trump’s judge picks. And there’s plenty of opportunity for Trump to fill even more seats at the appellate level. As of November, nearly half of the 150 active appeals court judges were eligible for or about to age into semiretirement status, a classification that allows for the appointment of a successor.

Across the entire federal bench, Trump has the chance to fill 216 out of 890 seats, according to Solberg and Waltenburg’s analysis in early June. And since 39% of his nominees will replace judges appointed by Democratic presidents, his picks will undoubtably move the judiciary to the right in ideological terms.

What’s more, Solberg and Waltenburg found that three-quarters of Trump’s confirmed judges through early last month were male; 90% were white. The demographics of his nominees are reversing a trend, on-going since the Clinton administration, that was reliably diversifying the bench.

While Trump is ahead of his predecessors in terms of appellate judges, he’s trailing when it comes to federal judicial appointments overall, meaning those at the district, appellate, and Supreme Court levels combined. Through May 31, he’d appointed 39. At that same point in their tenures, Obama had appointed 24, W. Bush had 57 and Clinton had 60.

In prioritizing judicial nominees to courts of appeal, Trump is seeking to leave his mark on an influential tier of the legal system that plays a big role in shaping U.S. law. The appellate courts typically have the last word on cases filed in the district courts below and precedent set there determines the rules for trial at the lower level. While the Supreme Court is the highest in the land, a minuscule number of cases make it that far. The appellate courts consider about 60,000 cases a year; the Supreme Court hears roughly 80.