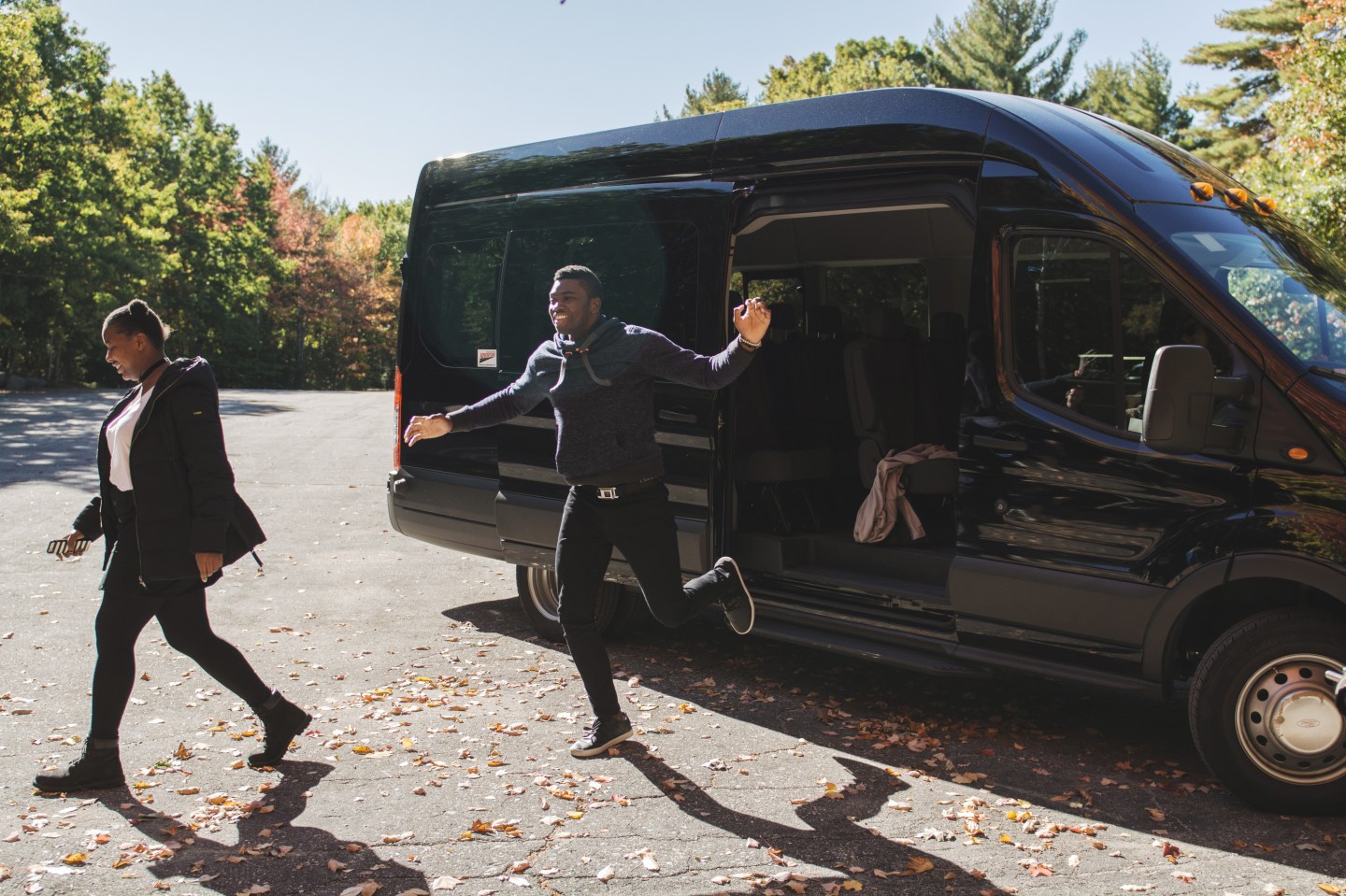 While all eyes are on electric scooters, bus startups are quietly making moves.

Uber has been in discussions to acquire Skedaddle, a crowdsourced bus company, for more than a month, according to an Axios report.

Skedaddle first crossed my radar in January 2017 when the startup was set to transport more than 11,000 people to and from the Women’s March on Washington. At the time, CEO Adam Nestler said, “The alternative for many of the people in these communities is trying to figure out carpools or chartering buses on their own.”

Here’s how it works: To book a ride, a user logs into the Skedaddle app and puts in a route (i.e. New York City to D.C.) as well as a desired pickup location and time. As long as nine other people sign up for the same route ahead of the departure, the ride is booked.

At the time, I described Skeddadle as “the Uber Pool of buses, shuttles, and other large vehicles.” The startup’s goal is to make city-to-city travel easier for users and take advantage of the glut of charter vehicles that sit underused in parking lots most of the time, Nestler said in January.

It’s unclear whether the talks with Uber have gone (or will go) anywhere, but the report is significant given the fact that ride-hailing giants are committed to becoming urban mobility companies rather than just taxi alternatives.

Case in point: Uber recently acquired dockless e-bike service Jump Bikes (formerly known as Social Bicycles) for a reported amount of $200 million. Lyft just bought the core operations of bike-sharing business Motivate, which is the parent company behind CitiBike in New York and FordGo Bike in San Francisco. And the obvious question looms — will Uber and Lyft purchase an electric scooter company next?

It’s time to learn the term “multi-modal transportation” because I guarantee you’ll begin seeing it more and more in the coming months. It means that a ride-hailing company, like Uber, wants to offer various modes of transportation so that you’re always using the Uber platform, regardless if you’re riding a bus, a scooter, a bike, or a subway.

Expect to see the competition heat up as the large ride-hailing companies scoop up startups that offer last-mile solutions (scooters) to more affordable long-distance transportation services (like Skedaddle).