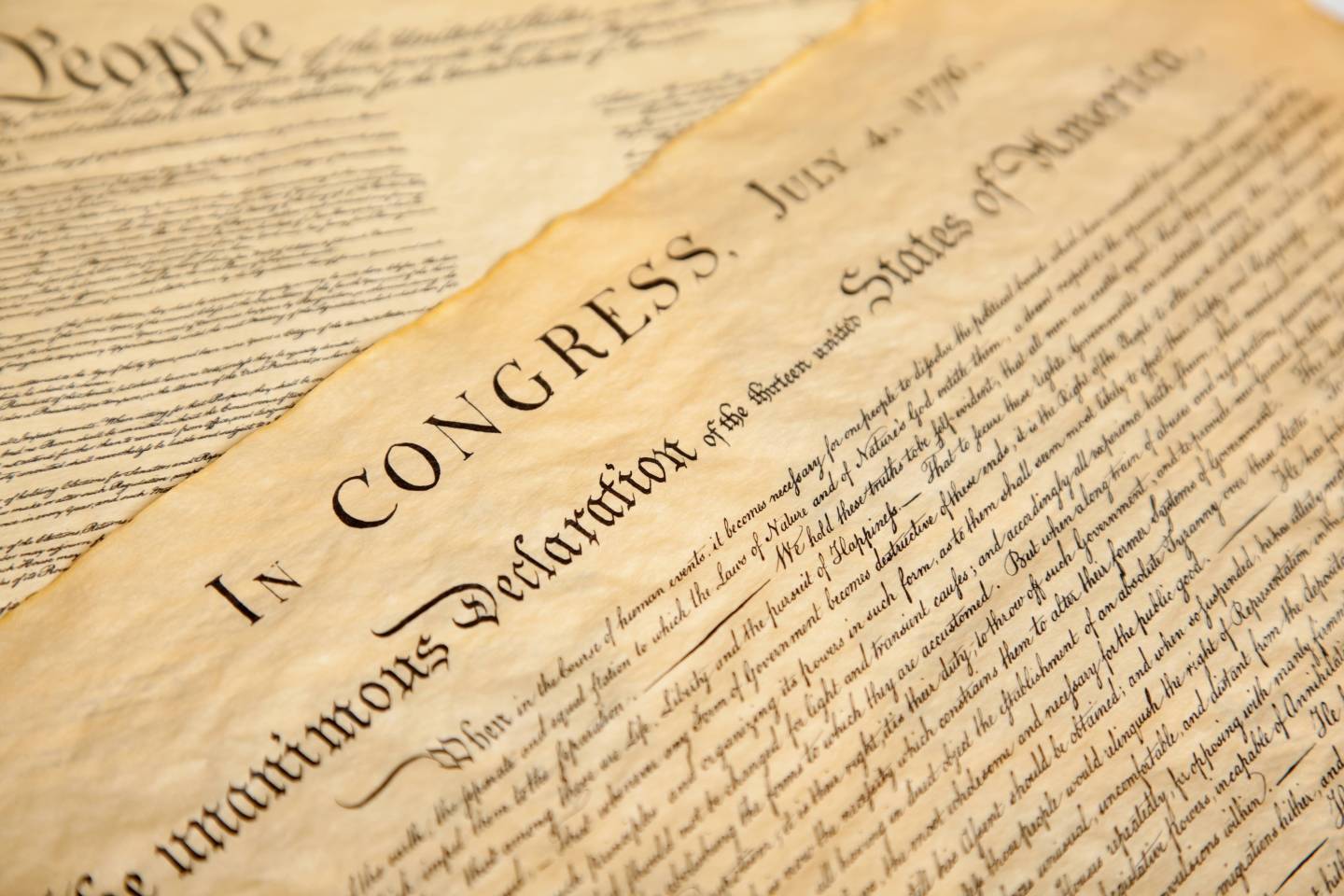 A small-town newspaper in Texas claimed that Facebook’s algorithms censored parts of the Declaration of Independence that the paper had posted in its news feed this week.

In the days leading up to Independence Day, the Liberty County Vindicator had been posting on to its Facebook newsfeed the text of the Declaration of Independence, broken up into 12 pieces. One portion was flagged by Facebook’s hate-speech sniffing programs and blocked from publishing.

Casey Stinnett, the Vindicator’s managing editor, received a notice from Facebook saying that the post “goes against our standards on hate speech.” The blocked post included a list of grievances against the British monarchy.

Stinnett wrote that he suspected the offending phrase lay in a sentence concerning “domestic insurrections amongst us” by “the merciless Indian Savages.”

“To be honest, there is a good deal in that passage that could be thought hateful,” Stinnett wrote on the site. “Perhaps had Thomas Jefferson written it as ‘Native Americans at a challenging stage of cultural development’ that would have been better.”

After the Vindicator appealed Facebook’s move, Stinnett said, the social network reinstated the post and send along an apology: “It looks like we made a mistake and removed something you posted on Facebook that didn’t go against our Community Standards. We want to apologize and let you know that we’ve restored your content and removed any blocks on your account related to this incorrect action.”

Facebook confirmed it apologized to the Vindicator and restored the content once the company realized it had mistaken the quote as hate speech. “The post was removed by mistake and restored as soon as we looked into it,” a spokesperson said. “We process millions of reports each week, and sometimes we get things wrong.”

Facebook has been deploying artificial intelligence to do a better and faster job of identifying and filtering out what it deems to be hateful speech on its platform. The sheer volume of the posts by its 2.2 billion users and the fact that its algorithms remain a work in progress mean that sometimes mistakes like this are going to fall through.

Unfortunately for Facebook, when that happens it often means a round of bad press. In 2016, for example, the company famously blocked a posting of a Pulitzer-prize winning photograph of children fleeing a napalm attack during the Vietnam War.