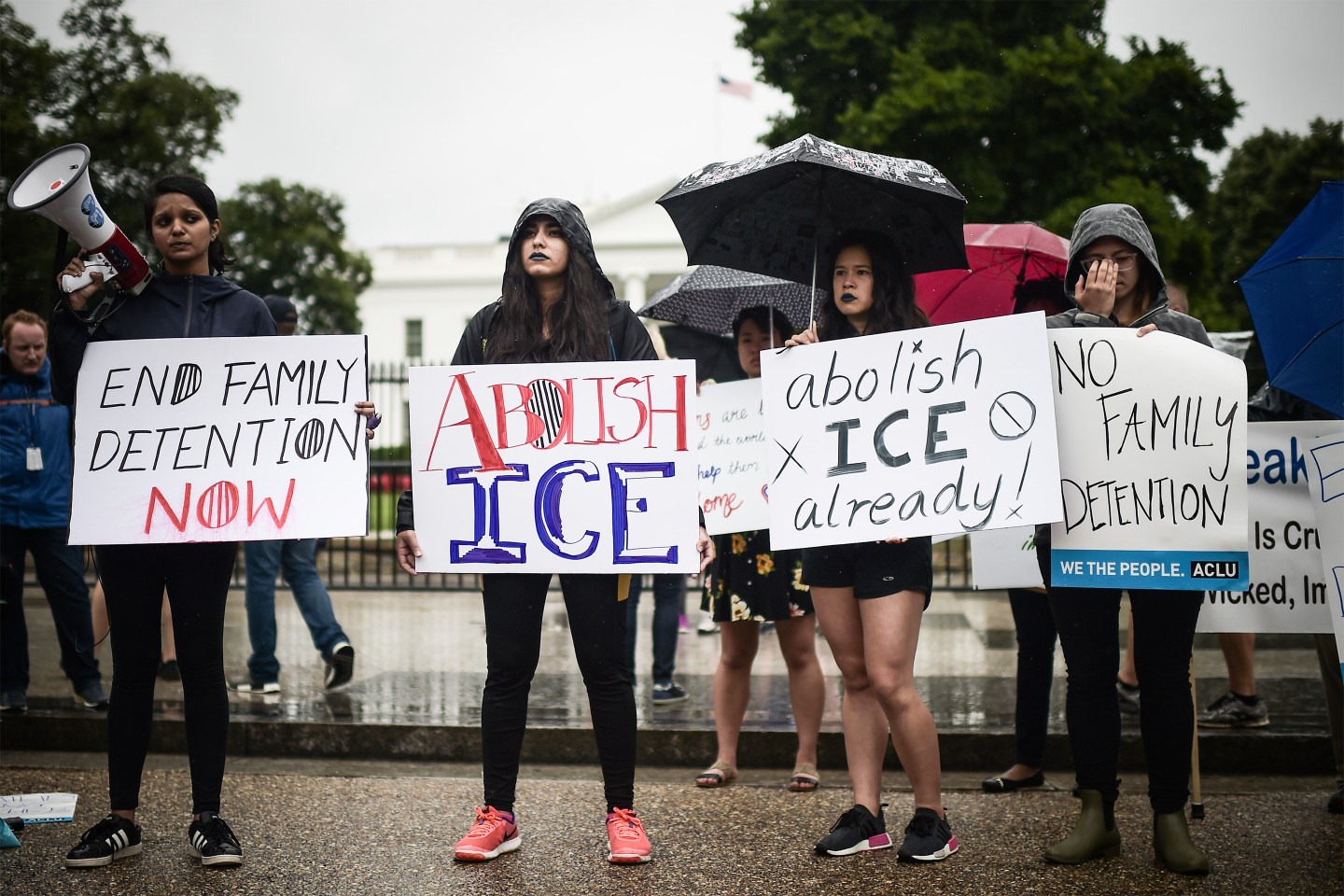 Activists gather outside the White House in response to a call from the American Civil Liberties Union (ACLU) to protest the separation of children from their migrant families at the US-Mexico border, June 22, 2018 in Washington, DC. (Photo by Eric BARADAT / AFP) (Photo credit should read ERIC BARADAT/AFP/Getty Images)
Eric Baradat—AFP/Getty Images

The American Civil Liberties Union (ACLU) has seen a spike in membership in the Trump era. ACLU membership grew from 400,000 to 1.84 million in the 15 months following President Donald Trump’s election, according to the New York Times. The group’s online donations used to run between $3 to $5 million annually, but in the year after Trump took office, it raised $120 million online.

“Until Trump, most of our support came from people who have been with us since we challenged Nixon,” Anthony Romero, the ACLU’s executive director, told the Times. “Now we’re kind of cool. Cool’s not a word generally associated with us.”

Since 1920, the ACLU has been a defender of human rights, adding their resources to cases like Brown v. Board of Education and Roe v. Wade. Their nonpartisan commitment to constitutional rights even led them to defend the free speech rights of a Nazi group in 1978.

According to its website, the ACLU aims to “fight government abuse and to vigorously defend individual freedoms including speech and religion, a woman’s right to choose, the right to due process, citizens’ rights to privacy and much more.”

Under the Trump administration, the group has fought cases concerning the travel ban from Muslim-majority countries, limitations on transgender people serving in the military, and the recent separations of migrant families at the border. The Times reported the ACLU has taken 170 “Trump-related legal actions” since the business mogul took office, including 83 lawsuits.

The influx of donations from new supporters has allowed the ACLU to hire more lawyers and expand its outreach. It has added litigators to its national office and throughout its 54 affiliates (there’s one in each state, with three in California, plus one in Washington D.C., and one in Puerto Rico), but numbers are still modest compared to the U.S. government. The Times reported that the Department of Justice employs 11,000 lawyers. When you include those in the Department of Homeland Security and Health and Human Services, the total comes to 18,000.

“We’re the biggest of the advocacy groups, but even if we go from 300 to 500 lawyers, we are still tiny,” said Romero. “The power of the federal government can’t be overestimated.”

In addition to growing its staff, the ACLU has launched a new program called PeoplePower.org, a grassroots organizing system that runs campaigns like Let People Vote. Getting involved in electoral races is a controversial new direction for the ACLU, but the organization remains focused on ballot questions concerning civil rights and liberties. Individual donations and celebrity fundraisers have allowed the ACLU to do this.

“We’ve just never had this much money,” said Romero. “In the old days, if we cobbled together $50,000 for a ballot referendum in California, and that was being in the game. Now we’re dropping $5 million in Florida, $3 million in Michigan. We’ll spend close to $10 million on ballot referenda this year.”

With new resources, the ACLU has only doubled down on its goals in defense of civil rights in the Trump era.

“Pressure in the courts, pressure from the public,” said Romero. “We have to keep him in the pincers. It’s the only way.”