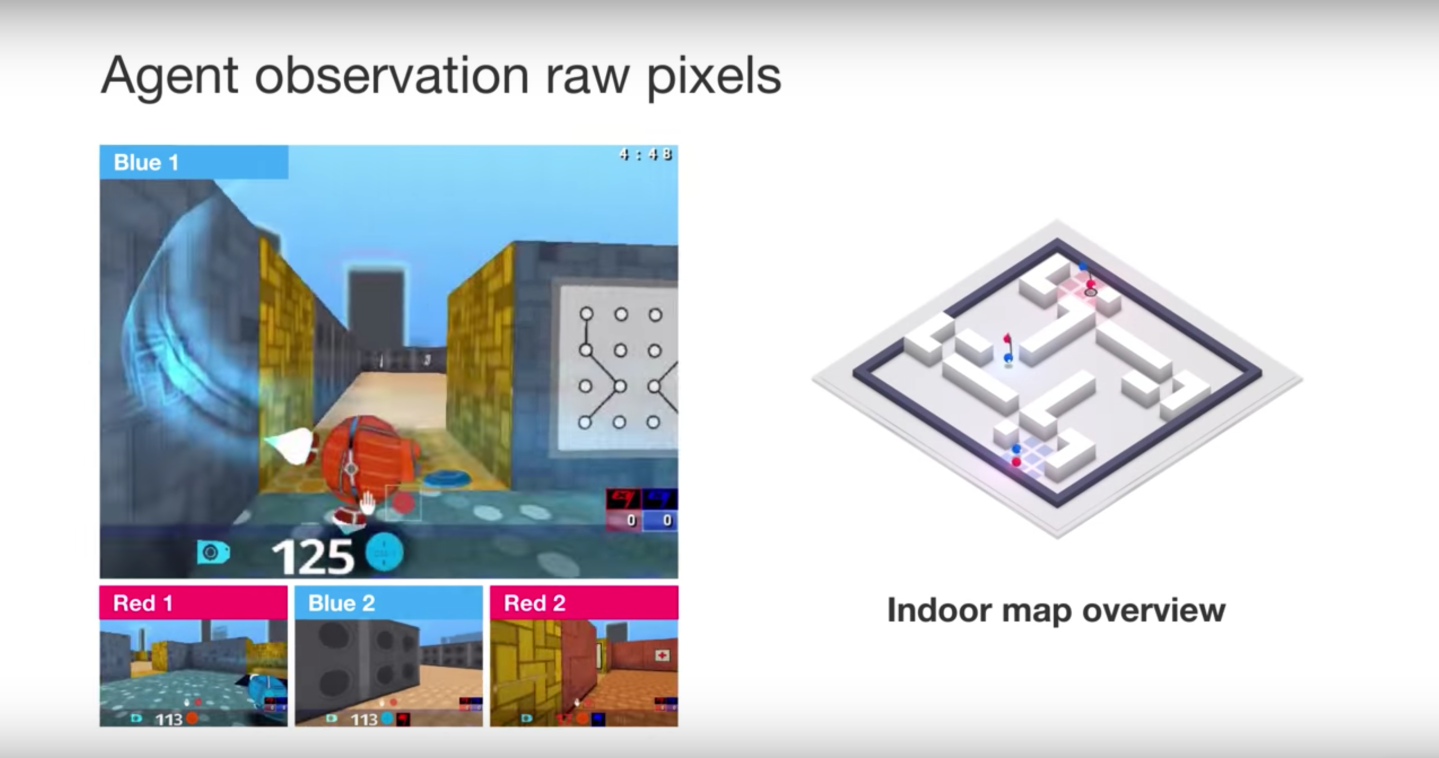 Two years ago, DeepMind drew headlines by creating an AI system that defeated the world champion of the game Go. Now another program at the Alphabet subsidiary has learned how to play the popular multiplayer video game Quake.

DeepMind said Tuesday that it had developed innovations and reinforcement learning that enabled an artificial-intelligence system to achieve human-level performance in Quake III Arena‘s Capture the Flag, a 3-D first-person multiplayer game.

DeepMind said that learning to play Capture the Flag was intended as an exercise in which several individual agents must act independently, while learning to interact incorporate with each other. “This is an immensely difficult problem — because with co-adapting agents the world is constantly changing,” DeepMind said in a blog post.

Quake Arena III is a first-person shooter video game with simple rules — two teams protect their own flag while seizing that of their opponent — but also the potential for complex outcomes. The game requires players (or in AI parlance, agents) to cooperate with team members while competing with others amid a changing variety of maps.

The agents were never instructed about the rules of the game, yet were able to learn the game “to a very high standard,” DeepMind said. In a tournament randomly mixing AI agents with 40 human players, the agents quickly learned to exceed the win rate of their flesh-and-blood counterparts. Even scarier, human players rated the agents as more collaborative teammates than other humans.

“Agents in fact learn human-like behaviors, such as following teammates and camping in the opponent’s base,” DeepMind said on its blog. “In general, we think this work highlights the potential of multi-agent training to advance the development of artificial intelligence.”