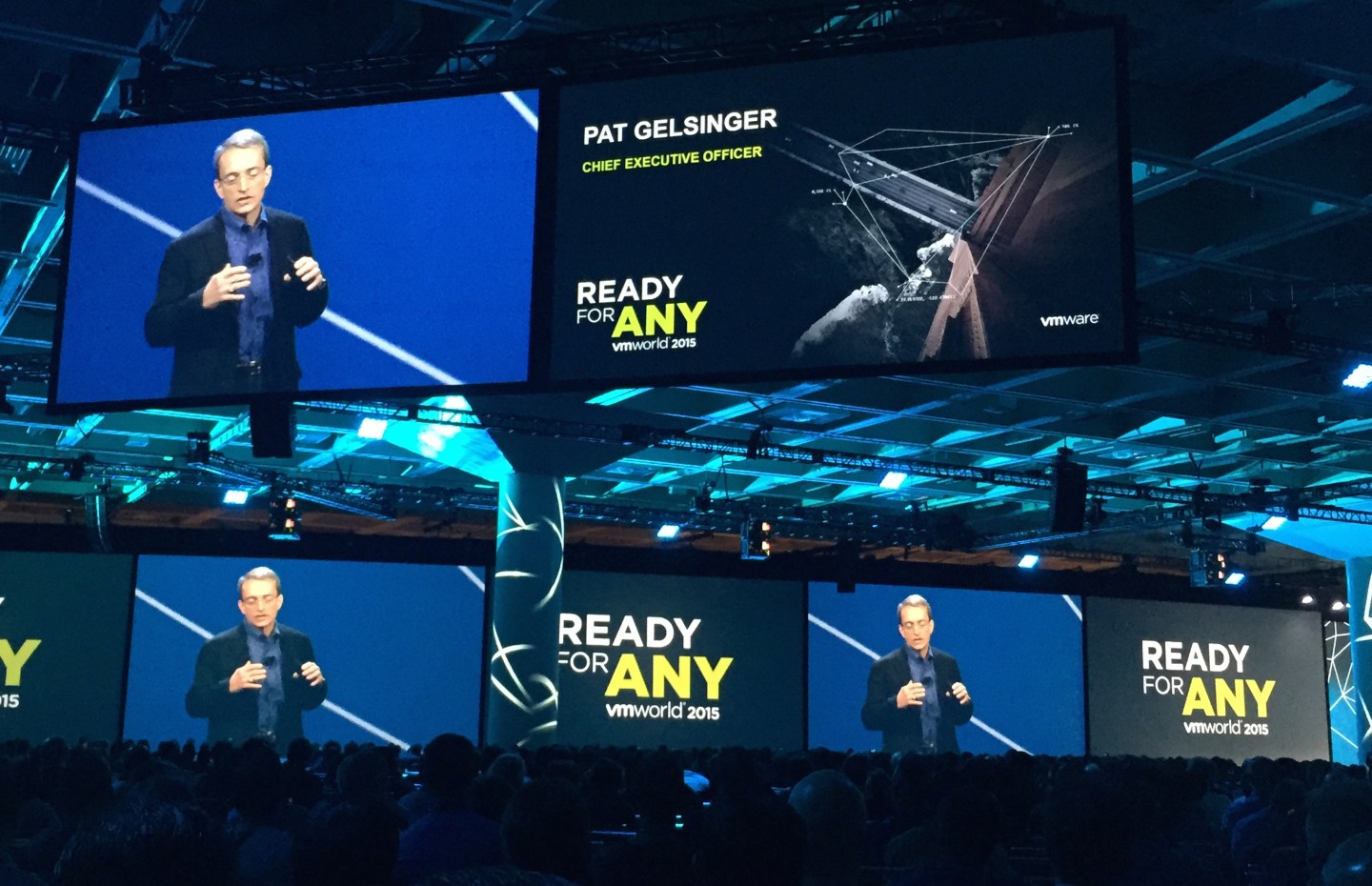 As we head into the 4th of July holiday, this will be the last issue of Data Sheet for the week. We’ll be back in your inbox on Monday, July 9. Adam and I hope you have the opportunity to recharge and relax as we all celebrate Independence Day.

And speaking of maintaining independence, it’s been quite a few weeks for Pat Gelsinger, the boy genius chip designer who now runs VMWare. Gelsinger got his start as a quality control tech at Intel and the company helped pay for him to go to college. He rose through ranks as the youngest ever this and first ever that, eventually leading the design of Intel’s 486 chip line. In 2001, he was named the first chief technology officer in Intel history. But when a relatively young CEO, Paul Otellini, seemed to block Gelsinger’s path to the top, he jumped ship and joined EMC. Within a few years, he got that CEO job, running EMC’s majority-owned but independently run software developer, VMWare.

So when Intel CEO Brian Krzanich was forced to resign two weeks ago, the spotlight immediately turned to one of the chipmaker’s almost-CEOs who got away. Gelsinger shut down that speculation and quick, tweeting: “I love being CEO @vmware and not going anywhere else. The future is software!!!” An hour later, Gelsinger’s current boss, Michael Dell responded to the tweet with a “You’re the best” cartoon.

The open CEO seat may have come at an opportune time to increase Gelsinger’s leverage, though. Dell has been trying to reorganize, simplify its corporate structure, and find a way to become a public company once again. Since acquiring EMC and the controlling stake in VMWare two years ago, Dell had kept Gelsinger in charge and allowed the boy wonder to do his thing. VMWare’s revenue was up a healthy 12% to almost $8 billion last year and the stock has gained 89% over the past year, including a 10% jump on Monday alone.

But one move under consideration at Dell would have been to wholly acquire VMWare, fully subsume it as part of the Dell empire, and turn its publicly traded stock into currency for Dell. That could have been a morale killer for VMWare employees and hurt its critical relationships with hardware partners that compete with Dell.

In the end, Michael Dell and his private equity buddies went another way, buying out the tracking stock they created for the EMC acquisition for $22 billion. VMWare keeps its stock–and its independence–though not without some cost. Gelsinger will have to raid VMWare’s coffers to pay a special dividend, the lion’s share of which will go to Dell and be used for the tracking stock buyout. The decision not to fully consume VMWare prompted that 10% jump in its stock on Monday. For Pat Gelsinger, there will be much to celebrate on this 4th of July. But he’ll celebrate quickly. Later this month, he’s off to Africa to climb Mt. Kilimanjaro to raise money for a high school for girls in Kenya (you can help, too).

In yesterday’s Data Sheet I misspelled the name of University of South Carolina history professor Allison Marsh. My apologies.

Letting the air out. Some of the better deals in telecom are getting less good. AT&T is raising the price of its DirecTV Now Internet cable service by $5 a month to $40, following similar moves by competitors Sling TV and YouTube TV. And Comcast says it's limiting the speed of tethering and downgrading the quality of streaming video on its relatively new wireless service Xfinity Mobile.

Winding down. Not every acquisition by Facebook works out as well as Instagram. The social network said it is killing three apps that didn't catch on: anonymous feedback app tbh, contact manager Hello, and fitness app Moves. Both tbh and Moves end up as acquisitions that didn't work out. Meanwhile the federal investigation of Facebook's Cambridge Analytica data sharing scandal has widened to include the Federal Trade Commission (which polices false statements to consumers) and the Securities and Exchange Commission (which polices false statements to investors).

Peeking over your shoulder. But today's new scandal du jour hits not Facebook, but Google. The company was allowing some developers to examine users' Gmail accounts and scan the contents, the Wall Street Journal reports. Google says the program only involved vetted developers and mail of users who granted explicit permission.

Winding down, part two. It's been a long time since HTC was the top smartphone seller, seven years to be precise. Lately, it's shrinking and falling back. After selling much of its design staff to Google to $1.1 billion last year, the company now is trimming 1,500 manufacturing jobs in its home country of Taiwan.

Not all bad news. Get your one-click purchasing finger ready to click. Amazon says its made-up bargain holiday Prime Day will start at 3 p.m. on July 16 and continue, with thousands and thousands of deals, for 36 hours this year. That's 50% longer than last year, as Jeff Bezos might say.

Pedal faster. Ride sharing isn't enough for Lyft. The number two car hailing service is buying Motivate, the largest bike-rental operator in North America and the parent company of NYC’s CitiBike and Chicago’s Ford GoBike, which will all apparently be renamed Lyft Bikes. Rumored at $250 million, the deal offers Lyft a greater view into consumers' transportation needs in big cities. Uber already bought a bike sharing company back in April, but it's expanding into a new business, also. The number one car hailing service is starting a print magazine called Vehicle in a couple of cities to share stories from drivers and riders.

Traditional television is cracking, but what comes next? Google's YouTube and Amazon's twitch are obviously great successes that could be followed. Verizon tried–and possibly spent over $1 billion–on its Go90 short video service. After three years of failing, the telecom giant is finally giving up and closing down the unit. Sahil Patel at Digiday has the inside story on some of the mistakes and bad moves that doomed Go90 to the dustbin of history. One problem: who was the target audience?

Multiple Go90 production partners describe a scenario where Verizon executives were so consumed early on with the idea of providing a large quantity of high-quality content, that they never showed any focus. There was no indication that Verizon actually knew the audience that they were trying to reach. Meanwhile, YouTube and social platforms such as Instagram and Snapchat continued to draw in younger users with formats and products that made sense for mobile screens.

“They thought people were going to come because they want to turn their phones and spend time watching a ton of videos,” said one longtime Go90 production partner. “But you haven’t asked if people actually want that. Where’s the market research that says this is worth spending hundreds of millions of dollars or a billion dollars — all on an experiment. It felt like no one ever did any research. It felt like they were creating a solution for a problem that doesn’t exist.”

Soccer, or as the rest of the world calls it, football is all over the news with the World Cup heading towards an exciting conclusion that will crown a new winner after Germany was knocked out. But I'm not much of a fan of either kind of football. For a different kind of story about soccer, see if you can avoid tears while reading the tale of a soccer ball that went into space, twice.