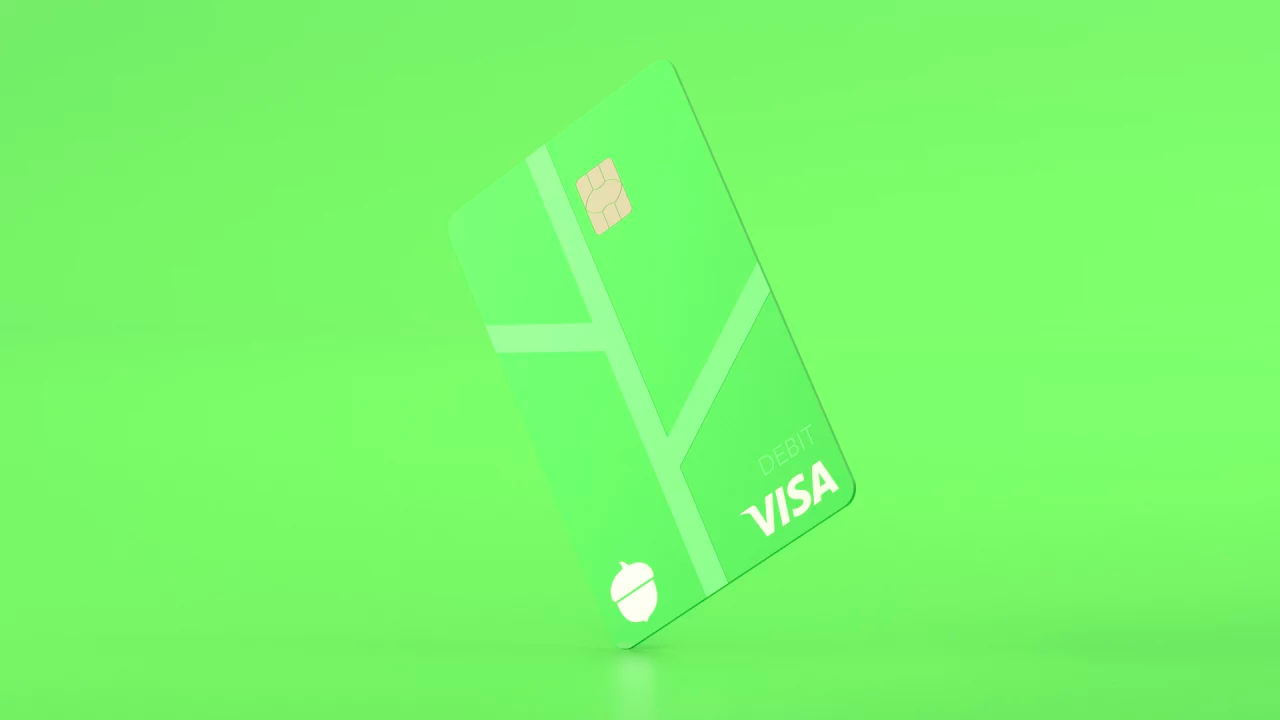 The humble debit card is eclipsing other pieces of plastic as a status symbol in the wallets of younger consumers. To meet these changing tastes in personal finance, companies are enlisting world-famous designers to give the cards a new cachet—and millennials are joining waiting lists to get their hands on them.

Consider the case of Acorns, a popular savings app that helps people invest. Upon realizing that many of its customers craved a physical card, the company hired Ammunition, the design firm co-led by Robert Brunner, a longtime industrial designer for Apple whose work appears in Museum of Modern Art collections in New York and San Francisco.

“We wanted to deliver a physical thing and have it feel special. Like an acorn coming from an oak tree, it should feel like a piece of oak,” says Brunner, adding that the card, pictured above, contains tungsten to give it a special density.

He’s not kidding. A sample card inspected by Fortune found the card to be significantly heavier than the Chase Sapphire Reserve, an upscale credit card known for its heft. Brunner added that the Acorns card’s weight and sleek design is meant to impart a sense of status in the same way as the Chase card or the American Express Centurion charge card, known as the black card.

“Confidence is a part of it—you put your card down and it shows you’re handling your business. It targets the up-and comers,” says Acorns CEO, Noah Kerner.

But the Acorns card is also very different than those upscale cards: it doesn’t offer a wealth of perks and rewards points.

Acorns, which counts more than 3.5 million customers, does offer benefits—notably automated savings features and investment top-ups from companies like Amazon—but these are modest compared to access to airport lounges or 3% cash back. The Acorns card, in other words, remains very much a conventional debit card.

Yet there is a waiting list to get one. And the same is true of stylish debit cards in the works by other millennial-focused financial companies, including SoFi, which trotted out an aqua green card in June.

One of those on a waiting list to get one is Jenna Fletcher, a 32-year-old Boeing employee in Seattle.

“The debit card is more of a financially responsible tool for me,” she says. “It ensures I spend within my limits.”

The growing popularity of debit doesn’t just reflect young people’s desire for colorful, shiny things, though that’s part of it. It’s also explained by a new generation’s discomfort with debt—a symptom of coming of age ahead of the global economic downturn of 2008-2009—and the ability of upstart financial companies to win their affection.

While traditional banks try to win goodwill with feel-good commercials and billboards, the upstarts have put their marketing energy into promoting a sense of caring and community. SoFi, for instance, offers pizza parties and online encouragement groups—helping it pull off the remarkable feat of making its customers look warmly on the holder of their student loans.

Meanwhile, the cachet of credit cards has declined among young people who are less likely to regard them as status symbols of adulthood.

“I don’t have a lot of friends who use credit cards, and those who do don’t use them responsibly. It doesn’t make me feel like I should get one,” says Carolyn Shao, a senior at New York University.

Shao says debit cards are the go-to payment option for most of her cohort, along with peer-to-peer services like PayPal-owned Venmo, which is itself trying to get in on the debit card game.

Unsurprisingly, Venmo’s play for plastic involves an emphasis on design. After rolling out an odd-looking card showing a wet lump of baker’s dough, the company conceded the jokey picture (it’s dough, haha!) was a misfire, and replaced it with a more stylish, choose-your-color set of options:

The recent popularity of debit cards is unlikely to go away anytime soon, according to Max Abramsky, an analyst with market research firm CB Insights.

“As more millennials move away from credit cards, fintech companies are further incentivizing debit use,” Abramsky says. “Unique rewards, such as Square Cash’s reward program for coffee purchases, are tailored to millennial spending habits. Companies hope these unique value-adds will encourage daily use of their banking products.”

Meanwhile, the one-time payment method of the future—using smartphone apps like Apple Pay—appears to have fizzled among millennials, who are embracing debit cards instead.

An earlier version of this story misattributed the quote by Acorns CEO, Noah Kerner.