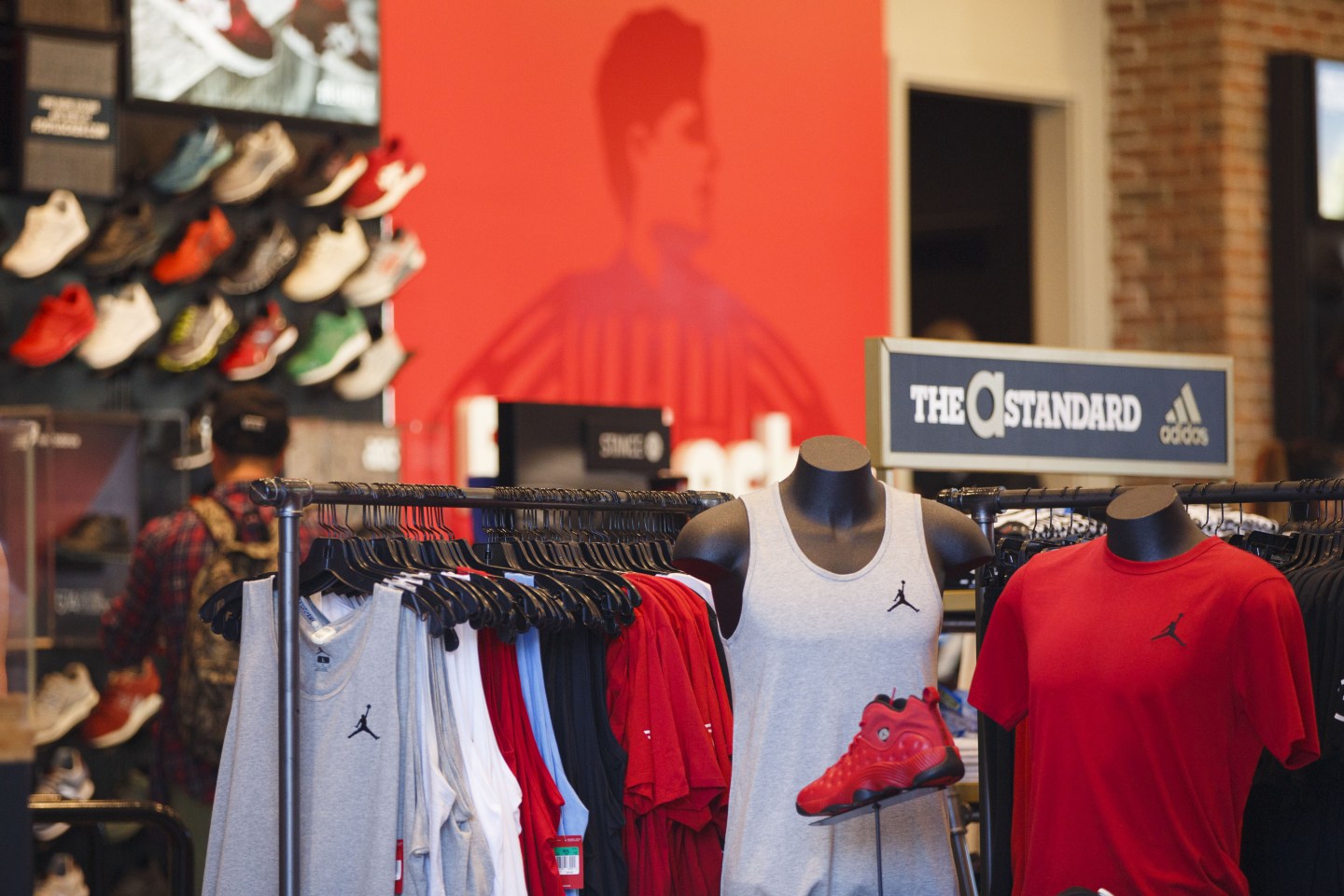 Nothing like a set of strong financial results to help Wall Street forget about corporate scandals that cost a company many top executives.

Investors shrugged off a number of behavior scandals at Nike (NKE) earlier this year that led to the departure of 11 top executives, including the head of the Nike brand who had been seen as a leading contender for the CEO job, in the face of the sports gear company return to growth in North America after three quarters of declines.

Shares rose 12.5% in Friday morning trading to $80.62 as Nike reported a 3% jump in North American sales $3.9 billion for the three months ended May 31, fending off a big challenge from a resurgent Adidas and a soft basketball business.

What’s more, Nike’s online business continued to sizzle: online sales of its namesake brand (the company also owns Converse) rose 25%. Nike has teamed up with the likes of Tmall in China, Zalando in Europe, and Facebook Messenger, not to mention a partnership to sell on Amazon.com (AMZN), which CEO Mark Parker told investors was “progressing well” and that began last year after years of reluctance from Nike.

Nike, based in Beaverton, Oregon, said it had a net profit of $1.1 billion on sales of $9.8 billion for the fourth quarter, beating Wall Street expectations for $9.4 billion. In China, sales rose 35%, and also rose in Europe, Latin America and elsewhere in Asia, showing how broad based the improvements where. Nike raised its sales forecast for the year as a result.

But above all, Parker point to strong merchandise for Nike’s return to form, with analysts noting products like React, the Air Max platform, and Nike’s NBA items, doing well. “I’ll put an exclamation point on the product as being a driving force,” Parker said.