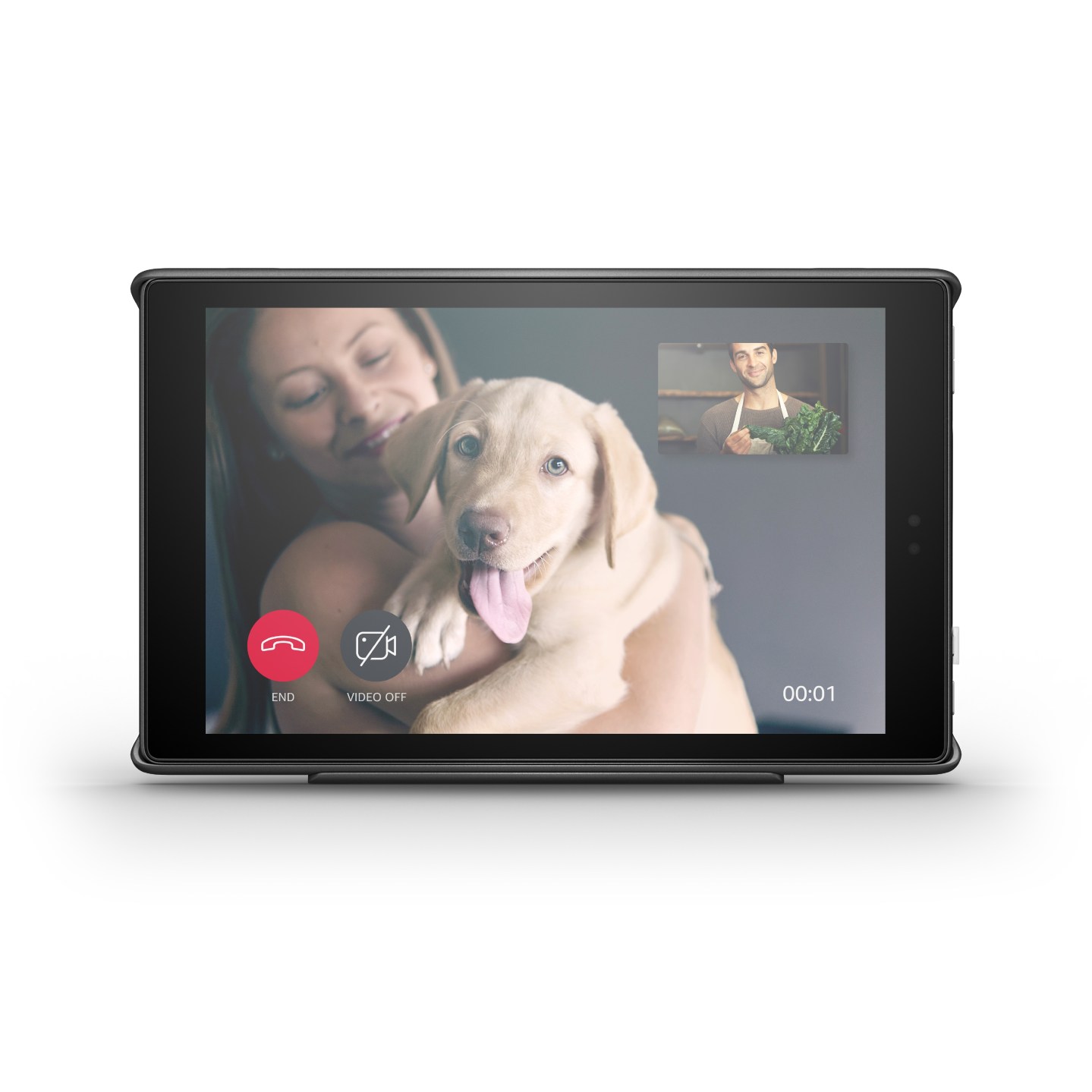 Amazon is making it much easier to get an Echo Show without ever having one.

The company on Thursday announced that it will begin rolling out a software update to Fire HD 8 and Fire HD 10 tablets next week called Show Mode. The feature delivers a hands-free Alexa service to the device that will display your calendar, allow you to watch video, check in on connected cameras, and more. The software update effectively converts Amazon’s tablets into Echo devices with screens. And whenever you want to go back and use them as a tablet, you can simply turn off Show Mode.

In addition to the free software update, Amazon also said that it’s launching a Show Mode Charging Dock for the tablets. The Dock will put the tablets into Show Mode and allow them to be propped up on a table or counter. The Fire HD Dock will go for $35 and the Fire HD 10 model will cost $50.

Unlike most of Amazon’s other Echo smart home devices, the Echo Show comes with a touchscreen that allows you to watch videos and read lyrics while songs play. The screen also lets you access apps and adds another layer to the broader Echo experience. But since it needs to be plugged in to operate, you can’t bring the device wherever you go like you could with a tablet. Amazon’s Show Mode aims at creating what amounts to a mobile experience with the Echo Show by using its Fire HD tablets.

Amazon’s Show Mode announcement was made alongside the launch of a new Fire HD 10 Kids Edition. The tablet, which will begin shipping on July 11, has a 10.1-inch screen and 32GB of onboard storage. It also comes with one free year of Amazon FreeTime Unlimited, which will allow parents to monitor and decide how their kids can use the slate. A kid-proof case and two-year warranty also come with the tablet, which is on sale for $200.