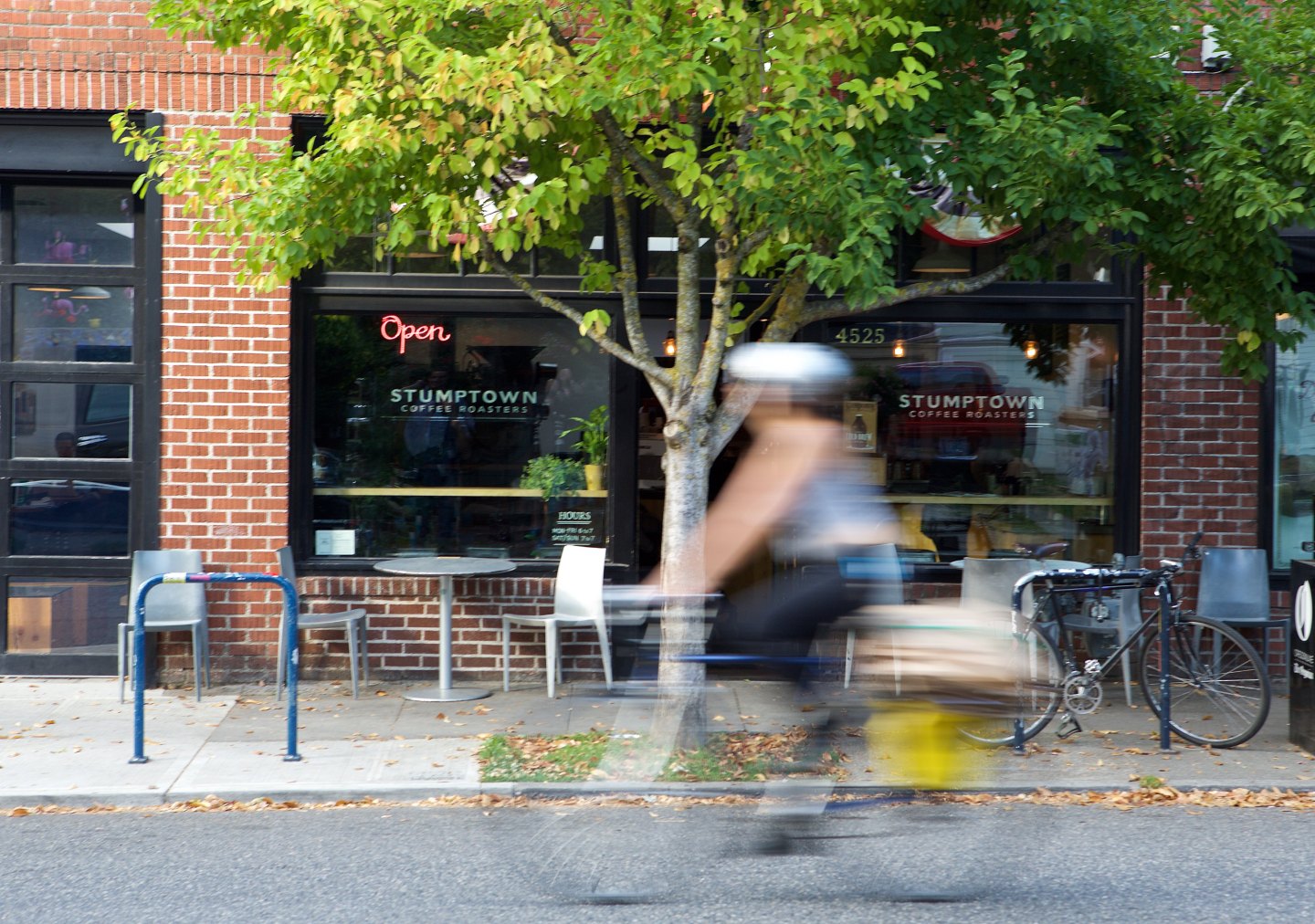 Three deadly streets in Portland, Oregon, are about to get a high-tech upgrade. It’s not smart pavement or Robocop traffic guards, but an intelligent set of sensors mounted on street lights that will provide a constant stream of information about what’s moving, and how fast. The city announced today that a consortium under the City IQ banner of AT&T, Intel, and Current by GE will work with Portland General Electric to hang 200 “smartphones for municipalities,” as AT&T vice president of Internet of Things (IoT) Michael Zeto describes them.

This “Traffic Sensor Safety Project,” as the city dubs it, is part of Smart City PDX. The same consortium is also at work deploying thousands of sensing devices in San Diego.

Zeto, the general manager of the company’s Smart Cities program, says that the devices combine cameras, microphones, and environmental sensors, which can identify pedestrians, cars, and cyclists, help pinpoint the location of gunshots, and sniff for pollutants. In Portland’s case, the focus in this pilot deployment focuses on traffic safety to help move towards the city’s Vision Zero goal, a global name for changes in traffic flow and management intended to reduce traffic impacts, accidents, and fatalities dramatically. The city hopes a deeply granular, automatic, continuous, and real-time stream of data will help it better understand what’s not working.

With privacy a paramount concern, especially in a city like Portland—known for liberal policies and regular protests against government intrusion—the City IQ devices will retain no video. In fact, they won’t even pass video over a network. Instead, AT&T’s Zeto notes, they use onboard computer-vision software to identify objects and pass just that resulting analysis on.

Zeto says the system is also configured to pass along no “personally identifying information” (PII). That would mean no facial recognition, license-plate identification, or other elements. Zeto says cities have the option to store up to seven days of video, but the devices aren’t designed to send audio, video, or other data back in raw or streaming form to central services.

The Portland project is a relatively small pilot with a sharp focus on its three worst streets, which collectively had hundreds of mostly automotive collisions between 2011 and 2015, and a number of fatalities among them. The sensors will provide continuous information about the numbers of cars, people, and bikes, and calculate and pass along the speed of whatever it spots. The project will cost just over $1 million, paid for in part by contributions by the consortium behind the pilot.

In a statement, Portland Mayor Ted Wheeler said, “We are at the forefront of using advanced technology to make our cities safer for pedestrians, cyclists and drivers, helping people more easily get around, save time and reduce the possibility of crashes.”

Many efforts to provide municipal intelligence through densely deployed multi-sensor devices have come from startup firms that provide nearly every aspect of the technology. Most have fallen short, and cities like Portland have sometimes been left with a bill to clean up the mess after a bankruptcy or withdrawal. While Portland may be a city easily seen as dubious of massive and multi-national corporations, the partnership among AT&T, GE, and Intel relies on firms with well-established specialities.

San Diego’s deployment of over 3,000 sensors, plus 14,000 LED lights, is about a third of the way through, Zeto says. It’s a full-scale deployment with large savings on the cost of street lighting and associated maintenance, which San Diego expects will cover most of the cost. But the project hasn’t yet come far enough to generate lessons for the consortium, yet.